You are here: Home / Site News / Featured / The Tube: How the Different Tube Lines Got Their Names 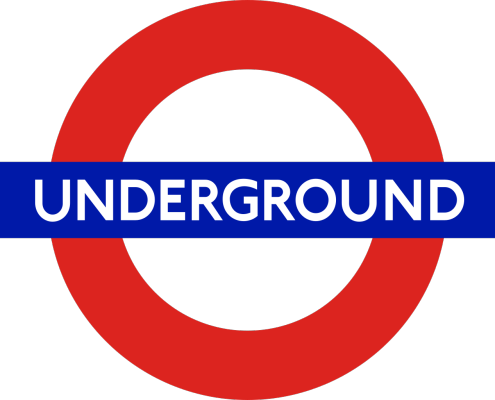 Millions of Londoners and tourists use the London Underground every day. They travel from north to south, east to west, and back again along lines with some seemingly unusual names. Bakerloo, Waterloo, Hammersmith & City, the names for the lines on which Tube cars travel come from history, geography, and special occasions. Most people may not have considered these origins, but once you’ve finished reading this article, you’ll be sure to think about them each time you step into the Underground.

The Bakerloo Line goes all the way back to 1865 and the old pneumatic system when it was known as the Waterloo & Whitehall Railway, then the Charing Cross and Waterloo Electric Railway in 1882. Work on the current line began in 1898 and it opened in 1906 as the Baker Street & Waterloo Line, a name that was eventually shortened to simply “Bakerloo”.

The Circle Line opened in 1884 and its name comes from the ring that it makes around the city. An extension out to Hammersmith was added in 2009 that creates a more spiraling look.

Jubilee is the youngest line in the Underground and its name has a very special significance. Like Most of the other lines, it was originally part of the Metropolitan Railway. In 1971, construction began on the new “Fleet” Line to help ease some of the congestion for travelers coming from suburbs in Northwest London. With the Silver Jubilee of Queen Elizabeth II coming up in 1977, the suggestion was made in 1975 to rename the line “Jubilee” in her honour. At first, the recommendation was shot down as being too costly, but a victory by the Conservatives in the Great London Council Election of 1977 resulted in the change happening anyway, as the candidates had made the change part of their campaign platforms. The line is also coloured silver in reference to this event.

The Metropolitan Line is the oldest of the Underground lines, having opened in 1863 as the first underground railway in the world. The name is in recognition of London’s status as the largest city in the world for much of the 19th Century. The line is also known as the “Met” and even inspired the French Metropolitan, which imitated the name from London.

The Northern Line came about as a result of the integration of the City & South London Railway and the Charing Cross, Euston, & Hampstead Railway beginning in the 1920s, though both railways existed as early as 1890. It was officially named the “Northern” Line in 1937 in recognition of a planned addition of a “Northern Heights” railway extension. The plans for the extension were eventually abandoned in 1954, but the line kept the name.

Before the Jubilee Line opened in 1979, the Victoria Line was the youngest in the Underground, having opened only 11 years prior in 1968. A Working Party set up by the British Transportation Commission recommended the line as an extension to help relieve congestion by establishing a line to run from Walthamstow Station to Victoria Station, the latter of which is where the line gets its name. The station’s name comes from Victoria Street above the station, which, as you may guess, is named for Queen Victoria.

The original line followed the London & South Western Railway, which within London had a station near Waterloo Bridge. The Waterloo Bridge Station eventually became shortened to Waterloo, but both reference the Battle of Waterloo, in which the Duke of Wellington was the leader of the British forces that worked in an alliance with other European nations to deliver a final defeat to Napoleon.

Editor’s Note: The Docklands Light Railway is not included on this list as it’s not part of the Underground but it’s name after the…. Docklands.