You are here: Home / Culture / Ten Interesting Facts and Figures about South London 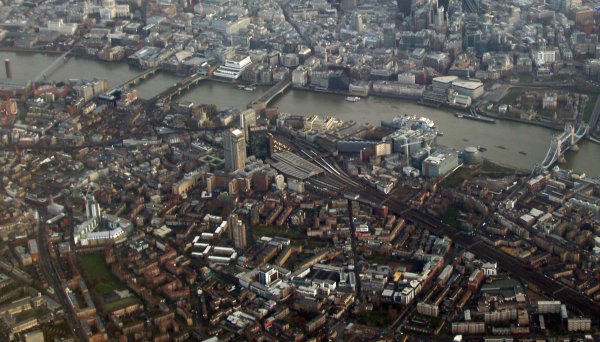 Twelve boroughs make up the area of South London as determined by the 2011 Boundary Commission for England. These boroughs include: Bexley, Bromley, Croydon, Greenwich, Kingston, Lambeth, Lewisham, Merton, Richmond, Southwark, Sutton, and Wandsworth. The boundary has changed over the years as the Commission has shifted boroughs such as Bexley, Greenwich, and Lewisham to East London, Richmond to West London, and Southwark and Lewisham to Central London. With so many boroughs inside South London, there are many interesting facts about the area.

The O2 Arena in Greenwich, originally known as the Millennium Dome, is so large that it can fit the Great Pyramid of Giza or the Statue of Liberty inside. It is the largest structure of its kind in the world, but with a seating capacity of 20,000, it comes in second to the Manchester Arena. However, the O2’s ticket sales are much higher, having sold 2.12 million tickets to events in 2013, while the Manchester Arena sold just 1.19 million.

Every Day of the Week

St. Thomas’ Hospital in Lambeth is an NHS teaching hospital that was established in the late 12th Century and is named after St. Thomas Becket. It is believed that, at one point, the hospital had seven buildings, with one for each day of the week. This was to help doctors and staff know when the patient had been admitted to the hospital, as patients were assigned to a building based on the date of admittance. Only two of those buildings still remain.

Laws of the time prevented much of the London populace’s favorite entertainments such as the theatre, bear-baiting, and brothels. As such, many of these establishments set up across the river in Southwark. This didn’t stop several Tudor monarchs from attempting to shut down the brothels and the bear-baiting as morally repugnant, though Queen Elizabeth I did enjoy bear-baiting and did not attempt to shut it down along with the brothels.

The Croydon Airport was one of the first airports to offer commercial flights and was the first airport in the world to have air traffic control. The world’s first public railway was also in Croydon; it opened in 1803 and connected the borough to Wandsworth. This was instrumental in beginning the era of commuting—one that current London residents probably dread.

The borough of Bromley was the birthplace of The Time Machine author H.G. Wells in 1866. Wells’ father was the captain of the Bromley Cricket Club and owned a store in the borough that sold cricket gear. Plenty of famous musicians have lived there as well, including: David Bowie, Peter Frampton, Siouxsie Sioux, Billy Idol, and Topper Headon. Infamous occult figure Alastair Crowley lived there as well.

How’s the Weather Up There?

The first weather report in the world was issued from the Greenwich Royal Observatory by James Glaisher in 1848 and was published in the London Daily News. Glaisher was a founding member of the British Meteorological Society in 1850.

Battersea Power Station in Wandsworth has long been a London icon, even though it is no longer used to supply power to the city. Pink Floyd has been linked to the power station through its albums, especially Animals, the cover of which featured an inflatable pig flying above the station. It’s said that, on the day of shooting, the pig broke free of its moorings and actually caused a disruption in flight paths of Heathrow Airport.

The entrance to the Coydon B Power Station was once used as the exterior of the Information Retrieval building in Terry Gilliam’s film Brazil in 1985. The interior of one of the cooling towers was the setting of Sam Lowry’s torture.

The Institute for Economics and Peace listed Lewisham as the “least peaceful” place in England and Wales in a 2013 study. The study was based on five factors, including: murder rate, violent crime rate, weapons crime rate, public disorder offences rate, and the number of police officers per 100,000 people. The murder rate was double that of the rest of the country at 2.5 people per 100,000.