You are here: Home / Travel / Attractions / Ten Interesting Facts about the Royal Observatory, Greenwich – The Home of the Prime Meridian 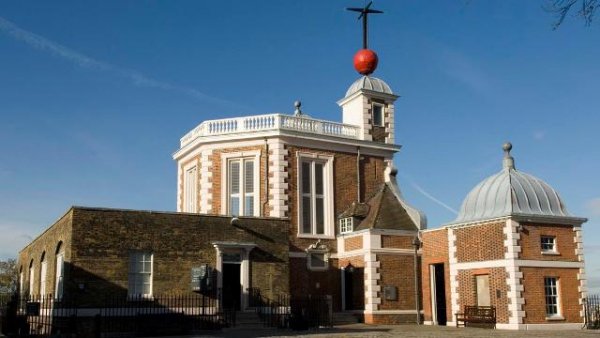 A pioneering place of British astronomy, the Royal Observatory in Greenwich has been observing the stars for hundreds of years.  It owes its existence to a Who’s Who of 17th Century Britain, as it was commissioned by King Charles II and its location site chosen by Sir Christopher Wren in 1675.  Since the Longitude Act of 1714, the Observatory has also served as the home of the Prime Meridian, a navigational tool of utmost importance to sailors.  Still important to navigation and timekeeping, the Observatory is full of many interesting facts thanks to its numerous contributions.

More Than an Architect

While Sir Christopher Wren was known primarily for all the structures he designed in London and across the United Kingdom, some might not know that he was once a professor of astronomy at Oxford University.  It was this position that led him to be on King Charles’s commission to establish the Observatory and choose the site in Greenwich.

Before the Observatory, there was no standardised method of measuring time, which could be very, very confusing.  Standardised time was essential for navigation so that mariners were able to measure their distance from the Prime Meridian in Greenwich.  Ships synchronised their chronometers to Greenwich (different from the ship’s clock) and the time zones of Greenwich Mean Time (now known as Universal Time) were set up along the lines of longitude.  In the 19th Century, mariners the world over came to rely on Greenwich on their own chronometers and helped GMT to become a universal standard for decades.

Speaking of time, the Observatory has several interesting clocks.  One is a mid-20th Century Russian-made F.M. Fedchenko pendulum clock, which is said to be one of the most accurate of its kind made into multiple copies.  The Shepherd Gate Clock is one of the earliest examples of an electric synchronised (or slave) clock.  There are also many additional slave clocks and important historical timepieces there.

At one time, the Observatory occupied 2.64 acres of Greenwich Park, but as much of the Royal Observatory was moved to Herstmonceux in East Sussex, allowing the freed up space to go back to use for the park.  Prior to the existence of the Observatory, Greenwich Park was home to Greenwich Castle, which served as one of King Henry VIII’s many hunting lodges.

Of course, Greenwich still serves an important role as a stellar observatory.  It possesses the largest refracting telescope in the United Kingdom.  Additionally, it is home to a planetarium that regularly puts on shows for visitors, lets them come face-to-face with space in the form of a 4.5 billion-year-old-meteorite, and even screens a number of sci-fi classics on the planetarium ceiling.

The Time Ball on top of the observatory is one of the earliest time signals.  At 1255, it raises up its mast to drop exactly at 1300. 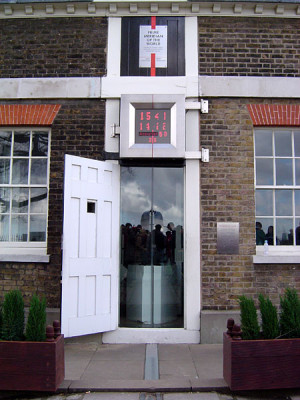 The home of the Prime Meridian, the central line used to measure distance across the world, since 1714, in 1884, Sir George Biddell Airy built the “Transit Circle” telescope that defined the exact location of the meridian.  The crosshairs of the eyepiece sit exactly at 0-degrees longitude and defines the Prime Meridian for the world.  Even though the shifting of the Earth’s crust means that the exact line of the meridian changes from one side to the other of the official meridian, the Transit Circle telescope remains the original reference point.

The Public Standards of Length can be found on one of the walls and represent the exact lengths under the imperial measurement system.  The brass pegs for each measurement are spaced far enough apart that a rod of exact length (be it a yard, two feet, one foot, etc.) should fit snuggly between them.