You are here: Home / Culture / Museums / Ten Interesting Things to See at the National Maritime Museum in Greenwich 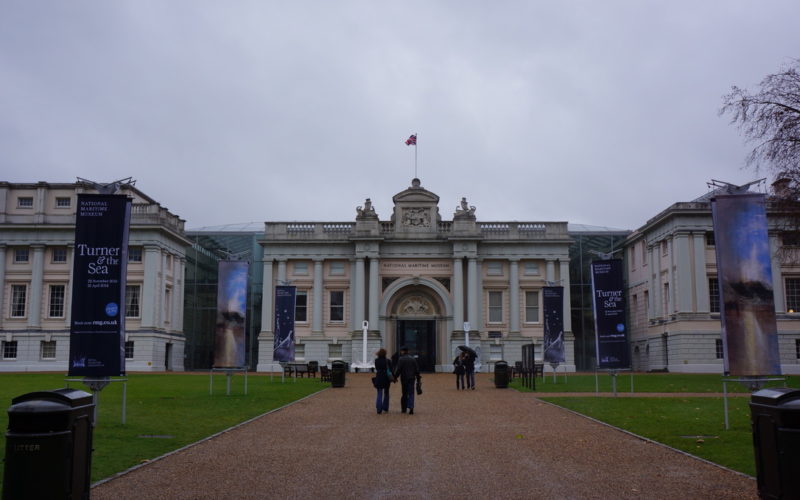 Greenwich has been an important place to seafaring and exploration for centuries since the Romans first landed their boats here to King Charles II establishing the Greenwich Observatory for “finding the longitude of places”.  Recognizing this long history, the National Maritime Museum was officially established in 1934 in the Royal Greenwich Park, with the building itself opening in 1937.  The museum contains treasures from Britain’s great history on the seas from its imperial expansion to the naval battles won by its braves commanders.  When you’re ready to visit the museum, we think you should pay particular interest to one of the ten things we’ve identified below.  If you have any favorite exhibits or items, let us know in the comments. 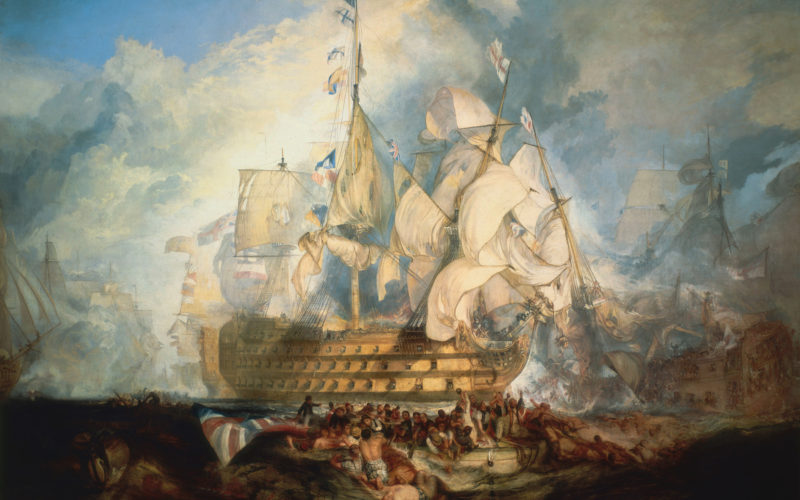 The Battle of Trafalgar is perhaps Britain’s greatest naval victory when Admiral Nelson faced off against the combined French and Spanish fleet off the southwest coast of Spain.  J.M.W. Turner’s 1822 painting depicting the battle is on display in the museum and was commissioned by King George IV. 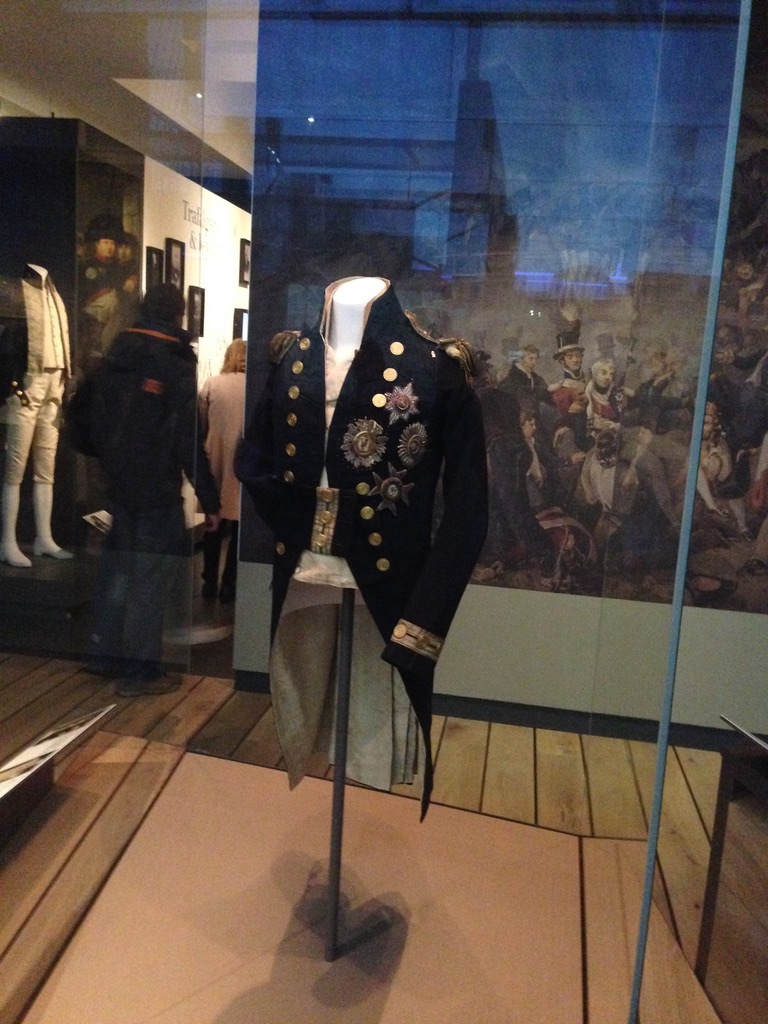 And speaking of Trafalgar, one of the battle’s greatest relics also resides at the museum.  While Admiral Nelson lost his life during the battle, the coat he wore is on display and all its military glory.  Looking closely, amongst the medals and trim, you can see the bullet hole from the French sniper that proved to be Nelson’s death.

Nelson’s Ship in a Bottle 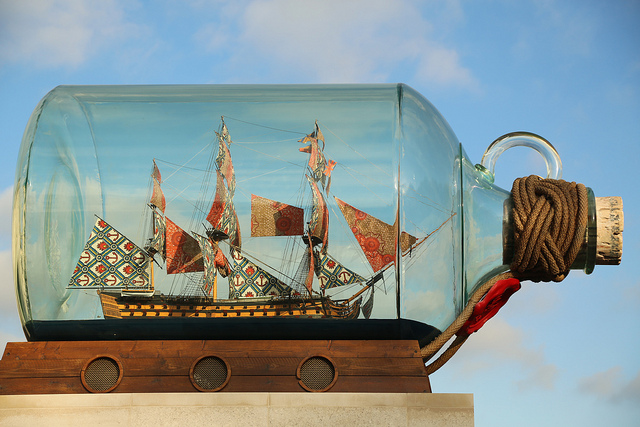 Ships in a Bottle have long been a hobby by naval enthusiasts, though craftsman Yina Shonibare is truly a work of art.  The ship is a 1:30 replica of Admiral Nelson’s flagship, the HMS Victory.  The model is incredibly detailed and takes some artistic liberties to give the model historic and symbolic meaning.

One of the newer galleries at the National Maritime Museum, the Polar Worlds exhibit focuses on the expeditions that have literally gone to the ends of the Earth—or the top and bottom at least.  The exhibit features details about expeditions to the Arctic and Antarctic to expand our knowledge about these regions and how they affect the rest of our world.

Truly, the 16th and 17th Centuries were the first major era of exploration by the world’s powers, building upon the expeditions of Columbus, Vespucci, and others.  Tudor and Stuart Seafarers is another of the museum’s newer galleries and contains exhibits dedicated to Henry Cabot, Francis Drake, the defeat of the Spanish Armada, and other important persons and moments from one of Britain’s most important marine eras.

Located on Greenwich Park in the gardens of the National Maritime Museum, Queen’s House was originally constructed for Queen Anne, wife of King James I, and designed by famed architect Inigo Jones.  The interior of the home today is filled with art galleries dedicated to some of the most beautiful works in the Royal Collection as well as Jones’s architectural works, such as the famed Tulip Stairs.

Jutland was one of the greatest naval battles of World War I, a conflict that saw great losses on both the British and German sides and a disappointing result for the Royal Navy.  Personal accounts of the battle and important relics make up most of the exhibit, with stories from both British and German sailors providing a full view of Jutland as it unfolded.

Figureheads are the ornamental carvings that have adorned the bows of sailing ships for centuries and the National Maritime Museum has over 230 of them in its collection.  “From the heroic to the bizarre”, the museum has humans, animals, mermaids, and any number of interesting badges that represented ships and her crews.

The East India Company was a major part of Britain’s expansion into Asia and the Americas.  The National Maritime Museum’s Traders Gallery is full of objects and stories from the company’s trade expeditions all over the world.  This 250-year history is on full display in this part of the museum, so be sure to check it out for how influential the East India Company was for the British Empire.

Speed was the name of the game when the Miss Britain III made her debut in 1933, racing against the Miss America X for the International Harmsworth Trophy.  While Britain lost the race to the Americans, Miss Britain’s design led to the construction of the first torpedo boats and gunboats that were instrumental in World War II naval supremacy.  Located on the ground floor of the National Maritime Museum, visitors can get a full view of one of the UK’s greatest racers.