You are here: Home / History / How London Became the United Kingdom’s Capital 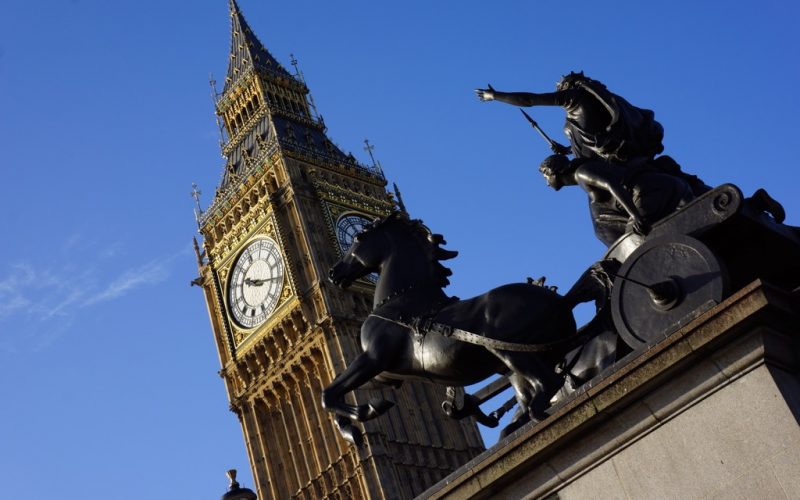 Long one of the greatest cities in the world; London is the official capital of the United Kingdom, but this was not always the case.  In times before there was even a country named England, there was no formal capital as the island of Great Britain was populated by settlements of Celts, Picts, and Gaels without the commonality of a nation.  This began to change with the coming of the Romans in 43 AD.  They founded what is technically the first British city, which was—Colchester.  Camulodunum, as it was named, was the first Roman Colonia when it was formed in 49 AD and was effectively the capital of Roman Britain.  Londinium, which had been established two years earlier in 47 AD, was only a civilian town.

This, however, changed about the 2nd Century AD when the capital was changed from Colchester to London.  By roughly 140 AD, the city had some 45,000 to 60,000 people living in it, with many public buildings and a market to rival any in Rome.  The Roman Wall around the city was constructed later in the century roughly around the same time Roman Britain was divided into two provinces with London as the administrative capital of the souther province and York the capital of the northern province.  By the 5th Century, the Romans had begun their withdrawal from Britain and London ceased to be a capital of anything.

As the Anglo-Saxons came to Britain, they made their own settlements and eventually these coalesced into the kingdoms of Mercia, Kent, East Anglia, Wessex, Sussex, and Essex.  London was bounced between Essex and Wessex when the former was absorbed into Mercia and its value as a port city saw increasing government activity.  As the Anglo-Saxon kingdoms eventually became England in the early 10th Century, London won out over Winchester as the center of government because of the wealth it amassed from trading.

King Athelstan held his council, the Witangemot, in London and King Ӕthelred issued laws from the city, further increasing its political importance.  The Witangemot then proclaimed Ӕthelred’s son Edmund king from London in 1016, but he didn’t get to enjoy a long reign.  Following defeat by the Danish King Cnut the Great, Cnut constructed his royal residence on Thorney Island, which would become the Palace of Westminster.  Cnut’s successor, St. Edward the Confessor, then consecrated Westminster Abbey in 1065, thus making London a political and religious center for England’s rulers.

London’s status as a capital city was further cemented in 1066 when William the Conqueror marched on London following his victory in the Battle of Hastings.  He was crowned king in Westminster Abbey in 1066 and constructed the White Tower of the Tower of London to serve as his primary royal residence and place of governance.  Parliament then formed in 1215 as a result of the signing of the Magna Carta and met in the Palace of Westminster.