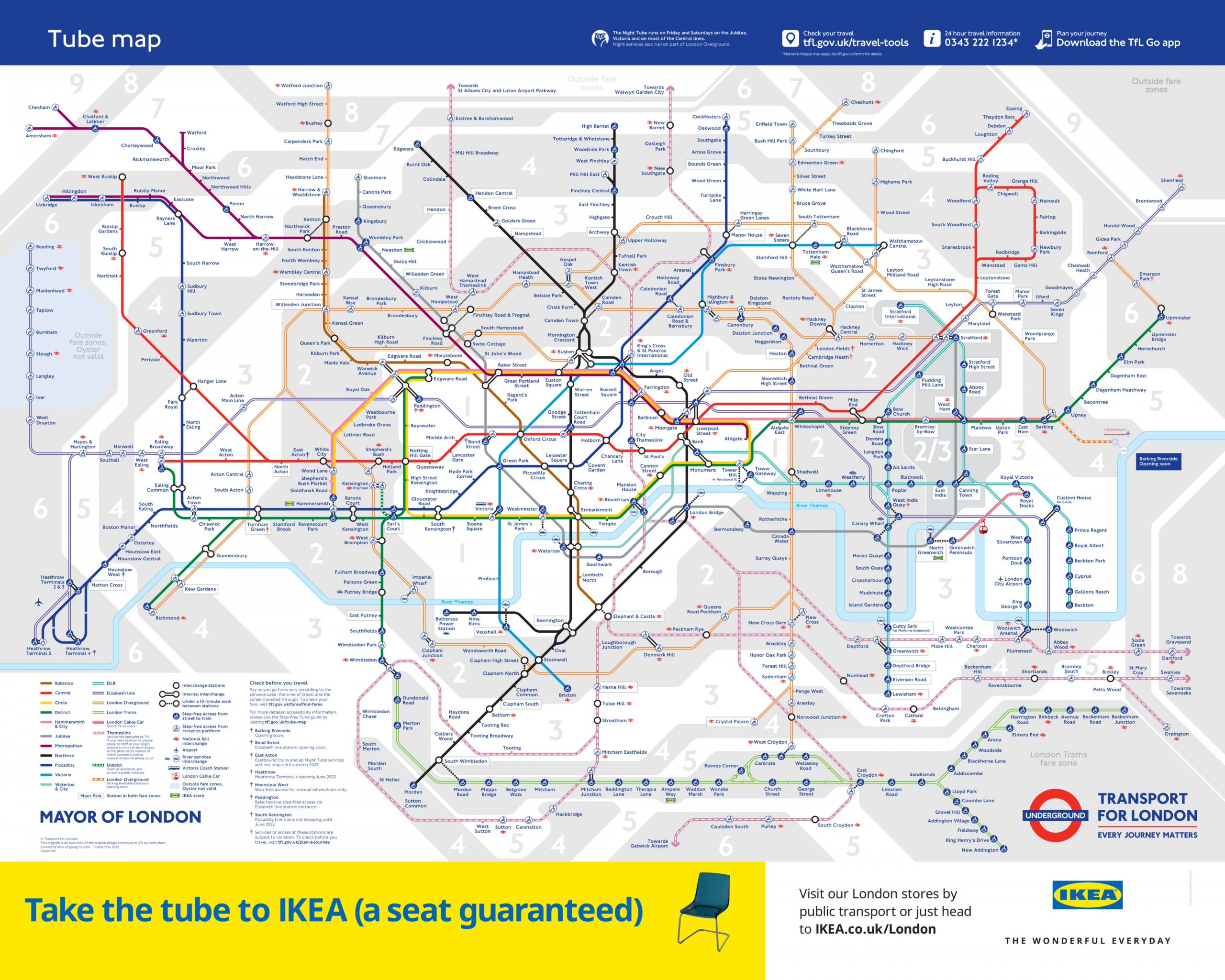 Transport for London (TfL) has released a new Tube map with the Elizabeth line included for the first time.

The new east-west railway has been added to the map ahead of its opening on May 24.

It is displayed as a double purple line rather than a solid line to “differentiate the Elizabeth line as a new railway as opposed to a London Underground line”, TfL said.

The line stretches from Reading in Berkshire and Heathrow Airport in west London to Shenfield in Essex and Abbey Wood in south-east London.

Trains will initially operate in three sections, which are expected to be integrated in the autumn.

The new central section, built by the delayed and overbudget Crossrail project, runs through tunnels from Paddington in west London to Abbey Wood.

Services on the two other sections already operate as TfL Rail, and will be rebranded to the Elizabeth line from May 24.

The line is named in honor of the Queen, who visited Paddington station on Tuesday to mark the completion of Crossrail.

The map also includes the Bank branch of the Northern Line, which reopened this week after a 17-week closure for major upgrades, and the London Overground extension to Barking Riverside, which launches in the autumn.

The Tube map is based on a design by London Underground electrical draughtsman Harry Beck in 1931.

The first published version was released in 1933.

TfL’s interim customer and revenue director Julie Dixon said: “Our world-renowned map now has another iconic addition in the Elizabeth line, which will serve London and the South East for hundreds of years to come.

“When we open on Tuesday, May 24, the new Elizabeth line will begin providing greater connectivity and step-free access from Reading and Heathrow to Shenfield and Abbey Wood through the center of London.

“This latest Tube map is a real credit to the team who have put it together.

“It has been both a challenge and a privilege to update Harry Beck’s original design to literally put a new piece of transport history on the map.

“This latest version takes into account a number of wider changes to the transport network, but will ensure Londoners and visitors alike are able to navigate around our transport network with ease.”

It should be noted that IKEA appears to have purchased advertising on the new map – with an icon next to stations with an IKEA located nearby. These marketing deals usually provide revenue that go right back into investments in London’s transport.

This is the map that will be given away for free in Tube stations all over London, and be posted inside stations on the walls.