You are here: Home / Culture / A Guide to London’s Historical Ethnic Neighborhoods 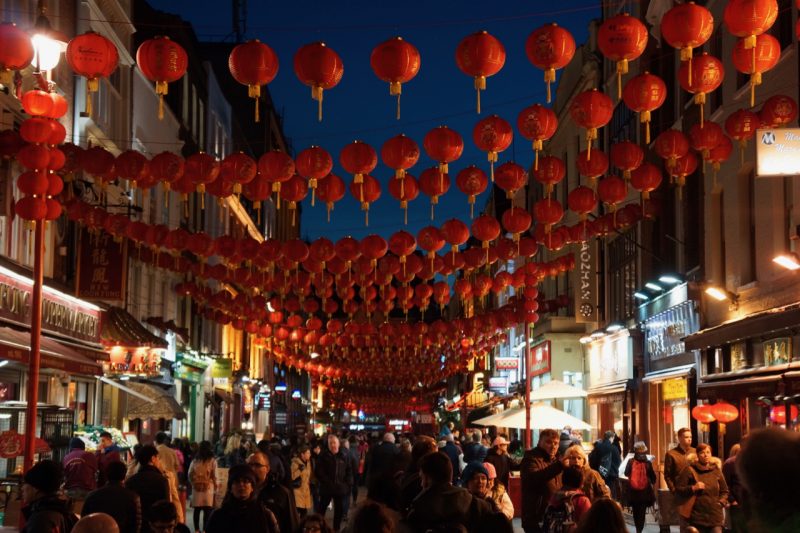 London is a socially rich and diverse place, with 44% of the city’s population representing various ethnicities and over 300 languages spoken.  Many areas of the city are inhabited by immigrants and their descendants from all over the world. These neighborhoods have a history and culture that gives their residents a sense of community while also making London a truly international city.  If you’re looking for a good place to experience another nationality’s food, culture, and history, you can visit one of the neighborhoods mentioned below and learn more about what makes these communities and their people a valuable part of London.

Chinese immigrants began settling in London in the 18th Century, and today Chinatown is a thriving community center located right off of Leicester Square.  Entrances to this part of the city are marked by ornate Chinese gates, and Chinese art and architecture permeate the shops, restaurants, and businesses here.  The neighborhood is also home to the Chinese New Year and other festivals throughout the year.

Latino culture in London gravitates to Camden, which has the most Central and South American restaurants per square mile as well as a number of Latin clubs and cultural centers.  It’s not unusual to hear salsa music reverberate through the neighborhood and a number of Spanish translation services can be found here for tourists from Spain and the Americas.

Sometimes referred to as Little Jamaica, Brixton became an enclave for Jamaicans following World War II as nearly half a million Jaimacans and Caribbean natives moved to the United Kingdom.  The culture of these immigrants colors every street of the neighborhood as Jaimacan restaurants, record shops, clothing stores and more great visitors and residents alike.

Pakistani Londoners have largely settled in the neighborhoods of Waltham Forest, Redbridge, and Newham, filling the air with the sounds of Punjabi and Urdu as well as English.  The area is also home every year to the Waltham Forest Mela, a celebration of Pakistani and Indian fashion, music, and art.  The Pak Cultural Society is also headquartered here, supporting Pakistani cultural awareness and events.

Another group that came to the UK in saves following World War II, London’s Indian community has contributed much to the city’s culture as well as its culinary tastes.  Tooting represents one of the largest collections of Indian residents and restaurants, so much that it is sometimes referred to as a “curry corridor” and the indoor markets are as likely to sell spices and saris as they are antique furniture and old records.

New Malden has held the nickname “Little Korea” since the 1980s, and roughly 20,000 British-Koreans live here today.  The area has more than 20 Korean restaurants and 100 Korean shops from barbers and hair salons to supermarkets and real estate offices.  The company Korea Food is headquartered here, and the neighborhood hosts Korean festivals all-year-round.

The Bangladeshi community is one of London’s largest ethnic groups and its community center can be found in Tower Hamlets A Bengali presence has existed here since the 1920s and with 36% of the area population being Muslim, it is home to over 40 mosques.  This includes the well-known Brick Lane Mosque, and Brick Lane is where you will find many of London’s most popular Bangladeshi restaurants.

A large presence of both the Turkish and Greek communities exists in Enfield, which is home to both ethnic groups as well as Turkish and Greek Cypriots.  Within Enfield, you’ll find a large number of mosques and Greek Orthodox churches as well as restaurants, festivals, and supportive organizations.  Palmers Green’s high concentration of Greek Cypriots has earned it nicknames such as “Palmers Greek” and “Little Cyprus.”

A large number of British Nigerians have made their home in Greenwich, which has some 14,000 residents of Nigerian origin and descent compared to 11,000 in Southwark and 9,000 in Barking and Dagenham.  Peckham is one of the largest concentrations in the borough and many Nigerian churches, mosques, restaurants, and shops can be found here.

While Jewish neighborhoods exist all over London, Stamford Hill has become one of the largest groups of Ashkenazi Jews and home to the largest number of Hasidic Jews in Europe.  Additionally, several Jewish bakeries, Kosher grocery stores, and synagogues are on nearly every street, ensuring that Stamford Hill one of the strongest ethnic communities in the city.

West Acton is home to a Japanese community some 1,000 residents strong and boasts a great number of businesses and educational institutions.  Sushi restaurants, Japanese grocery stores, and even bookstores that sell Japanese novels and manga can be found in the neighborhood.  This and other Japanese neighborhoods in London often also include Japanese primary schools to teach language and culture to the children of Japanese immigrants.