You are here: Home / Guides / Top 10 London: Top Ten Things to Do in Newham 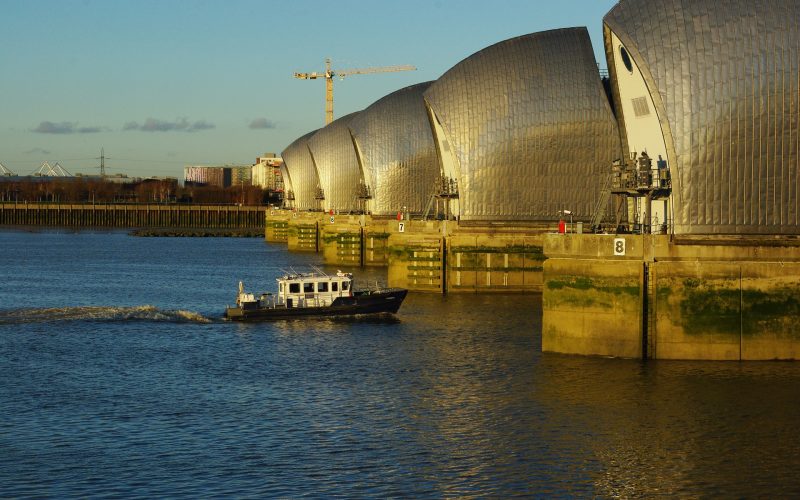 Born from the former Essex county boroughs of West Ham and East Ham, Newham got its start in 1965 as one of the new Greater London boroughs created by the London Government Act of 1963.  In more recent history, Newham is famous for being the primary site of the 2012 London Olympics, more specifically, the Olympic Park and London Stadium.  These prime spots are only part of what you can see and dew in Newham, though, and there’s a wealth of history and fun that will keep you busy all day long.  We’ve found our ten favorite spots in the borough that we think you should visit, and you can let us know your own favorites in the comments.

Found at 39-41 Barking Road, The Who Shop isn’t dedicated to the band, but to one famous Time Lord.  The shop sells all manner of merchandise associated with Doctor Who, from action figures to greeting cards.  The shop also has its own Doctor Who museum full of artifacts from the show and cast members both old and new will occasionally drop by for a signing.

Since 1977, Newham City Farm has been a place where city folk can experience country life, and kids can learn about what makes most modern farms tick.  In addition to having a varied menagerie of ducks, goats, rabbits, turkeys, alpacas, and even birds of prey, the farm gives volunteers and visitors a chance to pitch in and learn directly about farm activities.  The farm is free to enter, though it does encourage making a donation.

Discover Children’s Story Center isn’t about being read to, but about living the story.  Children (and by extension, their parents) pick a day pass then build their day around immersive story experiences, storytelling, and interactive exhibits.  It’s a place designed to fuel the imaginations of children under 11 and can be some of the most fun your child has ever had.

The acoustics of an old church proved a perfect spot for the Brick Lane Music Hall.  Vincent Haynes wanted to bring back the old music halls that had gone out of style after the 1920s and managed to recreate that atmosphere for the modern era.  With matinee and evening performances that provide food and drink as well as entertainment, Brick Lane Music Hall is a call back to a bygone era of performance.

Nearly thirty-five acres of green space close to the Thames Barrier makes for one of the city’s most vibrant parks.  It was painstakingly revived from being one of the most polluted parts of Newham into an environmentally-friendly place with artistic topiaries, play areas, and picnic spots.  The “Green Dock” is the top spot in the park to visit, a sunken garden that serves as a reminder of the dock’s heritage and its revitalization.

One of only four Grade I listed buildings in Newham and “the largest tidal mill still standing in Britain,” House Mill is a must-visit for history buffs.  The original tidal mill was included in the Domesday Book, and the current building was constructed in 1776 and then rebuilt after a fire in 1802.  The mill does regular tours and has exhibits dedicated to arts, crafts, and design.

The ArcelorMittal Orbit is part of Queen Elizabeth Olympic Park and is the largest example of public art in the United Kingdom.  What’s more, it’s not just nice to look at, but includes a 584-foot slide going all the way down with 12 twists and turns that make for the most exciting piece of playground equipment in the world.  For the less daring, you can simply go to the top and take in the spectacular view.

Famed engineer Joseph Bazelgette, the man responsible for developing London’s sewer system, designed the Abbey Mills Pumping Station as part of the system and directed its construction from 1865 to 1868.  Edmund Cooper and Charles Driver contributed to its grand Victorian design, which ends up making it look more like a church than a public works building, and even the interior is beautiful with stone columns, brass works, and ornate decorations.  The station is still in use, so be sure to check it out on a London Open House weekend when tours are available to the public.

One terminus of the Emirates Cable Car is at the Royal Docks in Newham, and taking it will give you one of the best views of the city.  Cars arrive every 30 seconds and can fit up to ten people, plus, you can actually use the Oyster Card to pay for the trip.  While the trip takes only about ten minutes during the day, extended night flights go for about twelve-thirteen minutes to give you time to truly appreciate the London night skyline.

Of course, the number one spot to visit in Newham is the site of the 2012 Olympic Games.  The sporting complex of 560 acres was constructed for the games and now serves as one of the city’s major active spaces.  It’s home to the London Stadium in which the games were held, the aforementioned ArcelorMittal Orbiter, and dozens of activities for all ages.  You can take a tour of the park or explore it at your leisure.