You are here: Home / Guides / Top 10 London: Top Ten Things to See and Do in Waltham Forest 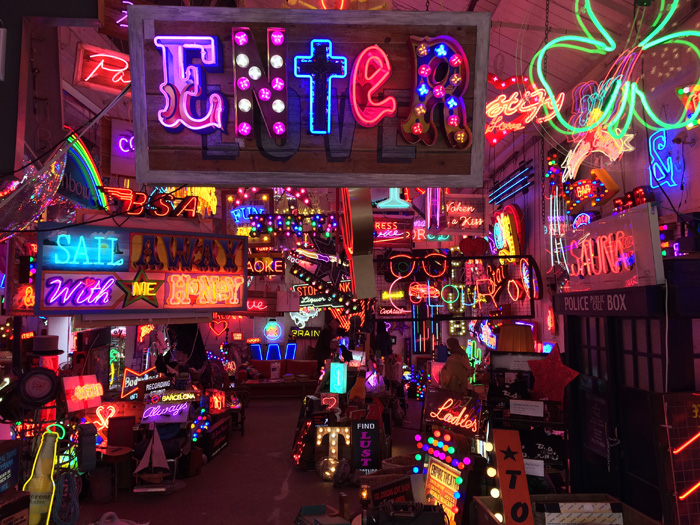 One of the northernmost boroughs of Greater London, Waltham Forest formed in 1965 from the merger of Leyton, Walthamstow, and Chingford.  Like much of Greater London, the area that is now Waltham Forest was mostly undeveloped until the Victorian period, but now is a thriving part of the city which offers plenty of things to do and places to see.  We’ve outlined ten of our favorites below, including the best art and food that the borough has to offer.  You can let us know some of your own favorite spots in the comments.

First up, mirroring the UK government’s “City of Culture” scheme, the Greater London Authority has named Waltham Forest the Borough of Culture for 2019.  As such, the borough is featuring a number of performances, installations, and other cultural events to highlight this status throughout the year.  You can check out https://wfculture19.co.uk/ to see what’s going on and find an event you want to attend.

Every community within London has its own market, and Waltham Forest is no different.  The Walthamstow Market features the best of local produce and street food if you’re feeling hungry or are staying nearby and would rather cook for yourself than eat out every day.  With 350 stalls, there’s a lot more than just food here, and you can find antiques, vintage clothes, and a smattering of cultures that make London one of the greatest cities in the world.

It’s not often that a Tube station makes a list and it’s an indication that there’s something special going on here.  Alfred Hitchcock was once a residence of this area, and in honor of what would have been his 100th birthday, the borough council commissioned a series of mosaics for the station to commemorate the director’s life.

Those wanting a little taste of the local brews will want to visit one of Wild Card Brewery’s two locations in Waltham Forest.  For a microbrewery that’s only been around since 2012, Wild Card is already making a name for itself with its Lime Berliner Weisse, the Demi Peche (brewed in collaboration with Danish brewery People Like Us), and Unite Forage (brewed exclusively by a team of 80 women), amongst others.

Pie and mash has been a dish of the working class since the Industrial Revolution, and shops selling the items as well as jellied eels tended to start appearing during the Victorian period.  One of the oldest in the city is L Manze, which opened in 1929 and has remained so unchanged on the inside that English Heritage gave it Grade II listed status.

The Vestry House Museum is a repository of the area’s history from the Victorian period through the present.  It was originally built as a workhouse and was a police station before becoming a private home and presently the museum.  It contains exhibits reflecting all of its various uses, including a police cell, attire from over the decades, and thousands of photographs.  It is certainly an excellent opportunity to learn more about Waltham Forest.

The William Morris Gallery is the only free public museum in the UK dedicated to its namesake, who was a 19th-Century textile designer, novelist, and socialist activist.  He was a majorly influential figure in the early British Arts and Crafts movement.  The building was once Morris’s home and is Grade II listed as well as containing a great amount of his work and exhibits dedicated to his life and activism.

Located on the edge of Epping Forest, Queen Elizabeth’s Hunting Lodge is a Grade I listed building that was once owned by Queen Elizabeth I.  It was originally built by her father, King Henry VIII in 1543, and today exists as a three-story museum dedicated to Tudor food and fashion.  The lodge also hosts regular heritage events, so be sure to check the calendar to see what’s coming up.

Certainly the greatest nature reserve in Waltham Forest, Walthamstow Wetlands is 211 hectares of urban wetlands that are vital to several bird species who call it home throughout the year or during migration and breeding periods.  There are ten reservoirs in the wetlands, several small islands, and a walking/running path that will give you the best opportunity to see everything.

Not quite as bad the name might suggest, God’s Own Junkyard is one of the funkiest art galleries in all of London, featuring a number of colorful and historic neon signs.  Everything in the gallery comes from the late artist Charles Bracey’s personal collection and ranges from London’s sex clubs of the 1960s to pieces used in 2012’s Captain America: The First Avenger.  Any visitor will certainly find this one of the most unique art galleries they could ever hope to finish.