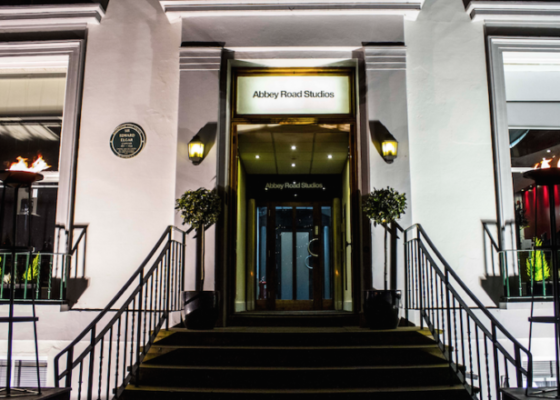 Cities are full of music, from buskers in the streets to famous artists in their recording studios.  London certainly has its own pedigree when it comes to be the best musical acts of the last few centuries, and with performance venues from the Royal Albert Hall to the Marquee Club, you can believe it has an awesome history for music.  Some of music’s most memorable moments have been made in the heart of the UK, and we’ve found five places that definitely had an impact on what we listen to today.  Let us know your own favorite music spots in the comments.

These two townhomes have been famous to two different musicians spanning a period of 300 years.  25 Brook Street was once home to baroque composer Georg Frideric Handel, who moved in here in 1712 from Germany before becoming a British citizen in 1725.  It is presumably here that he wrote his famous piece, The Messiah, and today is a museum dedicated to his life and work.  Next door at no. 23 lived a musician no less brilliant, though markedly different from Handel—Jimi Hendrix.  Hendrix once had a flat in the building that he once described has his first “home of my own”.  When the Handel House Trust acquired the building in 2000, they worked hard to restore it to as it was when Hendrix lived there.

New York’s Tin Pan Alley was the famous home of many music producers and composters, and London’s Denmark Street appropriated the name for itself after developing a similar reputation.  Lawrence Wright was the first music publisher to set up here in 1911 with several more following over the next few decades, along with several music industry magazines such as New Musical Express (now more popularly known as NME).  Guitar stores, record stores, and recording studios followed, helping to create such influential groups as the Rolling Stones, Cliff Richard, and the Kinks.  While most of what made Denmark Street famous is now gone, you can still stroll down and imagine seeing the likes of David Bowie or the Beatles coming fresh from recording another hit.

Speaking of the Beatles, this former Georgian townhouse was converted to a recording studio in 1931.  Cliff Richard and the Drifters were the first rock act to record there in 1958, but it became most famously associated with the Beatles when they recorded everything from Please Please Me to the well-known Abbey Road album here, making use of the nearby crosswalk for the latter’s album cover.  Abbey Road was the last album the band completed together from start to finish before breaking up in 1970, and now that crosswalk cover is repeated by many a tourist who visits the area.

The 100 Club started out as a jazz venue back during World War II that was popular with visiting American soldiers.  As rock and other popular music genres began to take over, the 100 Club played host to these groups too.  However, it was the International Punk Festival in 1976 that really put the club on the historical map.  At the time, punk was mostly an underground style, but promoters and the bands themselves were eager to break into the mainstream, and the festival hosted several as-yet-unsigned groups you may have heard of such as The Sex Pistols, The Buzzcocks, Siouxsie and the Banshees, The Damned, The Jam, and The Clash.  Today the club sees a variety of groups performing there, thought it will always be seen as the real birthplace of punk.

Back in the 1980s, Bob Geldoff of the Boomtown Rats had an idea to put together a concert to raise money for Ethiopian famine.  What resulted was Live Aid, a 1985 concert across two venues at John F. Kennedy Stadium in Philadelphia, Pennsylvania and Wembley Stadium in London.  72,000 people crowded into Wembley to hear an array of British artists from Geldof’s own group to such notable acts as Queen, The Police, U2, Sade, David Bowie, The Who, Paul McCartney, and many more.  The London concert raised over £1.1 Million for famine relief, while the event raised £30 million internationally.