You are here: Home / Guides / Top 10 London: Top Ten Things to See and Do in Enfield 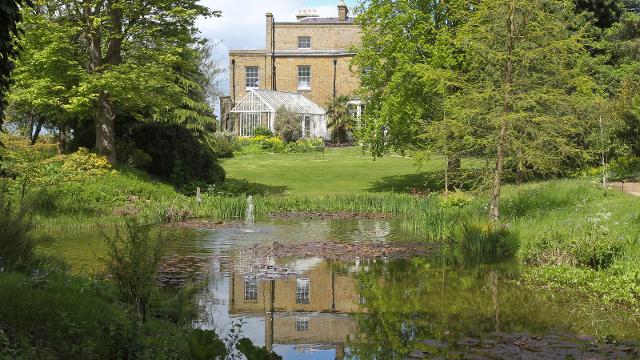 Enfield is one of London’s boroughs that was named in the Domesday Book, where it was listed as Enefelde in 1086.  Since that time, it was home to a palace lived in by King Edward VI and his sister, then the Princess Elizabeth (years before she would become Elizabeth I).  Enfield grew with the Industrial Revolution, as much of London did, and today is one of the many outlying suburbs that make up Greater London.  With so much history and so many residents, you can bet there are plenty of things to see and do in the borough, and we’ve outlined our ten favorite Enfield spots below.  Let us know your own favorites in the comments.

A little racing can certainly make for a fun afternoon, and Team Sport’s location in Edmonton certainly brings out a great mix of locals and tourists alike.  The 800-meter circuit is actually split between two levels and offers nine corners to make things challenging.  The average lap time is 45 seconds, but it will feel like longer as your adrenaline gets going.  There’s also a spectator area if it’s a little too exciting.

The King and Tinker is quite possibly the oldest pub in Enfield with over 500 years of history, but beer has been brewed on-site since 950 AD.  The name derives from an old ballad about King James I and a pan mender and this pub is supposedly where that meeting took place.  Of course, it’s not the song you’ll be coming for, but the delicious selection of British favorites and a selection of European, Fullers, and guest taps.

Plenty of estate gardens can be found throughout London, but the reason to visit the gardens at Capel Manor is its wonderfully intricate hedge maze.  The maze is done in an Italianate style and is just one of many worldly designs in the estate that also includes a Japanese Garden, Historical Garden, and a Jungle Gym garden for the kids.

Another great example of the area’s flora comes from Myddelton House Gardens, a 19th Century estate with gardens that were the result of the work of E.A. Bowles.  Bowles was a leading authority on gardening in his day and wrote several books on the subject.  As this was his home, the gardens have a more personal and organic feel to them than others around London.

We do seem to be talking a lot about estate gardens, don’t we?  Well, Grovelands park is actually a public park that originated as an estate that was designed by famed architect James Nash.  The entirety of the park is Grade II listed, and English Heritage keeps it on a list of “Heritage at risk” out of concern for the declining state of the park, though it certainly still comes across as lovely to us.

Borough museums are the best places to learn local history, and Enfield Museum has plenty of history in its exhibits from ancient times to the present.  Beyond the permanent exhibits displaying life over the centuries and items manufactured in Enfield, the museum also has as a temporary exhibit on how both World Wars shaped the borough.  If you want to learn more about Enfield, this is the best place to do it.

Every actor gets his or her start somewhere, and Chickenshed is one such place.  The children’s theater is one of many in London and has four separate children’s theater groups and two youth groups to encourage young thespians ages 5 to 21.  It gets its name from having started in a disused chicken barn but now has state of the art facilities.  Be sure to check their schedule to see what’s on and witness some of Britain’s future acting talent.

The city’s other major transport museum besides the London Transport Museum, Whitewebbs will surprise you with its collection of artefacts from miniature to full-sized vehicles of all types.  Fire engines, delivery vans, motorcycles, bicycles, and more await when you visit this old Victorian pumping station, giving you a better idea of how people moved around Enfield every day.

This 17th Century Manor house is one of the grandest in London as befitting its Grade II listed status.  Sitting atop a gravel hill from which it derives its name, the home and estate grounds are managed by the borough as a museum.  In addition to exhibits featuring the life of the estate, venturing out into the grounds will expose you to some beautiful gardens as well as what remains of Elsyng Palace, a Tudor residence under archaeological excavation.

The top public park to see on this list, Trent Park started as one of King Henry VIII’s many hunting grounds in Greater London.  King George III gifted it to his doctor in 1777 as a reward for saving the life of his younger brother, the Duke of Gloucester.  On the grounds, you can still find Trent Park House and the bordering Middlesex College.  Features include a moat, cricket fields, a golf club, equestrian center, museum, and more.