You are here: Home / Culture / The Rozzers – 10 Interesting Facts and Figures about the Metropolitan Police You Probably Didn’t Know 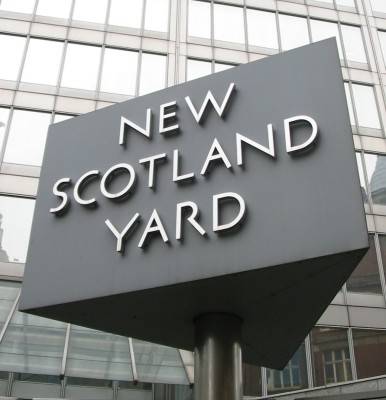 The Met. Since 1829, the Metropolitan Police Service has been tasked with keeping Greater London safe from crime. Not to be confused with the City of London Police, the Met covers the area outside the City of London, but still in the London Metropolitan Area. For a service with a distinguished history, it has its own interesting facts you may not know.

The Rule of Two

The myth that Metropolitan Police Service officers are not allowed to carry guns began with the service in 1829. Although Home Secretary Sir Robert Peel authorised joint Commissioners Sir Charles Rowan and Sir Richard Mayne to purchase fifty flintlock pistols, police officers routinely did not carry them. Police began to use revolvers for night patrols after two officers were killed in 1884. Many senior officers resisted increased use of guns to encourage a friendlier reputation for the Met. Even today, while many officers are trained and authorised to use firearms, the Met continues to resist efforts arm all its officers.

The Long Arm of the Law

Even fleeing the country would not keep you out of the Met’s reach at the turn of the 20th Century. Dr. Hawley Harvey Crippen was the first criminal to be captured with the aid of wireless communication in 1910. After his wife was reported missing, Crippen was questioned by police and then fled with his housekeeper for Montreal. The Captain of the ship noticed a news story after police discovered her body and sent a telegraph back to Metropolitan Police headquarters. Chief Inspector Walter Dew caught another ship and was able to arrest Crippen in Canada before he disembarked.

Long before it was a hit television programme and then a lackluster film update, the Sweeney was catching some of London’s most notorious criminals. Otherwise known as The Flying Squad, “The Sweeney” comes from its cockney rhyming slang nickname—Sweeney Todd. The Flying Squad is a branch of Special Crimes & Operations section and investigates armed robberies and other serious armed crimes.

The official newspaper of the Metropolitan Police Service is called “The Job”. Published every two weeks, it is crafted for the benefit of police personnel and members of the public. There is no charge for the paper and it’s available in every police station.

So It’s Not Scottish?

The name “Scotland Yard” has belonged to several buildings used as the headquarters of the Met since its days at 4 Whitehall Place. Before it was occupied by the Met, Whitehall served as the residence for royals and dignitaries from Scotland who were visiting the Court of St. James.

Getting with the Times

The nickname “Bobby” for police officers comes from the man who helped create the service, Home Secretary Sir Robert Peel. Another phrase, “Peelian Principles” is also named for him and refers to “police by consent”. Essentially, British police officers are treated as citizens in uniform, who exercise their powers to police their fellow citizens with the consent of their fellow citizens. This is another reason why some officers resist the idea of arming the police service. Peelian Principles also measure the effectiveness of the police service not by the number of arrests, but by the lack of crime.

The original wage earned by Met police officers was one guinea (£1.05) per week. Nowadays, rookie officers now receive £22,221 per year.