You are here: Home / Culture / The London Fiver – Five of London’s Most Notorious Crimes – History

1829 saw the creation of the Metropolitan Police Service and criminals that had gone unnoticed or uncaught had something new to fear. However, just the presence of police officers did not eliminate crime, and in some cases, the police themselves were in on the very crimes they were charged to prevent. Sometimes having someone in charge of solving crimes simply reveals how bad a problem really is. Since its inception, the Met has solved some of London’s most notorious crimes, and here are five of them. 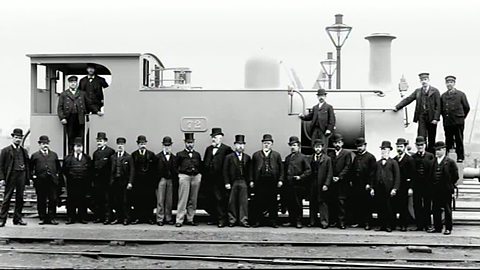 By no means the first murder in London or even the first homicide solved by Scotland Yard, 1864 saw the first murder committed on a train. By that point, trains had become a very popular transportation medium and railway crimes were fairly typical. However, no murders until this point. What made it so bizarre for the Yard was that the train cars did not have a corridor connection like they do today, the victim was by himself in the first-class car, and no one had seen the suspect. The victim was Thomas Briggs, a seventy year old bank chief clerk on his way home in Marylebone. Though the Yard was able to recover most of his affects from the scene, his top hat and gold watch were missing. Inspector Richard Tanner, in one of his earliest cases, put out a reward for information, which attracted the attention of a jeweler to whom the murderer had attempted to sell the watch. Eventually discovering the murderer’s identity as Thomas Mueller, it seemed that Tanner had just missed his suspect, who had already set sail for America. However, taking a steamship from Liverpool, Tanner was able to arrive three weeks before Mueller and arrest him as he disembarked, finding the incriminating evidence in Mueller’s cabin. Mueller’s public execution was witnessed by a crowd estimated at 50,000. 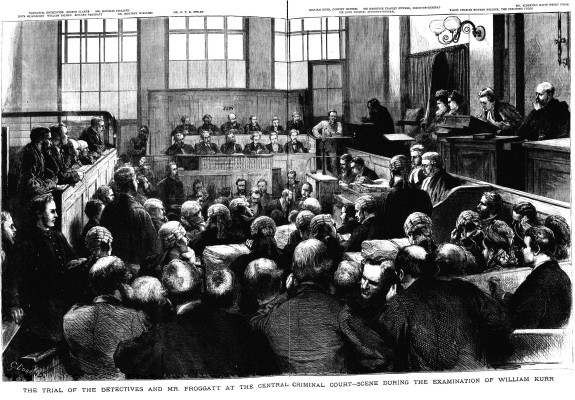 There’s an old belief that one can’t get too close to darkness without it rubbing off on you, and for those who fight crime, there is always the temptation to profit. No more was this true than in the first corruption case to rock the Met to its core. It started in Paris when Madame de Goncourt was swindled in horse race gambling by Harry Benson and William Kurr. With tip offs from Inspector Meiklejohn and Chief Inspectors Clarke, Druscovich, and Palmer, the two were able to evade police for a time. Each man was receiving kick-backs from the con artists and after the criminals’ capture, they quickly ratted out the corrupt cops. All four were brought to trial for perverting the cause of justice and only Clarke was acquitted. Meiklejohn, Druscovich, and Palmer ended up serving two years for their crimes. The exposure of this corruption also led to the reorganisation of the detective branch into the Criminal Investigation Division. 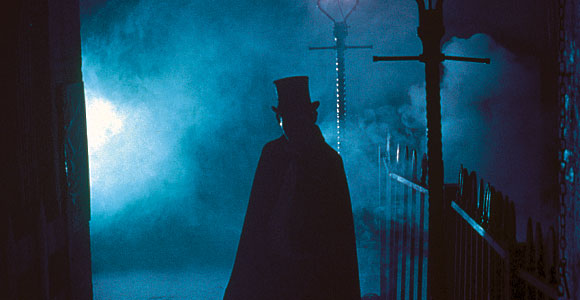 Perhaps the first (recognized) and most famous serial killer in history, Jack the Ripper was believed to have killed at least five women in the streets of Whitechapel. It wasn’t enough that he murdered them, but the killer had also desecrated their bodies, and as each murder surfaced, he helped to create one the century’s greatest mass panics. Scotland Yard utilised several new police methods in order to try and catch the ripper, including preservation of the crime scene and the first use of crime scene photography, but in the end, it remains one of the greatest unsolved mysteries of all time. The Ripper’s murders were also one of the first uses of criminal profiling, which helped tie the five separate murders together to lead the CID to believe there was only one killer and that he had some knowledge of anatomy. Despite all this work, no killer was captured and speculation continues over who the Ripper really was. 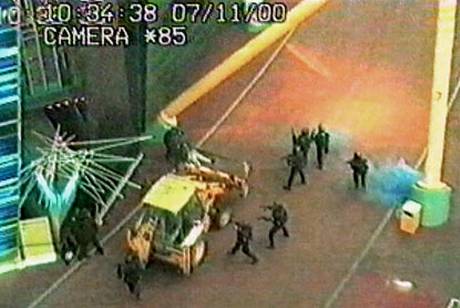 On November 7, 2000, a gang consisting of Lee Wenham, Raymond Benson, and William Cockram (who has the rudest and most unfortunate last name ever), attempted to steal a diamond named the Millennium Star from a diamond exhibit. The Star was a flawless 203.04 carat gem estimated to be worth £2,000,000. However, well before the gang attempted its raid, they were being watched by members of the Flying Squad, who had observed the three known criminals to be observing and recording the exhibition during high tide. The gang had also been known to use speed boats to escape their heists. So when gang members including Aldo Ciarrocchi and Cockram broke in using a digger to ram the barriers, 60 Flying Squad officers and other Met officers were there to arrest them. Gang member Robert Adams was famously quoted as saying “I was twelve inches from payday.” Ultimately, six members of the gang were put away for the crime, having never even gotten out of the Dome. 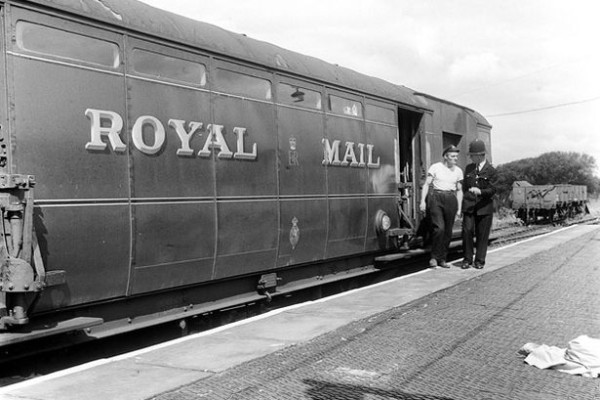 Considered possibly the greatest act of grand larceny in modern Britain, 15 robbers messed with line signals and nicked hard currency from a Royal Mail Train headed from Glasgow to London. Ultimately, the men got away with £2.6 million (or £46 million in today’s money) and hid out in a farm house. Though the men had been careful to use gloves and leave no fingerprints, and they had cleared out of their hiding spot before the police found it, they were ultimately done in by their own absent-mindedness. While waiting for the heat to die down, the gang members opted to play a game of monopoly—with real money. Further, despite not leaving any prints in the house, they had neglected to wear their gloves when playing the game—leaving prints all over the board and its pieces. As a result, nearly all of them were arrested and the ringleaders sentenced to thirty years, though nearly all got out well before their full time was served.