You are here: Home / Guides / Top 10 London: Top Ten Things to Do in Wandsworth 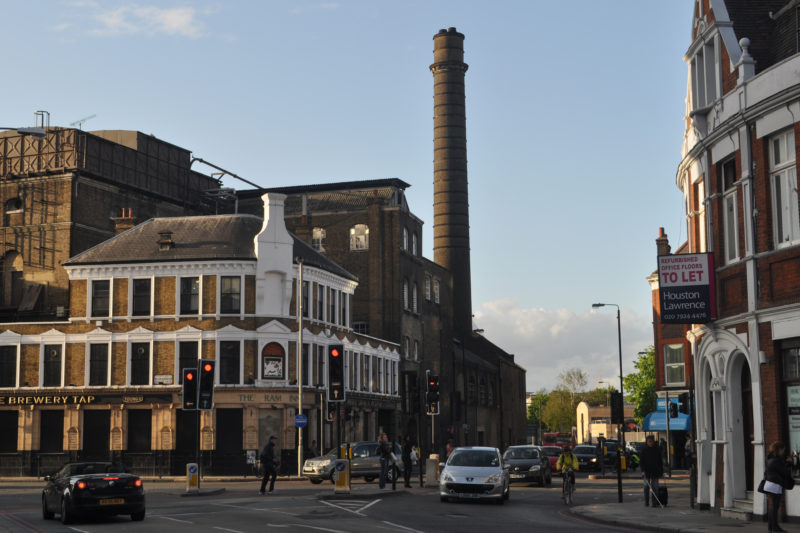 Wandsworth is one of the oldest parts of London.  The area’s first reference goes back to the Domesday Book when it was a large manor before the ever-encroaching city swallowed it up.  Following the Industrial Revolution, Wandsworth built itself up with a gas plant, Young’s Brewery, and the iconic Battersea Power Plant.  Today, Wandsworth is very much a cosmopolitan place, filled with museums, parks, and leisure places that make it a place worth visiting.  There are many things to see and do in this South London borough, so check out one of the ten we’ve listed below and let us know your favorite spots in the comments.

One of the most attractive bridges along the River Thames, Chelsea Bridge connects Wandsworth with the borough for which it’s named.  It replaced the Victoria Bridge and opened in 1937 as a six-lane self-anchored bridge.  It was painted its recognizable red, white, and blue colors in the 1970s and is gorgeous to walk or drive across, especially at night when it’s illuminated.

Part of the Tooting Bec Common, the lido is the largest freshwater swimming pool in the United Kingdom at 100 yards long and 33 yards wide.  During winter months, the lido is closed except to members of the South London Swimming Club.  The Tooting Bec Lido is also pretty historic, having been in operation since 1906.

Wandsworth is certainly known for its green spaces, and Wandsworth Common is the first of them to appear on this list.  At nearly 172 acres, it has a number of natural and manmade features such as lakes, fields, a footbridge, a nature education center, and the Wandsworth Common Tennis & Bowls Center.  If you’re looking to get a quick workout, the fitness trail is highly recommended to run and exercise at the various stations.

Dedicated to the art and culture of the 19th Century, the De Morgan Center was founded upon William De Morgan’s ceramics and Evelyn De Morgan’s paintings and drawings.  The pair was credited with a reawakening of various artistic styles and the museum not only features their works but those of friends and family members.

One of the most iconic buildings in the city, the Battersea Power Station was a coal-powered electrical station that opened in the 1930s and ceased operation in 1983.  Besides its nods to history, it is perhaps best known as featuring on Pink Floyd’s album cover for Animals.  Today it is getting revamped into a multi-use development with offices, shops, restaurants, and flats.

Clapham Common is bisected by Clapham and Wandsworth and presents a triangular-shaped greenspace of 220 acres is the largest of its kind in the area.  As such, it arguably boasts the greatest number of amenities for a park in Wandsworth including a Grade II listed Victorian bandstand, running track, sports fields, historical ponds, and even a skate park.  All of these combine to make this a perfect place for an afternoon.

Tennis enthusiasts will want to make sure to visit this museum dedicated to the sport and to The Championships, as Wimbledon is known officially.  It opened in 1977 at the centennial of The Championships and artifacts that go back to 1555 AD and the earliest days of tennis as we know it.  If you can’t make to the courts themselves, you can see the development of them through the museum’s exhibits.

Dedicated to art in all its forms, the Battersea Arts Center is home to plays, lectures, music, and more.  It is also home to the BAC Moving Museum, which houses a number of collections including the Wandsworth Collection, which it acquired from the Wandsworth Museum in 2016.  The building itself has quite a history, being a Grade II listed structure.

While ZSL London Zoo gears itself towards all age groups, the Battersea Park Children’s Zoo is made especially for the little explorers in your life.  From engaging directly with animals that they may have only seen on television to keepers who get on the kids’ level, the zoo will educate as well as entertain and certainly not leave the parents out.

While not the largest of Wandsworth’s green spaces, Battersea Park is undoubtedly the best.  The 200-acre park borders the River Thames and other than the previously mentioned children’s zoo, this Grade II listed public space includes the Pump House Gallery, two cricket pitches (the headquarters of the King’s Road Cricket & Social Club), the Dog Walk of Fame, and the gorgeous Peace Pagoda.  With so much to do and being a gateway to much of South London, Battersea Park easily grabs the top spot.