You are here: Home / Guides / Top Ten London: Top 10 Things to See and Do Along The River Thames 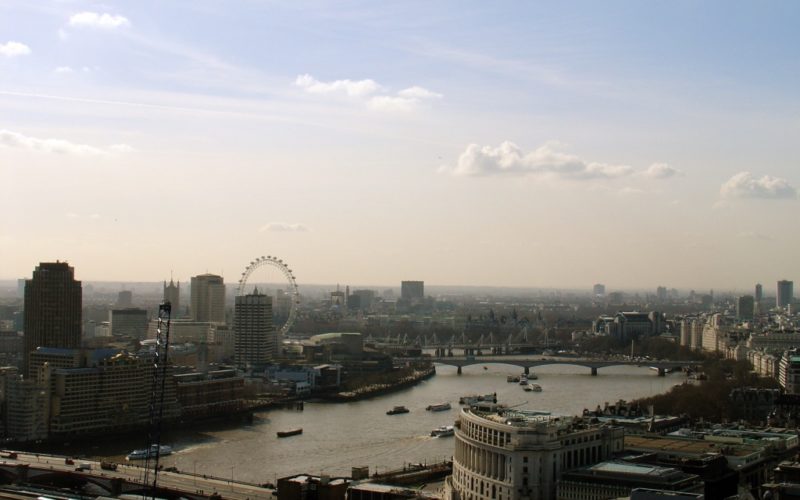 Lifeblood to London, the River Thames enabled the earliest settlements to take place in prehistoric England, giving way to the Romans who would formally establish the city.  The Thames has unquestionably been a major player in London’s history over the years, providing the citizens with water, serving as a means of transport to goods and people, and even responsible for the development of the city’s first conservation laws.  Being such a vital part of the city, there are many places to visit and things to do along the river’s banks, whether you’re going for a stroll or looking for something fun to do.  We’ve outlined our top ten favorites below, and you can let us know your own top Thames spots in the comments.

Those who want to get up close and personal with Old Father Thames can charter a cruise along its waters.  Many companies charter boat tours along the River Thames and whether you’re looking for a leisurely trip down the river, something historical, or even a tour with a little action in mind, you can find the right tour for your needs.  It’s also recommended to find a tour that starts around sunset for one of the most beautiful views from the river.

Docked permanently along the Thames, this Town-class cruiser is part of the Imperial War Museum and acts as a piece of living history.  The Belfast was in service from 1939 to 1963, and the inside of the ship has been carefully preserved to resemble its various eras from World War II to its decommissioning.  It even has a nice bar you can visit and enjoy the view of the river while sipping on a pint.

Right alongside the river in Southbank, Shakespeare’s Globe was the dream of Sam Wanamaker, who sought to build a faithful recreation of the Elizabethan venue in Southbank.  This end result is so faithful that it also doubles as a museum where visitors can take tours to learn more about the Bard and theatre performances of his era.  In addition to the regular series of Shakespearean plays featured in the Globe’s schedule, the venue also sees other surviving plays from the era and newer historical dramas.

One of the largest greenspaces along the River Thames at 200 acres, Battersea Park, is a top destination for those looking for some gorgeous nature.  There’s so much to do in the park that it could almost make for its own top ten article.  Whether you’re going for the greenery, the Children’s Zoo, the Peace Pagoda, the bandstand, the Pump House Gallery, or more, you’ll find this is a great place to spend the day.

A beautiful spot along the banks of the Thames, the Old Royal Naval College is a UNESCO World Heritage site.  Constructed from 1696 to 1742, it served as a hospital and pensioners home for veterans of the Royal Navy as well as a training institution for officers.  Also a Grade I listed building, the University of Greenwich purchased the college’s buildings and uses them for the Business School, the Maritime Institute, and the Faculty of Architecture, Computing, and Humanities.

Part of the Tate Group and constructed out of an old power plant along the riverbank, the Tate Modern is Britain’s national museum dedicated to modern art.  Guided tours are available along with a fascinating amount of workshops and exhibits.  The tours don’t just take you around the museum, but you can select tours that focus on specific artists and movements.  If you got lucky, you might even be able to hear about the pieces from the artists who created them on tours or at talks that the Tate Modern hosts.

One of the best ways to see the Thames and the city is high atop a flight on the London Eye.  A thirty-minute ride on this cantilevered Ferris wheel is a thrilling experience and one of the highest views of London you’re going to get.  The London Eye also offers special flights for a little extra and be sure to buy your tickets in advance as it is a very popular attraction.

One of the most famous bridges connecting the banks of the River Thames, Tower Bridge is an excellent example of Gothic Revival architecture in the city.  It is also one of the most famous examples of a bascule bridge, built to cater to the increasing traffic along the river.  If you ever visit, be sure to go up to the pedestrian foot tunnel for one of the best views of the Thames you’ll get.

Located right next to the river, the Palace of Westminster has been home to the government since it was the palace of Canute the Great.  The first Parliament (or “Model Parliament”) met here in 1295, and it became their home after King Henry VIII vacated it for the Palace of Whitehall.  The current building dates from the 19th Century after a fire destroyed the original Houses of Parliament and you can tour the building and even sit in the public galleries during sessions of the House of Commons.

This castle that began as a motte-and-bailey castle after King William I conquered England in 1066.  He constructed the White Tower not long after, placing it along the Thames for its strategic importance.  Once a royal home, the palace’s buildings are now dedicated to its history as a seat of power, prison for the realm’s enemies, and home of the Crown Jewels.