What we think of as “Victorian” architecture more refers to the period rather than a particular architectural style.  In fact, there were really several styles prevalent during the period that were revivals of previous designs:  Gothic, Italianate, Romanesque, Renaissance, Queen Anne, and Neoclassical.  Other methods and styles also developed as new materials came into prominence and led to an increase in iron-framed glass buildings such as the Crystal Palace that played host to the Great Exhibition.  Many of the buildings constructed during Victoria’s reign still stand.  We’ve identified our top ten favorites, but you can let us know your own favorites in the comments. 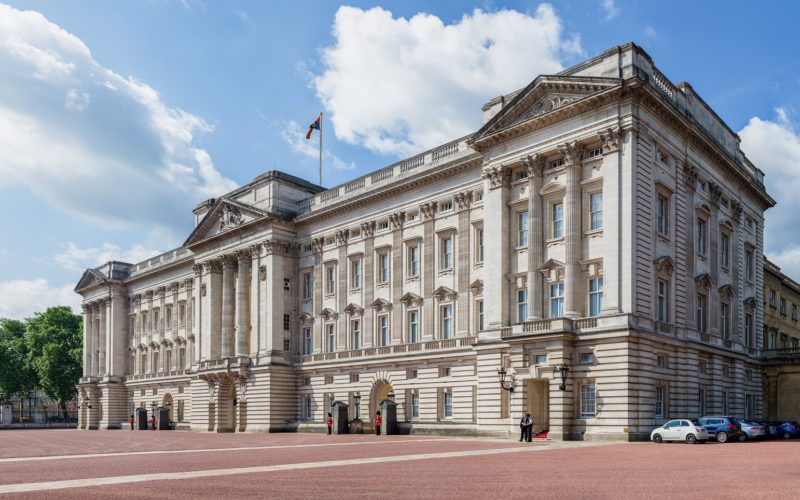 We might as well start with a building that is the directly a result of Queen Victoria herself.  Buckingham Palace on the whole isn’t Victorian since it was primarily constructed during the reigns of King George III and King George IV in the 18th Century.  However, the East Wing qualifies since it was commissioned by Victoria herself to support her and Prince Albert’s growing family.  Albert oversaw the construction and kept it in the Neoclassical style to mirror the rest of the palace.  Once finished, it became the public face of Buckingham Palace and its balcony used for many public events. 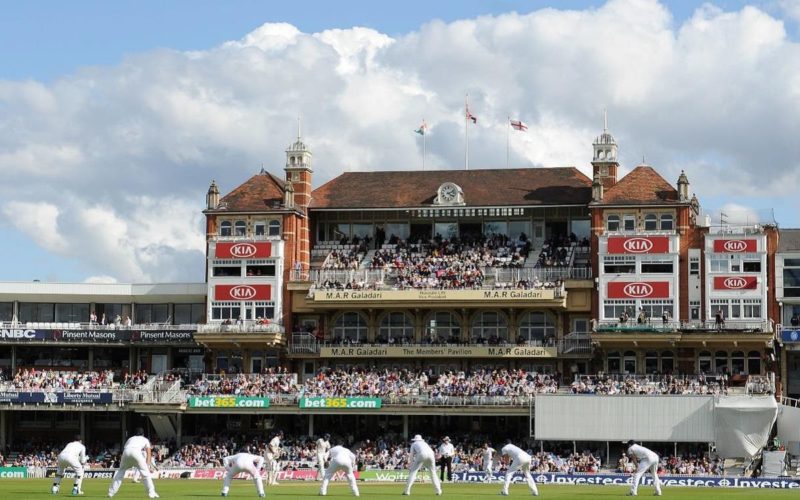 As sporting fields go, The Oval is one of the oldest sporting fields in London.  It was established in 1845 as a cricket ground and one pavilion was built before the current Victorian Pavilion built 1895-1897.  The Pavilion features many sash windows which became popular during the Georgian and Victorian periods and reflects the Italianate style. 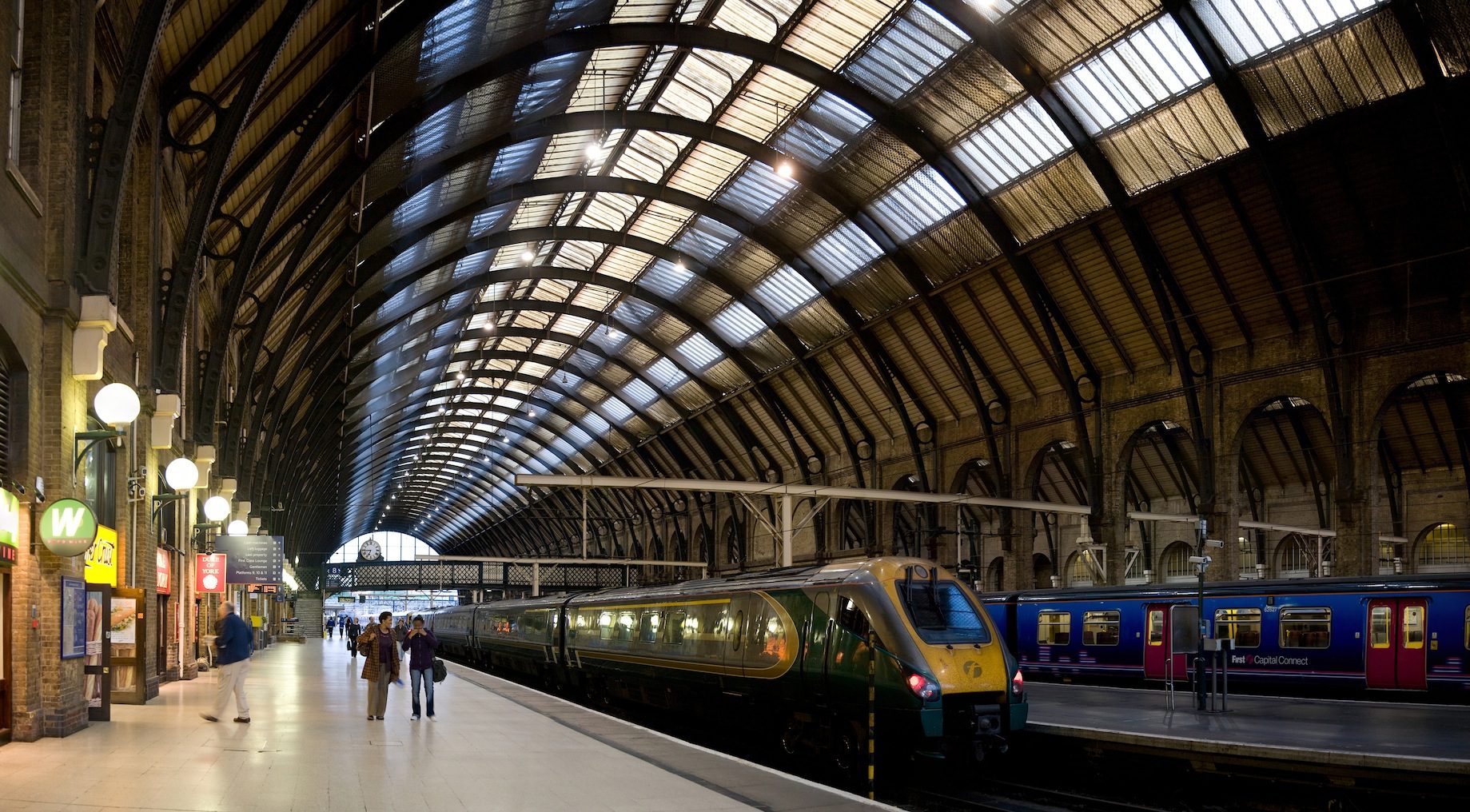 King’s Cross opened in 1852 as the terminus of the Great Western Railway.  Lewis Cubitt designed the station in an Italianate style, one of the most obvious elements of which is the station’s clock tower.  The double-arched roof that covers many of the platforms is an excellent example of the steel and glass work that saw increased use during the period. 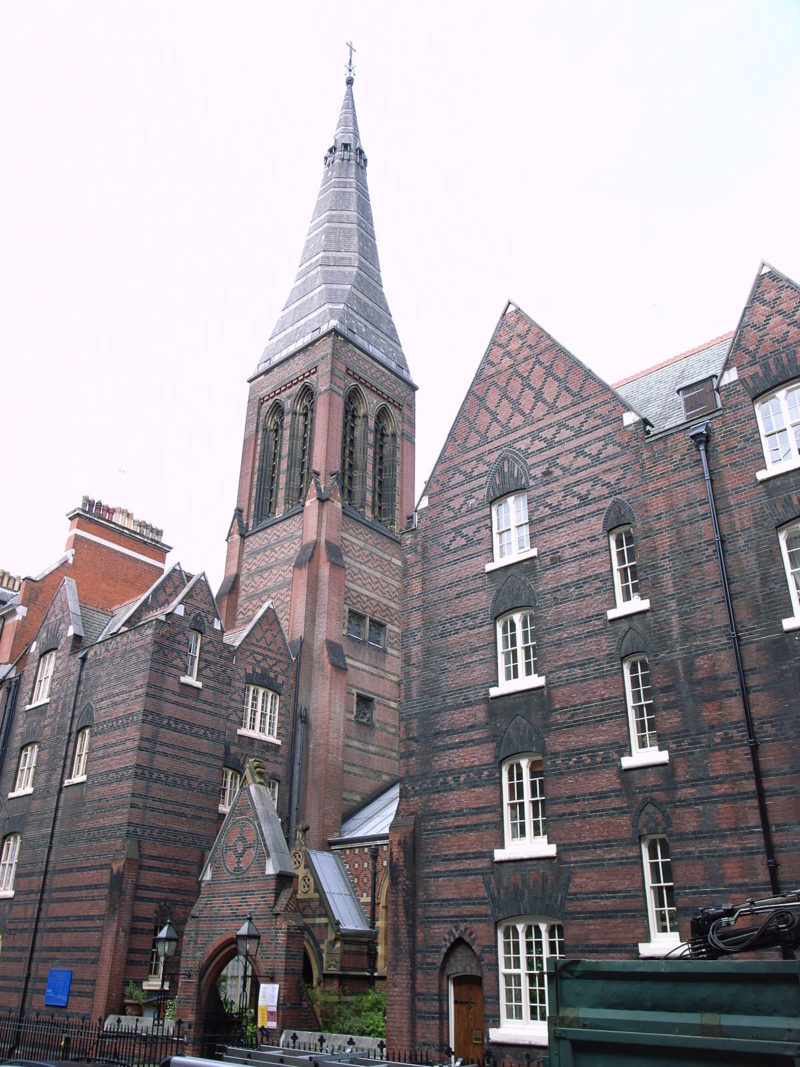 A largely unknown gem of Victorian church architecture, All Saints church on Margaret Street was built in the 1850s.  The architect, William Butterfield, relied heavily on the Gothic Revival style and unlike similar Neo-Gothic buildings of the era, Butterfield did something different by constructing the church with brick instead of stone.  The interior is absolutely gorgeous with patterned tiles, geometric patterns, and many tiled Biblical scenes. 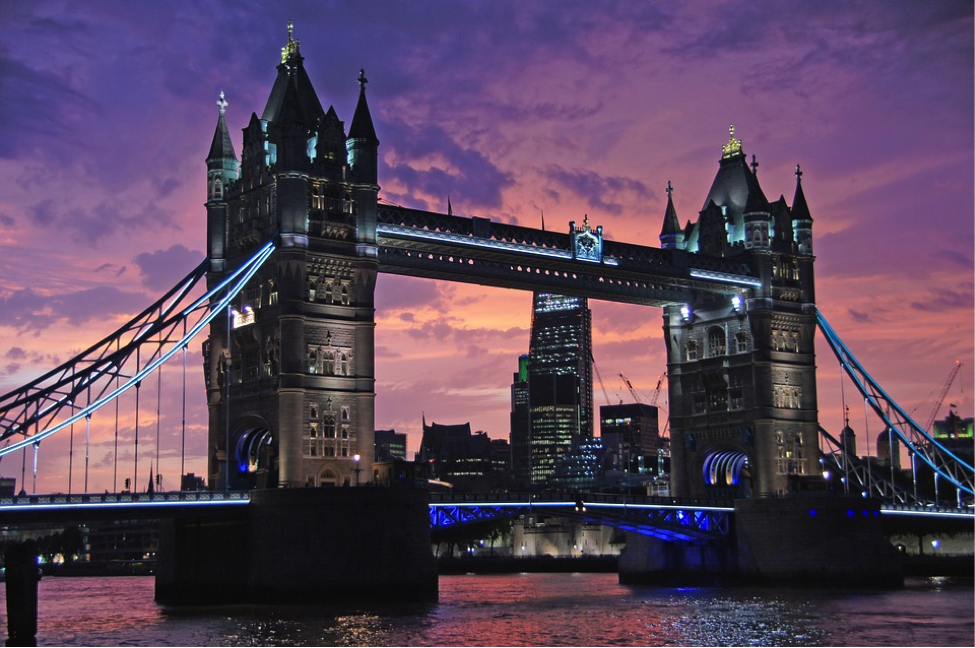 And speaking of Gothic Revival architecture, the style is also apparent in one of London’s most famous landmarks.  Tower Bridge is one of the most famous examples of a bascule bridge, built to cater to the increasing traffic along the River Thames.  If you ever visit, be sure to go up to the pedestrian foot tunnel for one of the best views of the river you’ll get. 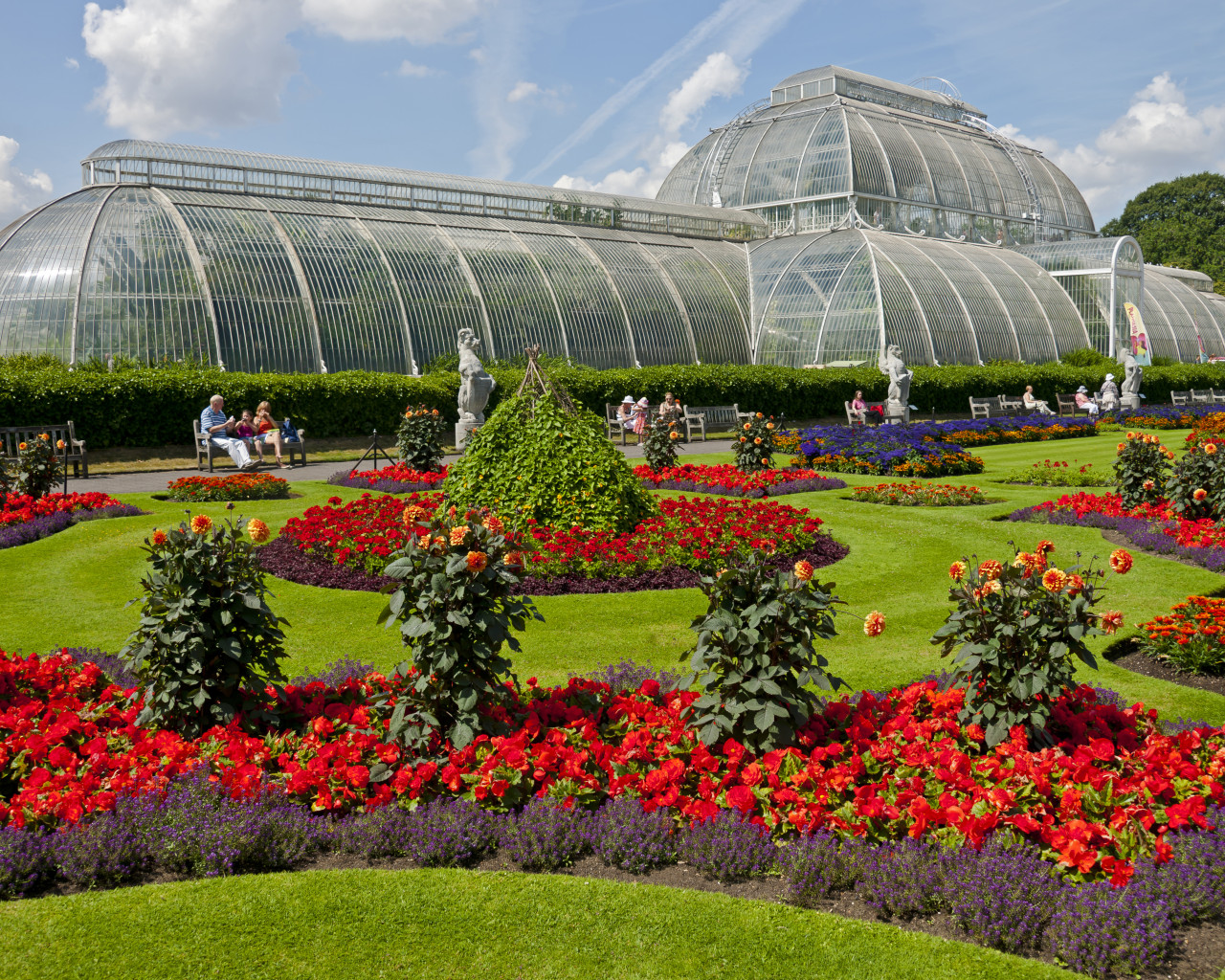 If the Crystal Palace had not perished in a fire, it would certainly take this spot on the list, but as it is no longer with us, one of the best examples of cast-iron and glass buildings in London is the Palm House in Kew Gardens.  A greenhouse meant to generate and sustain a rainforest environment, Richard Turner designed and built the structure form 1844 to 1848. 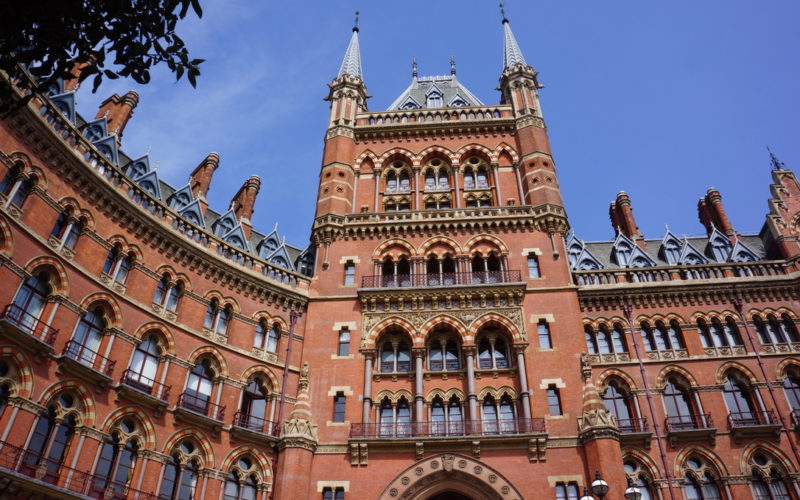 Designed by William Henry Barlow, St. Pancras Station was built in the Gothic Revival style from red brick much as All Saints was.  The single-span trainshed roof was the largest cast-iron and glass structure of its type at the time.  The accompanying St. Pancras hotel was designed by Giles Gilbert Scott to front the station and departed from Barlow’s plans by focusing on Italian Gothic style and borrowing many different elements in his grand design. 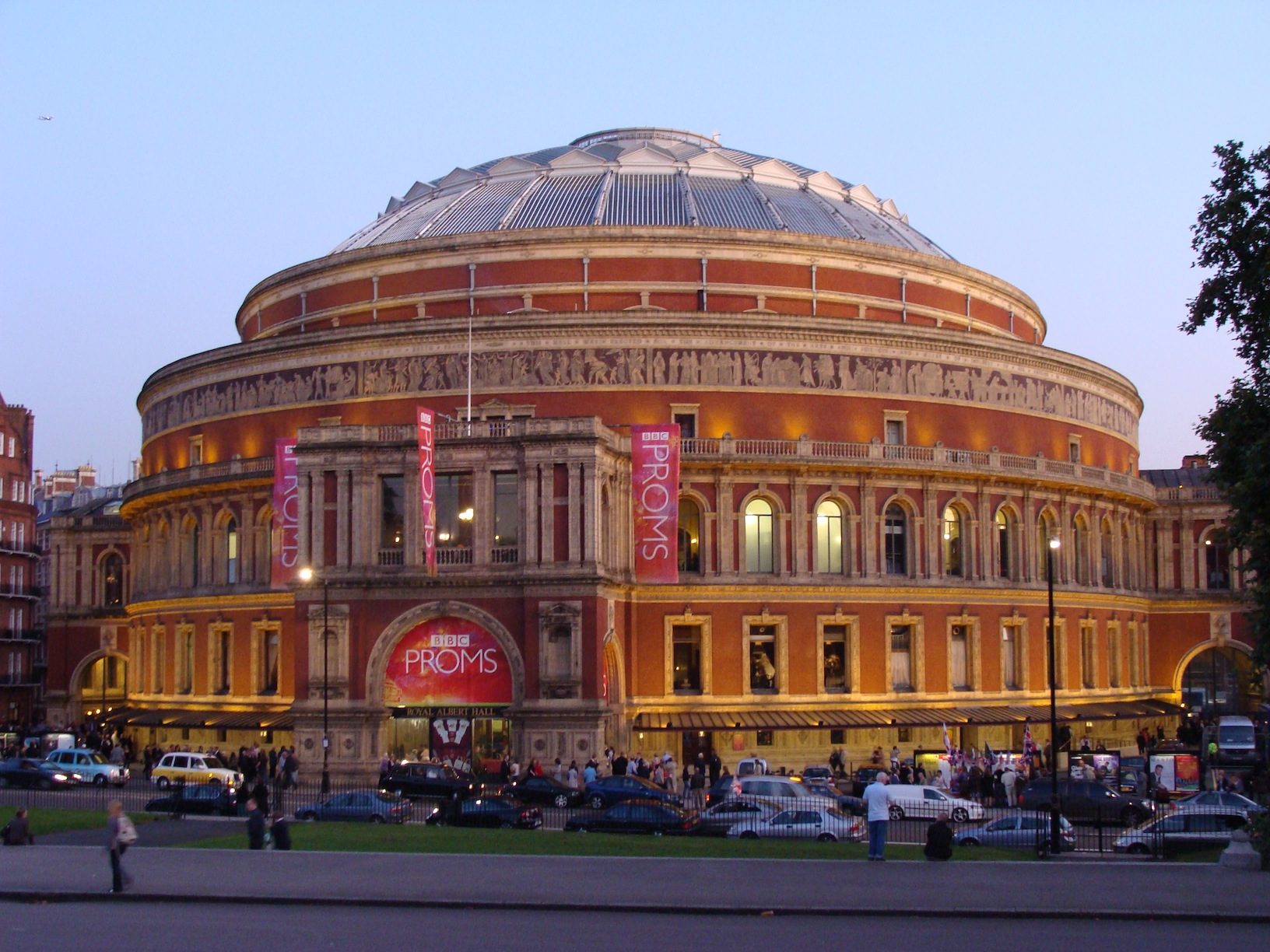 One of the finest examples of Italianate architecture in London goes to the Royal Albert Hall which is also one of the best concert venues.  It opened in 1871 as a tribute to Prince Albert along with the Albert Monument across from the hall and was the world’s first domed amphitheater along with many other advanced features for its time.  The dome is a glass and wrought-iron structure that is freestanding and the hall also has mosaic frieze 800-feet long that encircles the building. 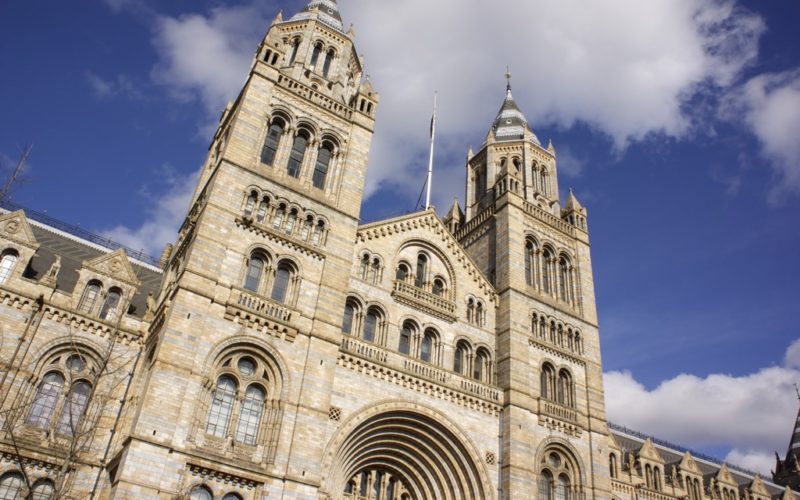 A must-visit Victorian building in London is the Natural History Museum.  Construction on this building began in 1873 under the design of Alfred Waterhouse, who mixed the Gothic Revival style with the Romanesque architecture he’d fallen in love with on the Continent.  Appropriately for the building, he incorporated designs inspired by living and extinct species, with living species in the west wing of the museum and extinct species in the east.  The central hall, called Hintz Hall, feels more like a cathedral than building dedicated to science, and is only one of the fantastic elements of the building. 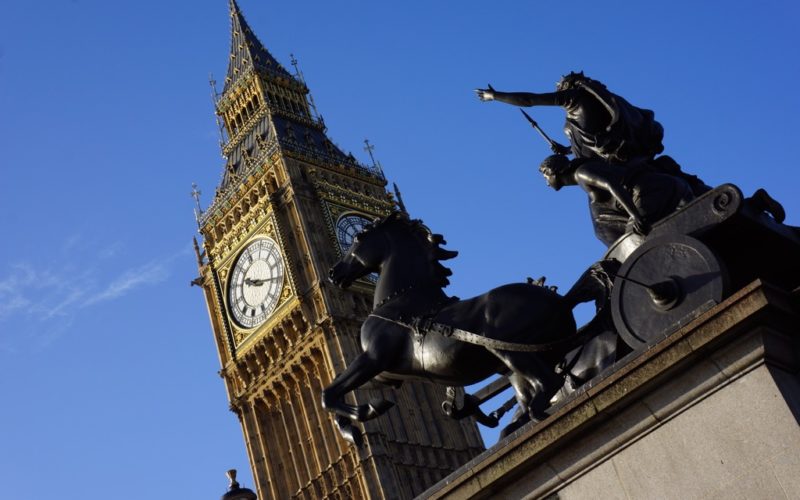 After the previous palace had burned down, Parliament opted to construct a new building rather than take up King William IV’s offer to move into Buckingham House.  A commission chose Charles Barry’s Gothic Revival design and the structure was built from 1840 to 1876.  The exterior is a wonderful symmetrical combination of stone, glass, and iron that has led to the palace being one of the world’s most recognized structures.