You are here: Home / Guides / Top Ten London: Top 10 Things to See and Do in Lambeth 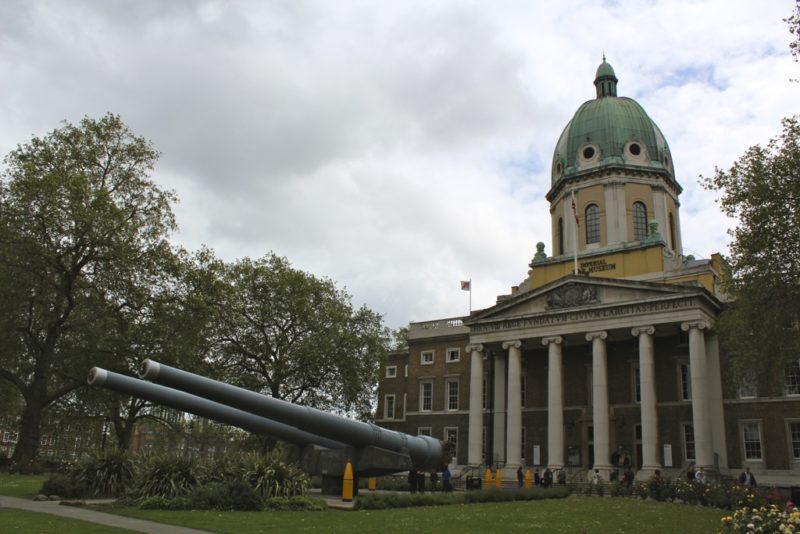 The London district of Lambeth is certainly one of the most happening places in the city, owing perhaps to its location along the banks of the River Thames.  The area gives its name to the larger borough of which it is part and derived from Lambehitha or “landing place for lambs,” shortened to Lambeth by 1255.  The manor of Lambeth was in the ownership of the Archbishop of Canterbury and grew into one of the most densely populated areas of South London.  Today, it houses many of the city’s best attractions, and while we have identified ten of our favorites, you can let us know your own favorite Lambeth spots in the comments.

More or less a tourist trap, the London Dungeon is still worth it for its opportunity to let you delve into the goriest and most terrifying moments in the city’s history.  The dungeon features several notorious persons and events from London’s past, including Jack the Ripper and Guy Fawkes as well as the Black Death and the Great Fire.  Of course, it’s not too scary as it’s all meant to be in good fun, so don’t feel too terrible about bringing your children along.

Lambeth Palace is the official residence of the Archbishop of Canterbury, the Church of England’s highest position (not counting the Queen who is the head of the church).  The Community of Saint Anselm, a religious order under the Archbishop’s patronage, also calls Lambeth home.  Its importance and Tudor-style architecture has netted it Grade I listed status, and the palace is available to tour so you can learn everything about its 800-year history and relationship with the Church of England.

While this has been included in plenty of top ten lists before, the London Eye still merits a spot when talking about Lambeth.  This Thames-based attraction offers a unique chance to see the city as your spin around the cantilevered observation wheel.  Dubbed “flights,” each trip lasts about thirty minutes and can be booked as a group, or you can reserve a solo flight for a greater cost.  For a bit more money, you can opt for champagne or chocolate with your flight.

Once known as the Museum of Garden History, this often-overlooked London museum is dedicated to all things that grow and the development of gardens over the centuries.  Its collections include gardening tools, designs, art, and the evolution of gardening.  The museum is housed in the former church of St. Mary of Lambeth, it displays a great example of the repurposing of old buildings and is a must visit for anyone with a green thumb.

Dedicated to history’s most famous nurse, the Florence Nightingale Museum is appropriately enough located in St. Thomas’ Hospital.  Of course, much of the museum’s collection focuses on Nightingale’s life, but it also takes great care to show you the continuing legacy that she had on the profession of nursing.   Presently the museum has an exhibit focusing on the Nightingale Training School, that produced some of the first generations of nurses using her methods as well as exhibits on the Crimean War and the Spanish Flu outbreak of 1918.

An offshoot of its parent theater, The Old Vic, The Young Vic was built to showcase plays and talent “now and in the future.”  As such, its repertoire and company tend to focus more on newer plays and upcoming actors.  This can bring an interesting mix of contemporary and experimental plays.  The building was constructed in 1970 and only meant to last five years, but has since become permanent.  It’s one of the city’s best theaters in the round, meaning audiences get a 360-degree view of the stage and the players.

One of the grandest theaters in London, the Old Vic tends to host more traditional plays, though this doesn’t limit its repertoire as it has also been known to host contemporary pieces.  It has been in the entertainment business since 1818 when it was known as the Royal Coburg Theatre.  The theater also sponsors a younger company of actors that have provided Britain with several of its famous names, and it is highly likely that you will be able to witness some of Britain’s greatest and most famous talents at one of the Old Vic’s shows.

Sea Life London Aquarium opened in 1997 and has more than 500 species of marine life spread out over 14 different themed zones.  From an amazing Rainforest Adventure to the Seahorse Kingdom, there’s a lot to explore and opportunities to get up close and personal with the aquarium’s inhabitants through portholes and tunnels that allow you to be fully immersed in their lives.  You may wonder what to do if you’re traveling in London without kids, but the aquarium is fun for all ages.

The primary location of the Imperial War Museums, the London museum focuses on modern conflicts from World War I to the present day.  IWM London has an extensive collection of items from World War II.  After you’re finished with World War II, you can move onto the Cold War and see how the shifting alliances at the end of the war helped to set up the political conflict with the Soviet Union.  The museum is funded by government grants, charitable donations, and commercial activity, so there’s no cost to enter.