You are here: Home / History / How London Changed During the Victorian Period 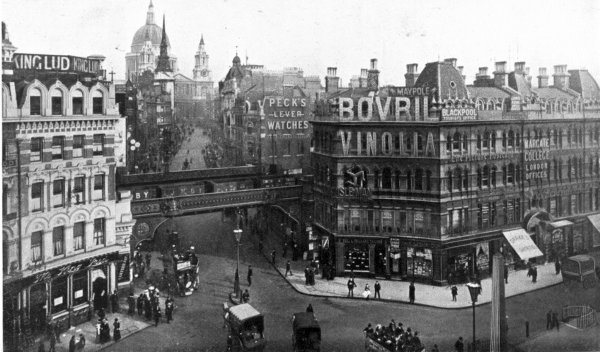 The 19th Century was a time of great change for Britain, and especially its capital of London.  Some of London’s most iconic landmarks were constructed during this time or altered to a look that we recognize today.  In the midst of the effects of the Industrial Revolution, the population exploded, and the city grew to meet it.  While London’s prosperity grew, the divides between rich and poor widened, resulting in efforts to bring a better life to the lower classes.  All this took place during the reign of Queen Victoria, and by the time of her death in 1901, London would become a very different place.

A couple of London’s major changes took place before Victoria’s accession to the throne in 1837 and expanded thereafter.  Eight years earlier, then-Prime Minister Robert Peel established the Metropolitan Police.  Known as “Bobbies” after their creator, Peel crafted the Met as a citizen police force, which did not carry firearms (except in extreme circumstances) and did not investigate crime, with officers merely observing and stopping crime as it occurred.  The City of London created its own police force in the same year, though it has remained separate from the Met since its inception.  Amongst the changes that would take place during Victoria’s reign, the first was the creation of what would become the Criminal Investigative Division would occur in 1842 in response to a grisly murder that shocked the city.  The Special Branch was later created in 1883 as the “Special Irish Branch” to handle issues of Irish terrorism, but the Irish part of the name was later dropped as the SB’s directives expanded to cover wider issues of national security.

Railroads had also existed in London prior to Victoria’s reign, but also expanded greatly during this time.  The railway line between London Bridge and Greenwich was constructed in 1836 and more were added over the years as the city grew, creating a network that not only reached out to connect London with other major cities in the United Kingdom but also led to the creation of the Metropolitan Railway, which would one day merge with other subterranean railways lines to form the London Underground.  The rail network would also see the creation of major transport hubs and iconic buildings such as Paddington Station, Euston Station, King’s Cross Station, and St. Pancras Station, among others.

Of course, London’s explosion in population, going from roughly 1 million to 6 million by the end of the 19th Century, would create other logistical problems.  To that end, London’s outdated parish and vestries governing system was replaced with the Metropolitan Board of Works to address the city’s infrastructure needs.  With that in mind, London’s sanitation system wasn’t exactly top notch when Victoria became Queen.  At that time, raw sewage was still pumped directly into the Thames River, which was basically a great open sewer.  This led to outbreaks of disease such as the 1854 Broad Street Cholera epidemic, in which John Snow was able to identify a public water pump in Soho as the origin place, as well as the Great Stink in 1858.  It wasn’t until the latter event that the city began to take the plans of Joseph Bazalgette of the MBW to construct a sanitary sewer system, which was completed in 1865.  The Metropolitan Board of Works would disband in 1889 and be reformed into the London County Council, which would then become the Greater London Council, and now exists as the Greater London Authority.

Speaking of construction, several of London’s greatest buildings would be constructed during the Victorian period.  Three years prior to Queen Victoria’s reign, the Palace of Westminster burned down, and construction began in 1841 of a Gothic-style building including the Victoria Tower and the Clock Tower (now called the Elizabeth Tower) which houses Big Ben.  Buckingham Palace as we know it became Queen Victoria’s residence in 1837, and after her marriage to Prince Albert and their growing family, the East Front was constructed in 1850, creating the public façade of the palace that we know today.  Albert’s influence spread to even more of London’s buildings with the construction of the Crystal Palace to house the Great Exhibition that he championed.  After his death, his desire to encourage the arts and sciences continued as the Albertopolis was constructed throughout South Kensington, including such great buildings as the Royal Albert Hall, the Science Museum, the Victoria and Albert Museum, and the Imperial College London, among others.

By the end of the Victorian Era in 1901, not only had the city’s face changed, but its entire personality was different.  A quiet capital became a major urban geopolitical powerhouse, the seat of an empire that stretched around the globe.  As the Edwardian Period dawned, London would resemble the modern city that we see today, ready to transform even further in the 20th Century.