You are here: Home / Archives for Londonism 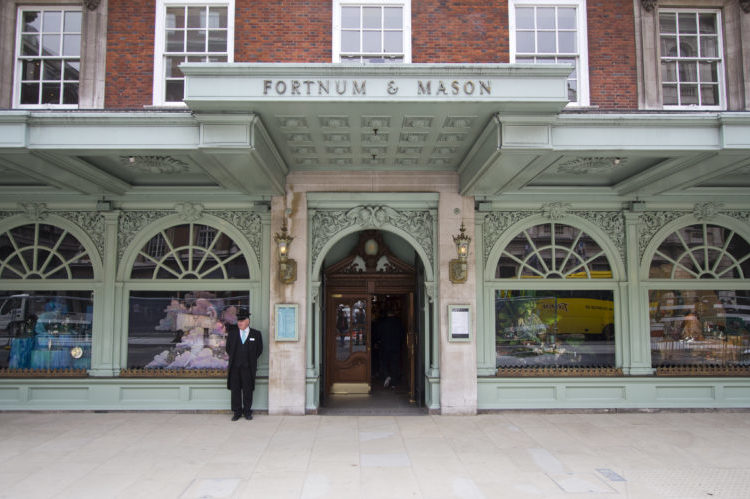 A Royal Warrant of Appointment is a special designation to merchants granting them the ability to announce to the world that they sell goods or services to the Royal Family.  These warrants may be given out by the Royal Family as a whole or by individual members, specifically the Queen, the Duke of Edinburgh, and the Prince of Wales.  Unsurprisingly as London is the central … END_OF_DOCUMENT_TOKEN_TO_BE_REPLACED 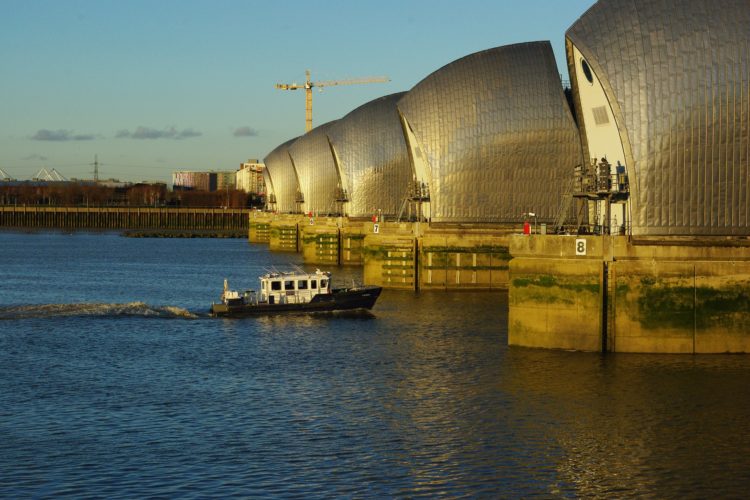 Like giant conk shells rising out of the water, the Thames Barrier sits just east of Canary Wharf and provides an important service for the city.  The barrier was designed and built to keep parts of Greater London from flooding in the case of storm surges or incredibly high tides coming from the North Sea.  It is an incredible feat of modern engineering that’s functions and … END_OF_DOCUMENT_TOKEN_TO_BE_REPLACED 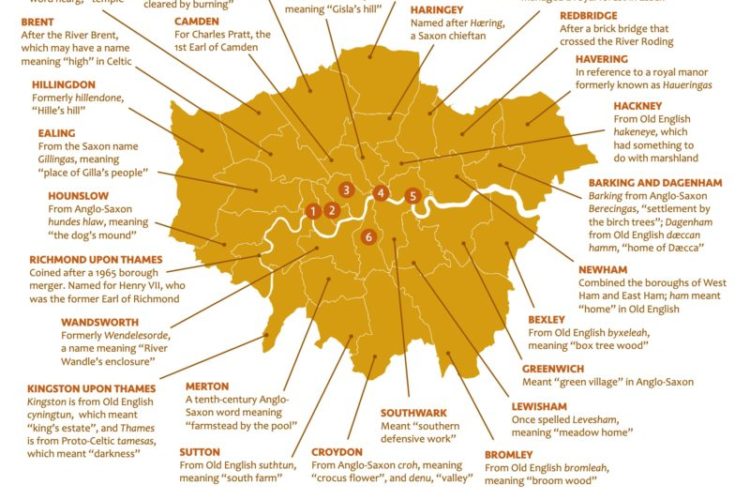 A Reddit user has made a lovely graphic that explains the origins of the names of all of London's Borough. It's very fascinating history! Which one is your favorite? Check it out for your self (click for a larger version): Source.   … END_OF_DOCUMENT_TOKEN_TO_BE_REPLACED

While the Queen takes a summer break in Scotland, we can tour the State Rooms of Buckingham Palace for the annual ten-week summer opening. This year the rooms are available to us from 20 July to 29 September 2019, and the special exhibition marks the 200th anniversary of the birth of Queen Victoria. 'Queen Victoria's Palace' tells the story of how the young monarch turned an … END_OF_DOCUMENT_TOKEN_TO_BE_REPLACED 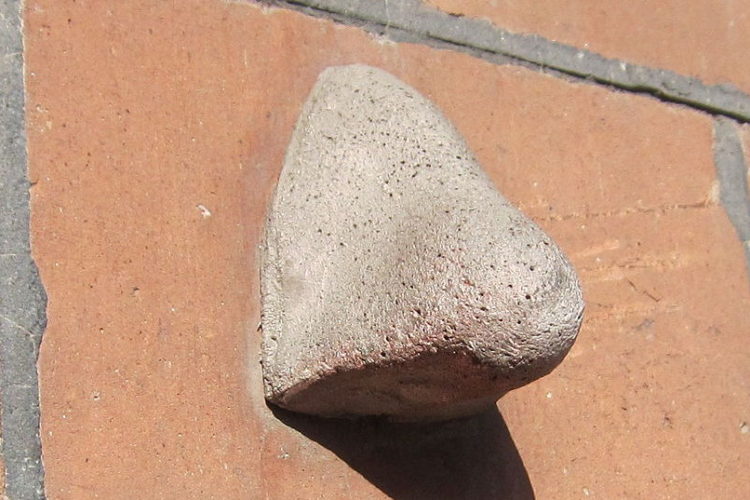 We’ve covered weird landmarks before from a grave for a Nazi dog to a nose on the Admiralty Arch, however, these aren’t the only strange markers you can find in London.  There are any number of weird and wonderful things you can find in the city if you’re really looking.  If you’re looking for something to see beyond the normal tourist sites, you can find these odd spots and … END_OF_DOCUMENT_TOKEN_TO_BE_REPLACED 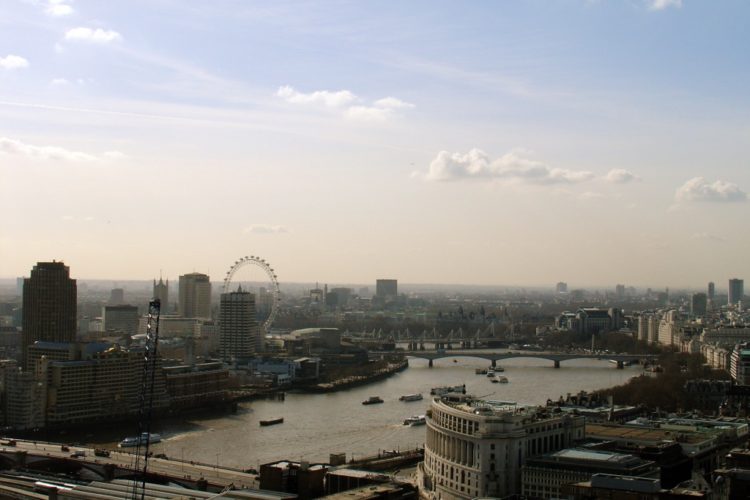 Lifeblood to London, the River Thames enabled the earliest settlements to take place in prehistoric England, giving way to the Romans who would formally establish the city.  The Thames has unquestionably been a major player in London’s history over the years, providing the citizens with water, serving as a means of transport to goods and people, and even responsible for the … END_OF_DOCUMENT_TOKEN_TO_BE_REPLACED 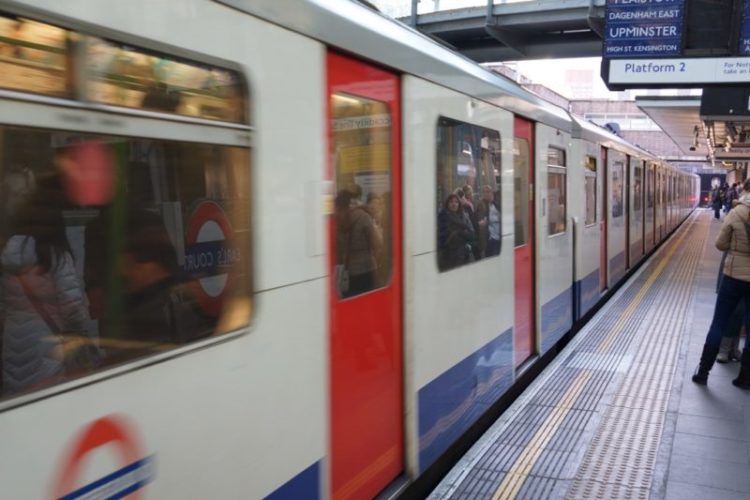 A couple weeks ago, we discovered this archive. The BBC has released thousands of recordings from their sound archive for free to the public to reuse. I've done a search through the archive and found a ton of great recordings of London. One of the things I love the most about London is the sounds. London is a noisy city, but many of its sounds are unique to London. The Tube has … END_OF_DOCUMENT_TOKEN_TO_BE_REPLACED

It's so lovely to see London's iconic buildings get a new lease of life after restoration. The latest building in London to get the treatment is Alexandra Palace. While not really a 'palace' in the palace sense, Alexandra Palace has been a destination for entertainment since it was built in the Victorian Era. It's most famous as the place where the BBC started broadcasting … END_OF_DOCUMENT_TOKEN_TO_BE_REPLACED 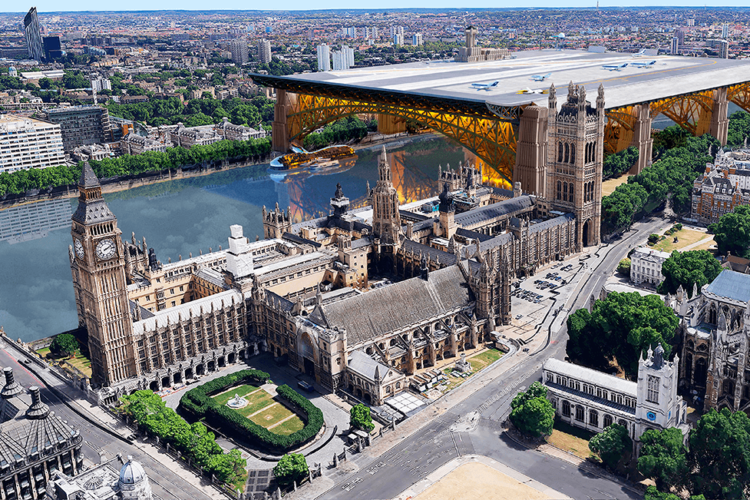 London has had many projects that never took off the ground. They were either ridiculous, impractical or too expensive. But it sure has created some interesting planning applications and proposals throughout London's history. The folks over at Barratt Homes have taken the historical proposals and did some photoshop magic to imagine what these plans would look like in modern … END_OF_DOCUMENT_TOKEN_TO_BE_REPLACED 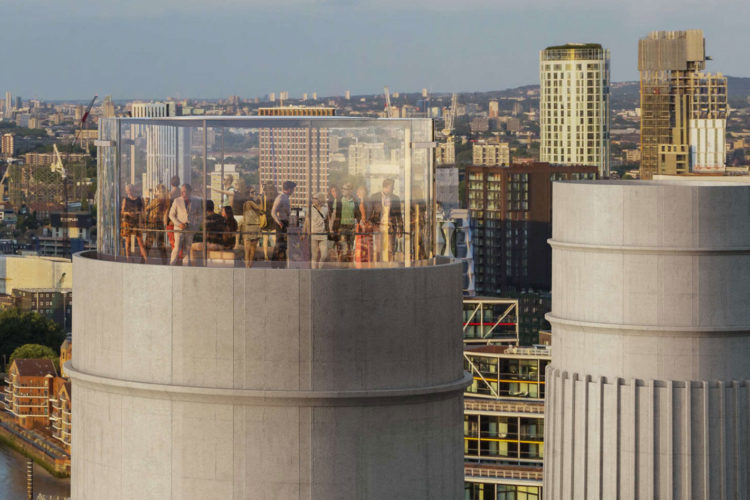 No, Willy Wonka isn't building a chocolate factory in London. Battersea Power Station, made famous by the iconic Pink Floyd's album cover and then became more famous as a white elephant changing hands several times, is to get a new tourist attraction. They're going to put a glass elevator in one of the smokestacks and offer travelers a chance to get 360-degree unobstructed … END_OF_DOCUMENT_TOKEN_TO_BE_REPLACED 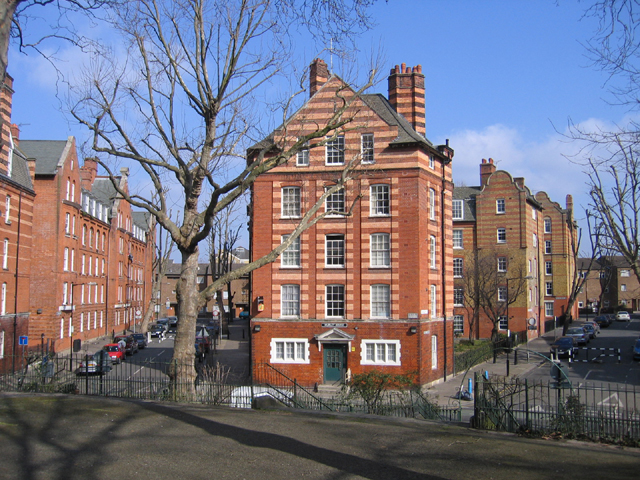 Since the Victorian period, the British government and local councils have taken it upon themselves to ensure that housing was provided to the working classes.  Part of this was out of concern for the health of lower-income persons who were often packed into slums as well as being a progressive step toward municipal planning.  In the wake of destruction caused by the London … END_OF_DOCUMENT_TOKEN_TO_BE_REPLACED 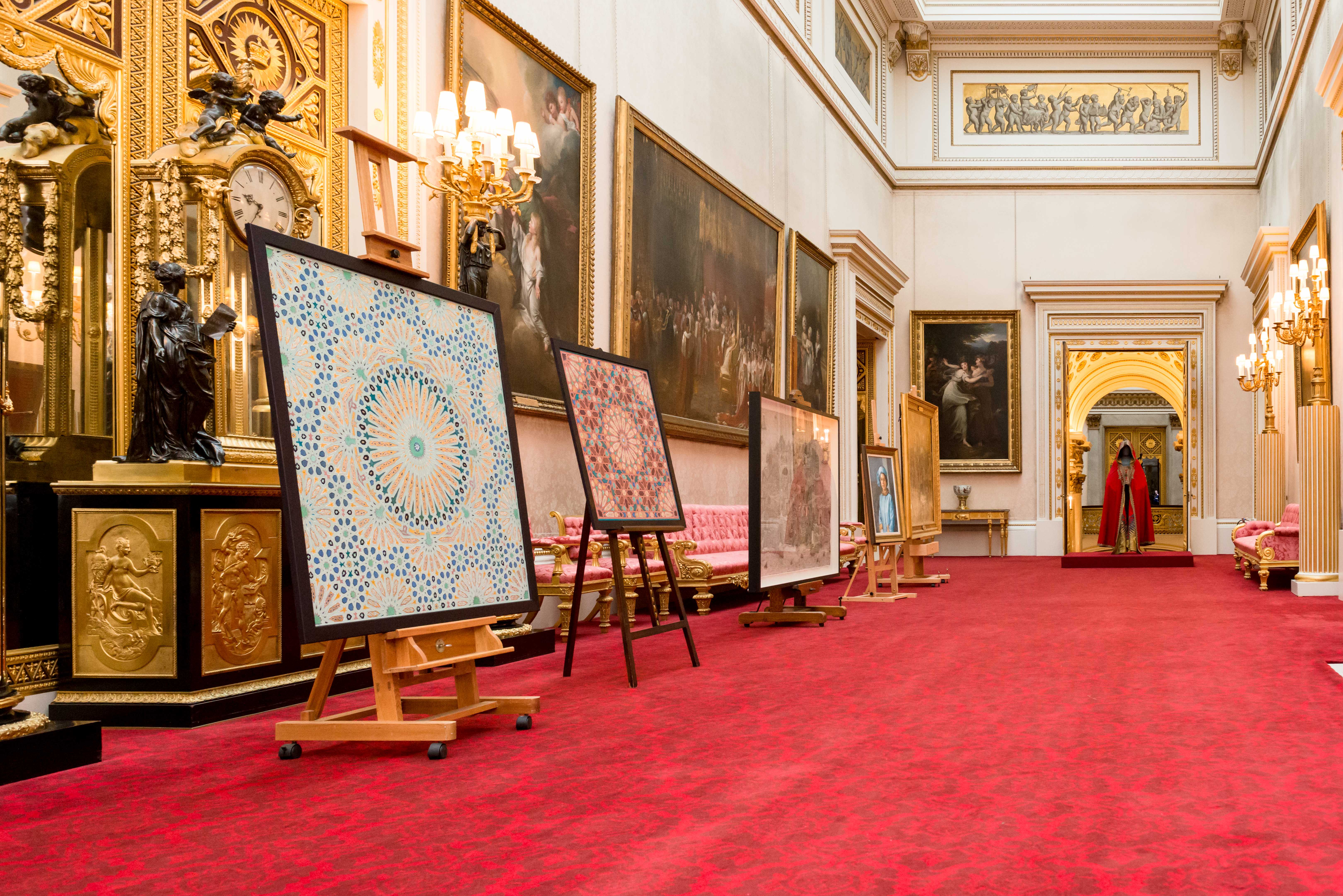 For ten weeks each summer we get to go inside Buckingham Palace and see the State Rooms while the Queen is away at Balmoral (Scotland). There's also a special exhibition included and this year, to mark the 70th birthday of The Prince of Wales, the Summer Opening of Buckingham Palace includes a special display of over 100 works of art personally selected by His Royal … END_OF_DOCUMENT_TOKEN_TO_BE_REPLACED 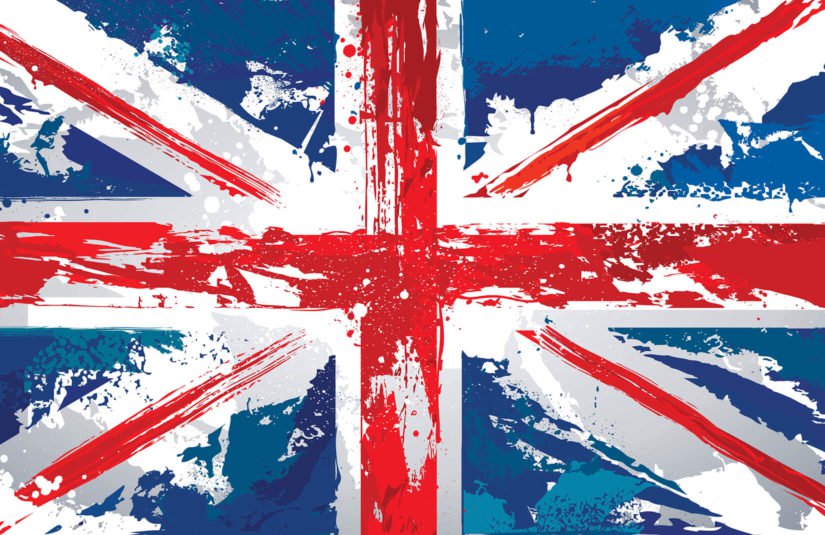 English is a forever evolving language. It changes the most on the streets of London as the various ethnicities that have settled in London co-mingle their native languages with English. Interesting things result from this. There are new words all the time, old words are brought back into fasion, some words now mean the opposite of what they used to mean. It’s all very … END_OF_DOCUMENT_TOKEN_TO_BE_REPLACED 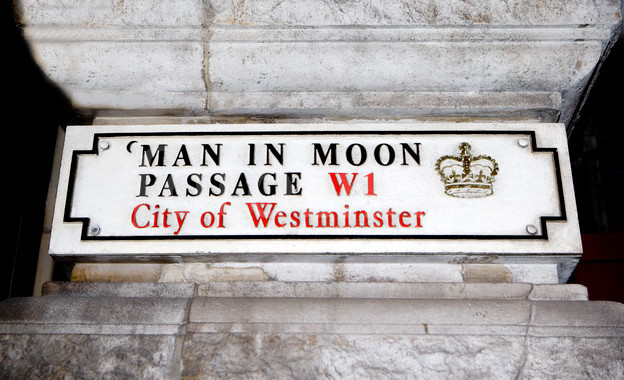 Street names can be funny things.  Most often the name originates from long ago and the original meaning behind the name was lost.  People forget the person it was named for, or the trade that was located there has since moved on.  Still, the names remain and their meaning often becomes something new and hilarious.  Enjoy these twenty-five London streets with funny names and … END_OF_DOCUMENT_TOKEN_TO_BE_REPLACED 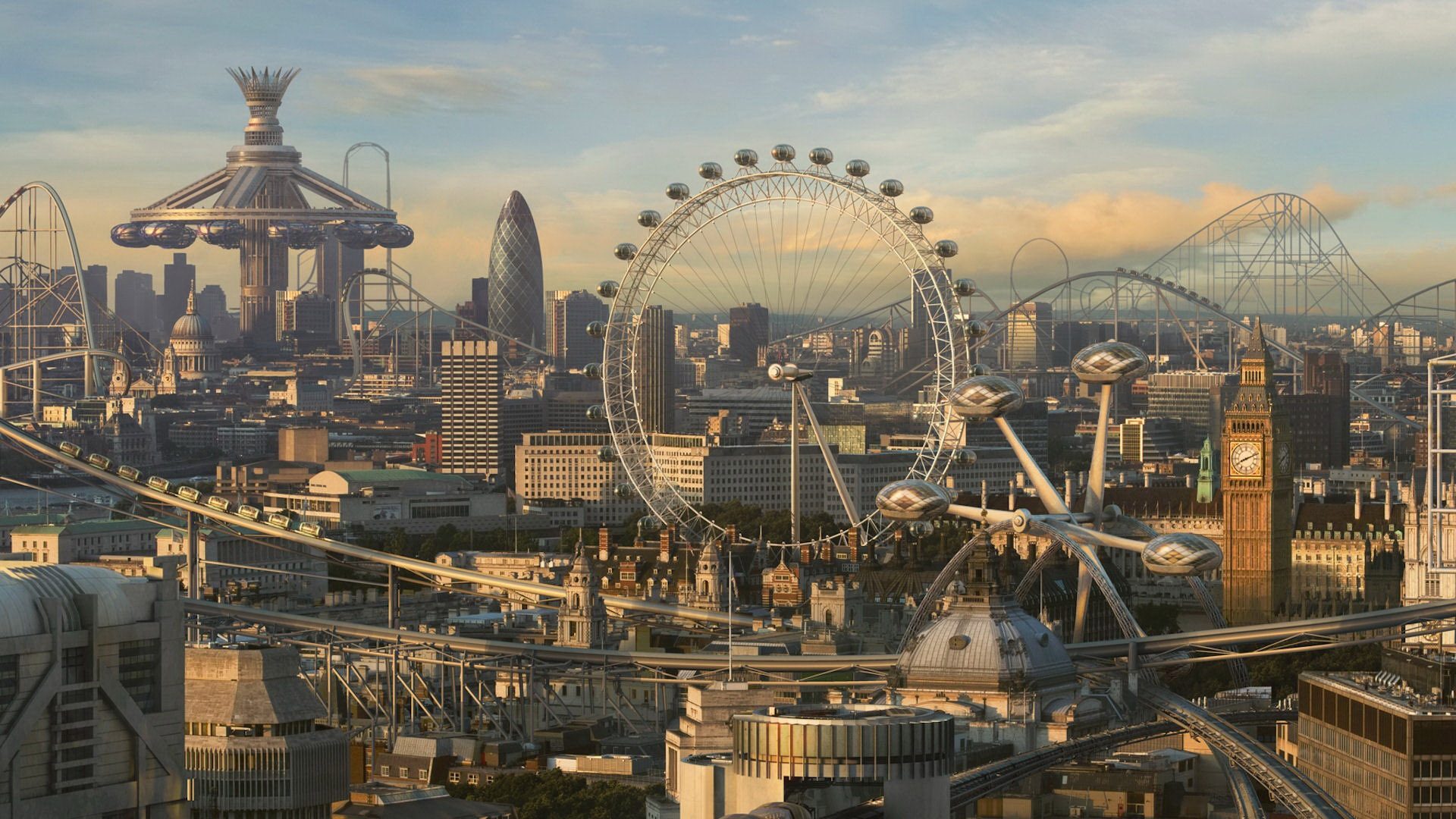 The future is bright—sometimes.  Science-fiction is a genre that reaches into the future to make suppositions about what’s to come or what could happen.  Since the earliest days of the genre, London has played a role in stories such as War of the Worlds and with the advent of film and later television, these tales portraying London’s future have always been popular.  Most of … END_OF_DOCUMENT_TOKEN_TO_BE_REPLACED 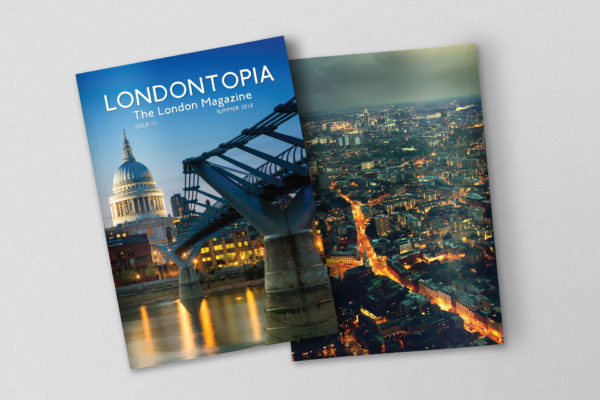 We've been working on this in secret and now we're ready for the big reveal. Introducing The Londontopia Print Magazine. Did you know that there isn’t a magazine on the US market dedicated completely to London? We thought this was odd, so now that we’ve got two years of magazine experience under our belts with the Anglotopia Magazine, today we’re launching a dedicated London … END_OF_DOCUMENT_TOKEN_TO_BE_REPLACED

Living in the city is hard.  It’s also expensive.  A common criticism of most cities is that home prices, and apartment rents are only getting more expensive.  A city like London can certainly fit the bill when it comes to high rent prices.  Of course, in a city full of movie stars, politicians, businessmen, and royals, there are plenty of people willing to pay for the richest … END_OF_DOCUMENT_TOKEN_TO_BE_REPLACED 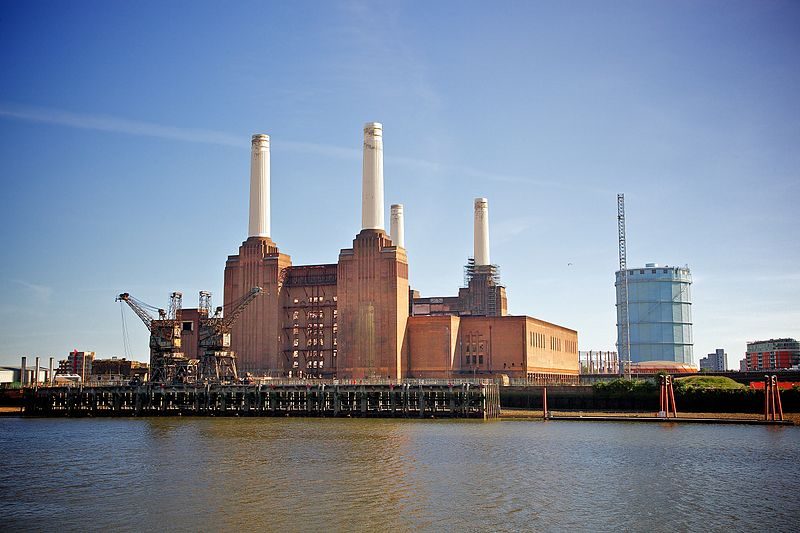 Generating power has been a necessity in Britain for longer than most people would think.  Firewood was replaced with charcoal as early as the Roman Occupation and coal mining was a major source of fuel by the 13th Century.  Coal provided the primary energy source for hundreds of years after that, powering the first steam engines of the Industrial Revolution as well as heating … END_OF_DOCUMENT_TOKEN_TO_BE_REPLACED 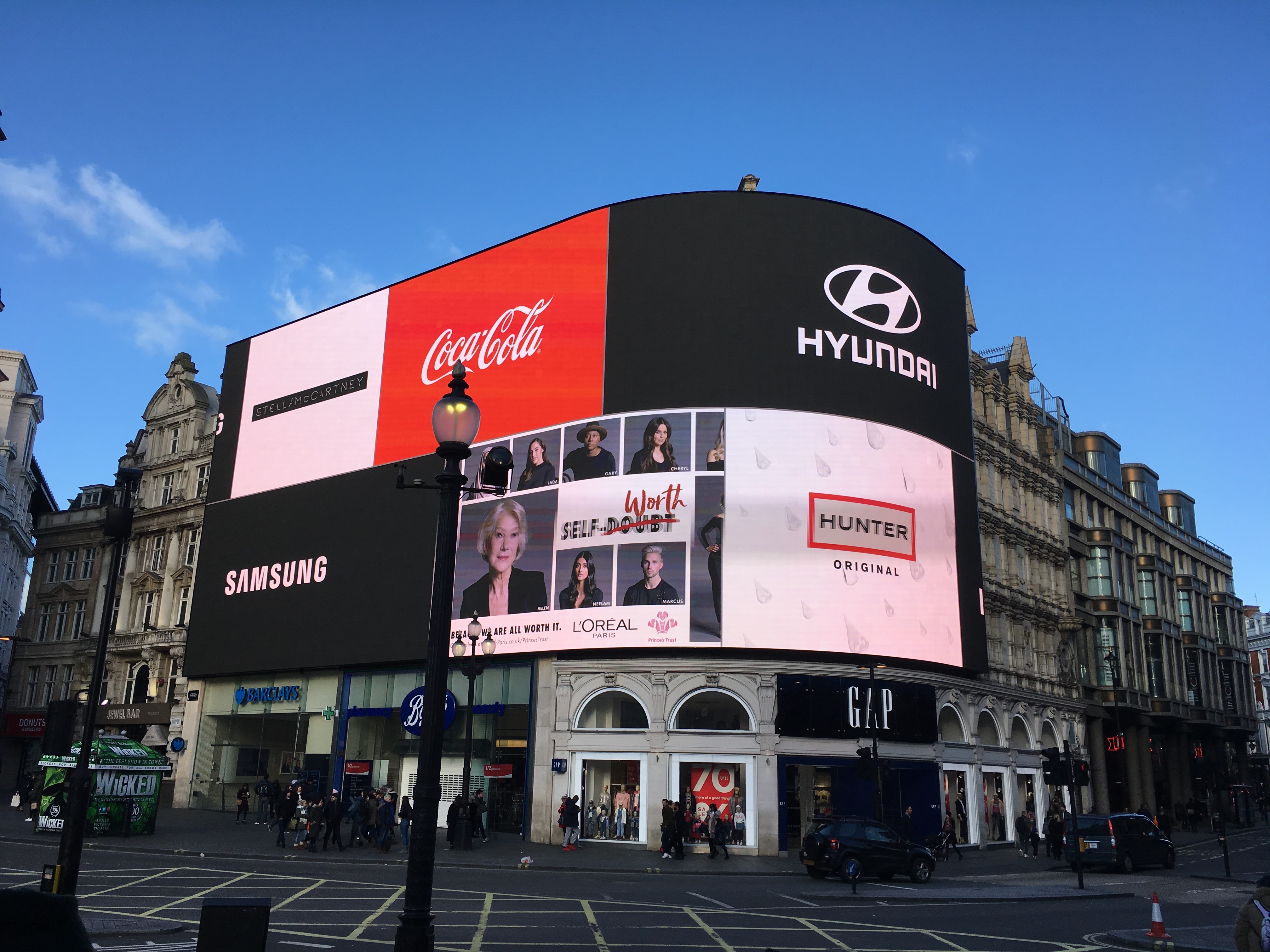 In this article, I’m going to review a billboard. But not just any billboard, the most famous billboard in the world. Well, in London at least. I’m talking about, of course, the new electronic billboard that has replaced the previous iconic billboards at the heart of Piccadilly Circus. First some terminology - in Britain they don’t really use the word billboard. It’s a … END_OF_DOCUMENT_TOKEN_TO_BE_REPLACED 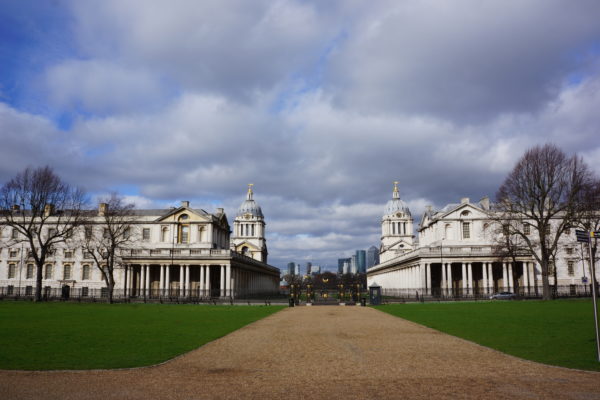 Greenwich, London is an area of London just south-east of the City of London.  It’s first mentioned in a Saxon charter in 918 as “Grenowic” or “green settlement.”  As London grew and prospered, Greenwich eventually became an area dedicated to maritime pursuits, eventually becoming the home of the Royal Navy College and the Royal Observatory.  This history is on display at the … END_OF_DOCUMENT_TOKEN_TO_BE_REPLACED 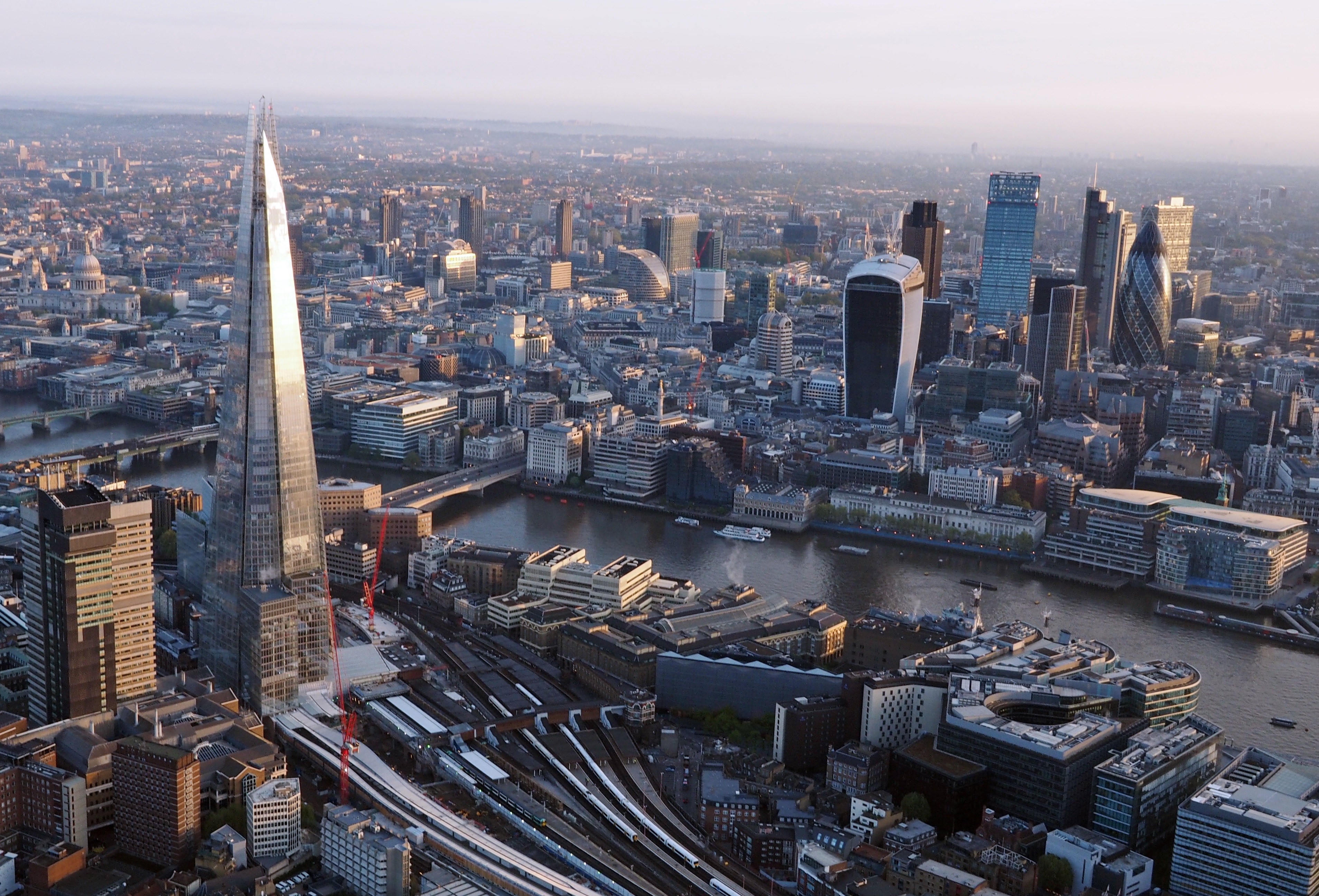 Technology is ever-changing, and its applications are always increasing, offering a wide range of benefits.  With that in mind, municipalities all over the world are out to incorporate new technology in order to improve the lives of their citizens.  The use of information and communications technology and Internet of Things technology can provide a large number of service … END_OF_DOCUMENT_TOKEN_TO_BE_REPLACED 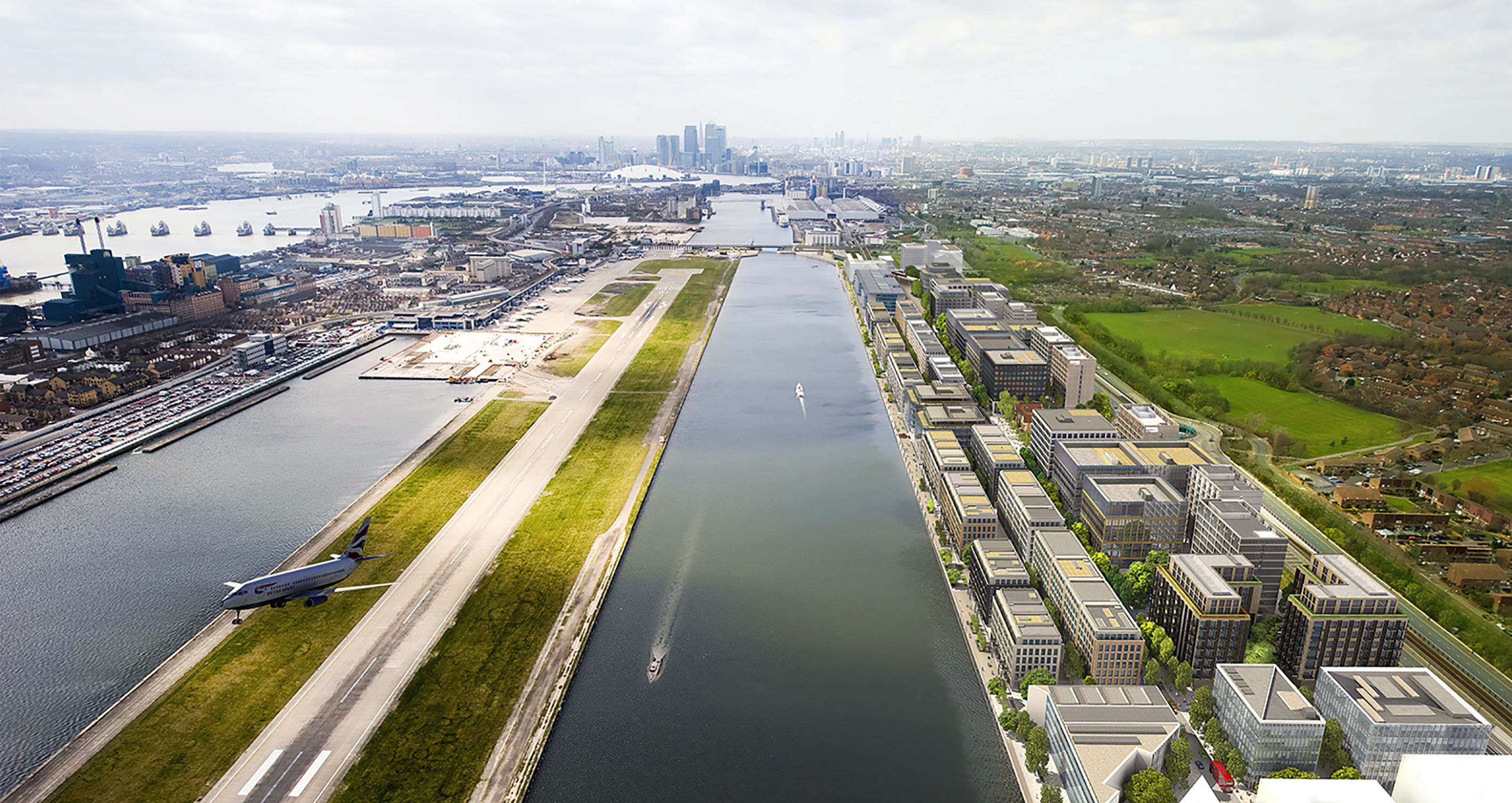 Cities are always growing, always changing.  While we work to preserve the history of graded structures, we also need new developments to meet the city’s needs for transport, business, housing, and more.  Lots of proposals never come off the drawing board, but those that do begin construction promise to change the city’s fate.  There are presently a wide array of proposed and … END_OF_DOCUMENT_TOKEN_TO_BE_REPLACED 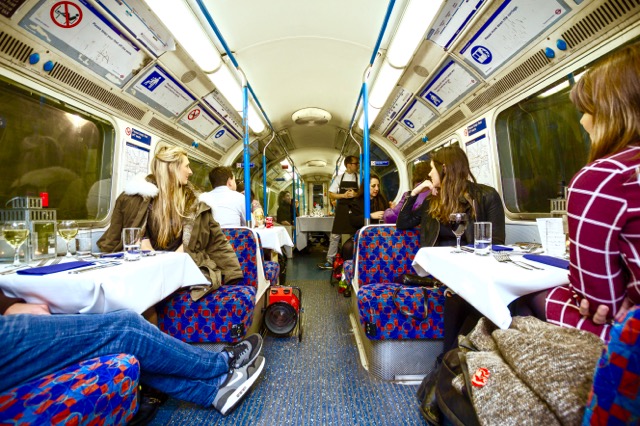 It’s one thing to simply walk through an old building, see a play, or have dinner in a great restaurant, but it’s another event entirely when you find yourself immersed in the experience.  Today, many patrons want to feel like a part of something rather than just being a spectator, and the city of London has many immersive opportunities that throw visitors into the deep end.  … END_OF_DOCUMENT_TOKEN_TO_BE_REPLACED 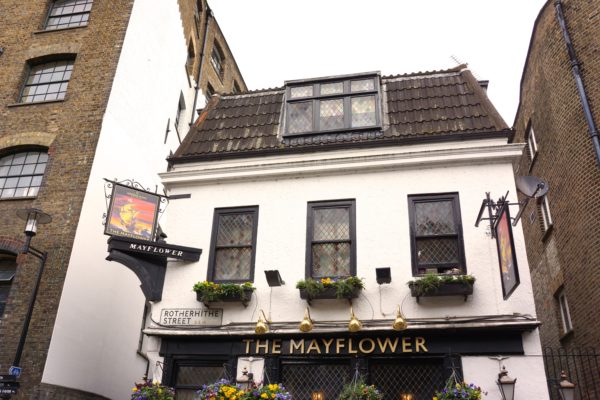 London’s pubs are one of the most charming aspects of the city.  They get even better when you can find one next to the Thames River.  Many of the city’s pubs are right on the river and offer a magnificent view of the flowing waters and the ships that traverse the Thames.  It can be hard to pick only one of these great watering holes.  They’re all gorgeous on the … END_OF_DOCUMENT_TOKEN_TO_BE_REPLACED 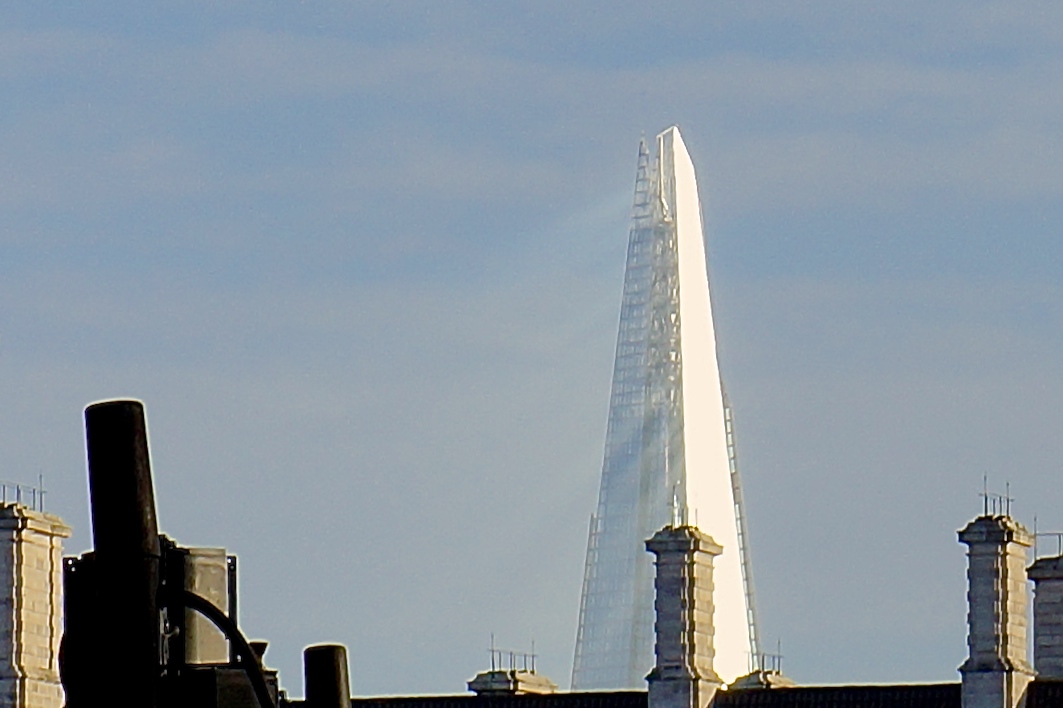 Threading the skies over London like a great glass needle, the Shard is one of the city’s newest and most striking skyscrapers.  Completed in 2013, it has 95 floors and stands at 1,106 feet, making it also the tallest structure in the city and the whole of the United Kingdom.  In the short time that it has been a part of London, the Shard has made more of an impression than … END_OF_DOCUMENT_TOKEN_TO_BE_REPLACED