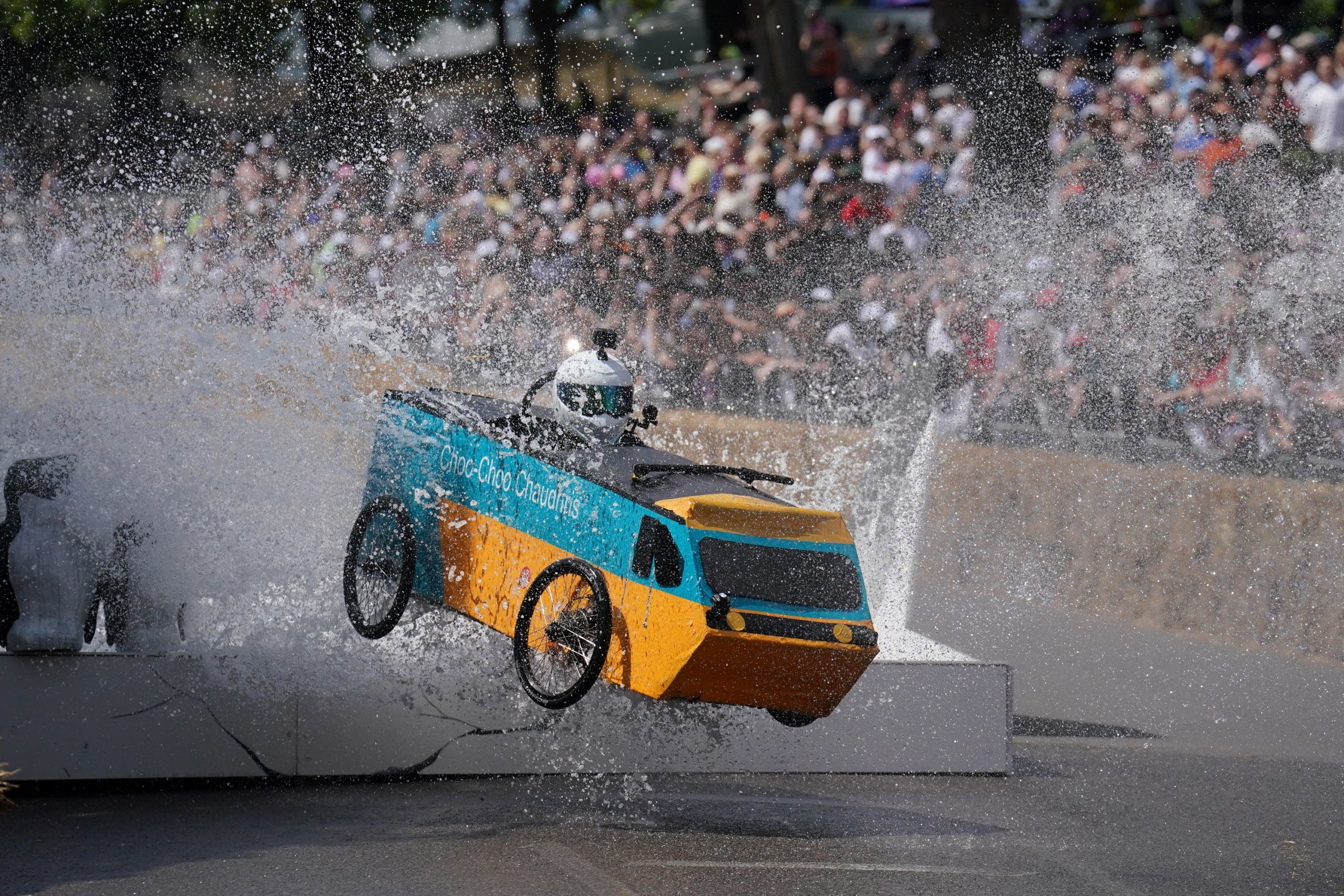 Amateur racers from around the world have donned wacky costumes to take part in Red Bull’s Soapbox Race.

Thousands of spectators descended on Alexandra Palace in London on Sunday to witness the event on its return to UK since 2019.

The 67 teams of amateur drivers and crews were tasked with creating homemade non-motorised soapboxes to race on the steep downhill course.

One team called Rookie Duckies traveled from Lancashire to take part in the race for the first time with their soapbox called Quack-In-A-Box.

It was inspired by the concept of a jack-in-the-box with a giant duck on a spring and the team members dressed up as a duck and a huge egg.

Melanie Heyworth, Rookie Duckies pilot, told the PA news agency: “We haven’t a clue what we’re doing but we’re here for the laughs.

“We wanted a design that would make people smile, so general silliness, over-the-top costumes and lots of colors were our main objectives.”

“The teams have been great – lots of support, lots of camaraderie.”

Each team consisted of four people – which included one driver, one co-driver and two pit crew.

Participants were judged on their creativity, speed and showmanship with a star judging panel made up of professional BMX-er Kriss Kyle, Red Bull break-dancer Sunni, presenter Elz the Witch, and the motorcycle collective, VC London.

Many of the crews were inspired by their favorite TV shows and fictional characters from films including Top Gun, Harry Potter and Ghostbusters.

One team called The Handsome Homers included a large doughnut on their bright pink soapbox, called the Pink Lightning, inspired by The Simpsons.

The crew crashed on the first jump as their whole vehicle “exploded”.

“This is our third year doing the Red Bull Soapbox event and we really enjoy it,” Dan, one of The Handsome Homers, told the PA news agency.

“We went over that first jump, nose-hit the ground, the whole thing exploded – polystyrene and pieces of car went everywhere… And we had to pull the entire thing down the hill just like we did in 2019.”

Another team called Rebel Alliance, who are from Sherfield on Loddon, Hampshire, said they had been preparing their Star Wars-themed soapbox since 2018.

Called Rebel Alliance X Wing, it had four wings which crossed in an X formation, and the team dressed in Star Wars-themed costumes, including Storm Trooper outfits.

Team member Hayley Claughton, 42, told PA: “Performing in front of cameras, our family and friends is nerve-wracking but very exciting.

“Our soapbox has been in the making since 2018 but Covid got in the way.

“We all loved the Red bull Soapbox competition and figured after so much time apart with lockdown it would be a great project for our three families to work on.

“It’s a once-in-a-lifetime experience and a dream of ours.”

Meanwhile, Team Oral Health, attempted to clean up on the track in their vehicle promoting good dental hygiene, racing in a toothpaste-shaped soapbox called You Know The Drill.

Dressed in scrubs with blue gloves and armed with toothbrushes, they are a team of dentists and hoped to encourage people to floss.

The day ended with team Go Go Gadget Soapbox being crowned the overall winners of event for their soapbox inspired by the animated television series, Inspector Gadget.