You are here: Home / London News / New giant waterlily and ‘botanical wonder of the world’ discovered in Kew 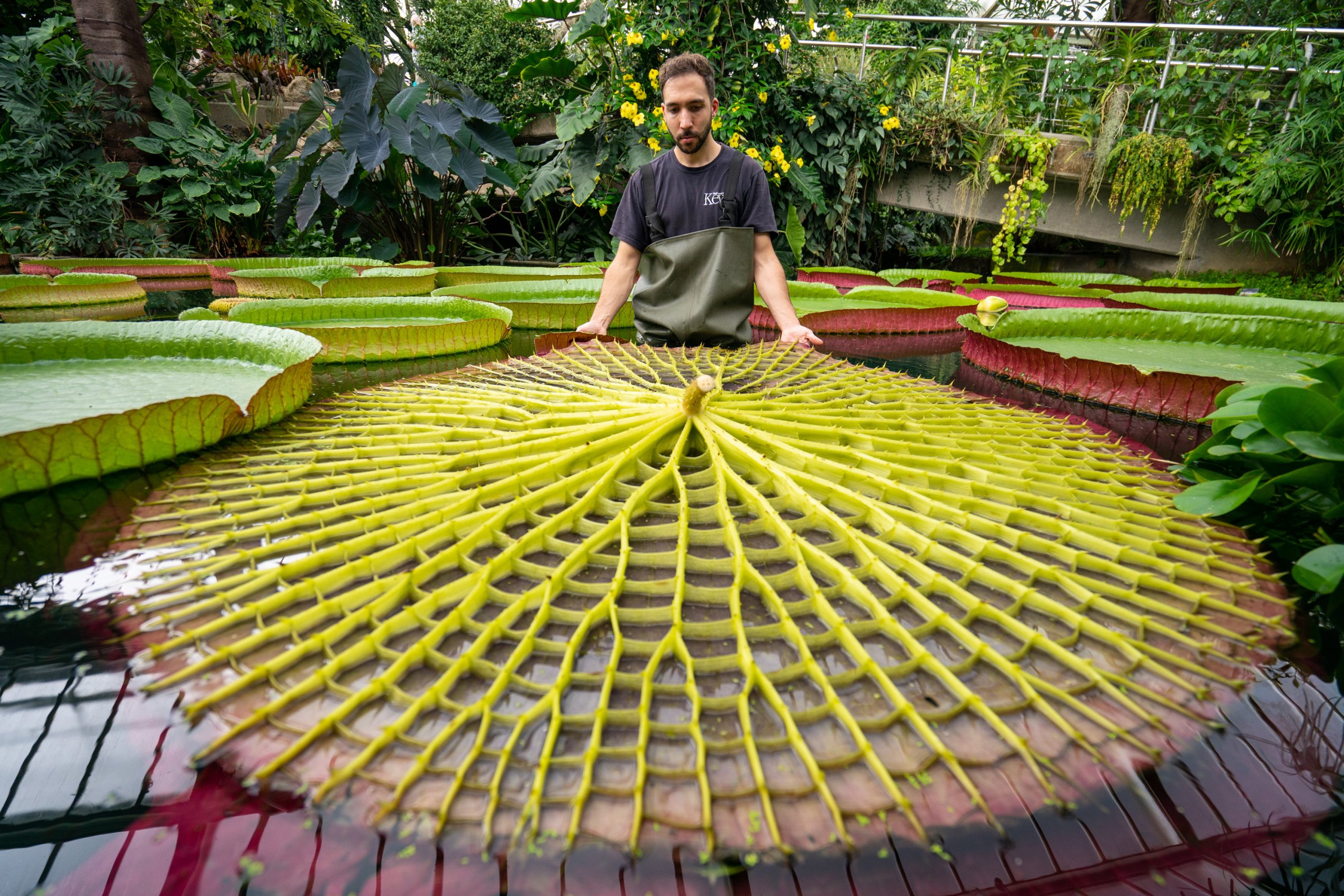 A giant waterlily held in Kew’s Botanic Gardens for 177 years has been revealed as a species new to science and “one of the botanical wonders of the world”.

The famous giant waterlily, genus Victoria, was named after Queen Victoria in 1852, and was believed to include two different species. But scientists have confirmed the massive plant in Kew is a third type.

It is the first discovery of a new giant waterlily in over a century and now holds the record for the largest in the world.

The plant was named V Boliviana in honor of Bolivian research partners and one of the South American homes of the waterlily, alongside the other two species: V Cruziana and V Amazonica.

Scientist Natalia Przelomska from Kew Gardens said “in the face of a fast rate of biodiversity loss” describing new species “is a task of fundamental importance”.

“We hope that our multidisciplinary framework might inspire other researchers who are seeking approaches to rapidly and robustly identify new species,” she added.

Dr. Alex Monro, research leader in the Americas team at RBG Kew and senior author of a new paper on the discovery, said: “Having this new data for Victoria and identifying a new species in the genus is an incredible achievement in botany — properly identifying and documenting plant diversity is crucial to protecting it and sustainably benefiting from it.

“This paper has been an extra special one to work on because it brings together expertise from across so many different fields – horticulture, science, and botanical art, and has involved working in close collaboration with our Bolivian partners.

“Victoria has a special place in the history of Kew, having been one of the reasons that Kew was saved from closure in the 1830s. To have played a role in improving knowledge about these magnificent and iconic plants has added resonance for the Kew partners.”