You are here: Home / History / The Hexing of London – The City’s History of Witches 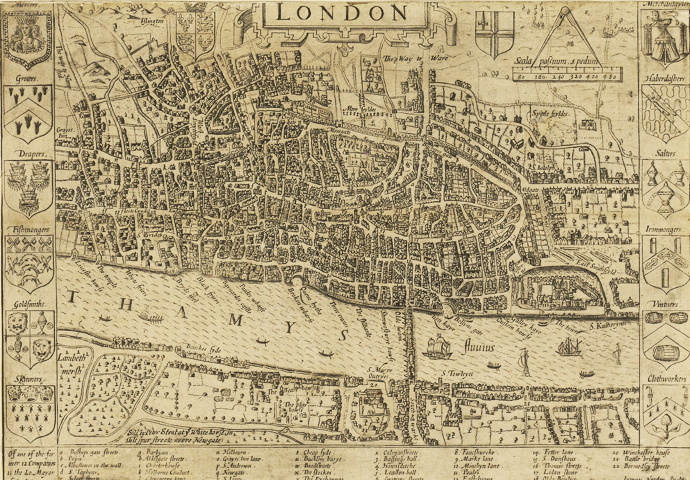 Around Halloween time, it’s likely to see many witches running around the streets of London, usually just in fancy dress.  However, this modern-day bit of fun belies the city’s grim history persecuting women for witchcraft and publicly executing them on the flimsiest of evidence.  Superstition against witches had long existed in England, but the Church decried such belief as pagan superstition.  Though over time, the idea that humans could willingly be in league with the devil and receive supernatural powers as part of the deal crept into theology.  Pope Innocent VIII denounced witchcraft as heresy in 1484, paving the way for many European religious groups to begin persecutions.

London’s history with witchcraft long preceded its theological acceptance in Europe.  One witch hunt had taken place in the 10th Century after a woman, and her son were accused of driving stakes into a man’s image.  The woman was put on trial and executed by drowning in the Thames, while her son was able to escape and became an outlaw.  In 1371, a Southwark man was arrested for practicing spells, rather than the skull and corpse that were in his possession.  He was ultimately let go on the promise that he wouldn’t perform magic again.  In 1390, John Berking was arrested for predicting the future and sentenced to two weeks in prison, an hour in the pillory, and made to leave London forever.  Margery Jourdaine was arrested in 1441 for using witchcraft in a plot to kill King Henry, for which she was burnt at the stake.

Burning at the stake wasn’t the normal punishment at the time, and instead, most witches were tried by being tied up and thrown into the river, much as the 10th Century accused was.  Because of the buoyancy of the human body, most of the time, people would float and so escape death.  People could also be brought to trial for any kind of magic, including image magic (conjuring of visions) or love magic (making people fall in love or, more commonly, finding new husbands for widows).  Interestingly enough, a study of trials conducted prior to the 16th Century shows women tended to be found guilty disproportionally to men, and usually, the victims were poor and old.

In England, persecution of witches didn’t formally begin until King Henry VIII passed the Witchcraft Act of 1541.  While the new law brought about plenty of witch trials (including convictions and acquittals), London’s first witch trial under the law occurred in 1599.  Anne Karke was tried and convicted in 1599 then hanged at Tyburn, despite the Bishop of London being unconvinced of her guilt.  After King James I ascended the throne of England in 1603, his interest in witchcraft led to a rash of new witch hunts throughout Britain.

The next major trial to occur in London was that of Elizabeth Sawyer in 1621, who had been accused of being lured into Satan’s service by a dog named Tom, then executed at Marble Arch in Tyburn.  Another 17th Century witch was a man named Nicholas Culpepper, a physician and pharmacist who was accused of witchcraft by one of his patients in 1643 in Shoreditch but was acquitted.  Joan Peterson gained infamy in 1652 as the “Witch of Wapping”, an herbalist who was accused of turning into a black cat, having incriminating conversations with a squirrel, throwing a banker to whom she owed money into “fits”, and using witchcraft to kill Lady Powell.  Peterson was offered clemency if she testified against other “witches”, but she refused and was hanged.

After this period, persecution of witches largely declined throughout the UK as skepticism grew.  One of the last rumored witches was believed to have lived in Camden in 1676.  The World’s End pub in Camden is believed to have been built over the home of “The Witch Queen of Kentish Town”.  Jenny Bingham, also known as “Mother Damnable” and “Old Mother Redcap”, was believed to have practiced the black arts after three of her husbands died mysteriously, but Bingham was never actually brought to trial (possibly because the locals relied on her herbal remedies).  She ultimately died of poison with her black cat.

Interestingly enough, London’s association with witchcraft didn’t end after the 17th Century and continued well into the 20th.  During World War II, famed Wicca founder Gerald Gardner revived the ancient religion from his home in Charing Cross and with his New Forest Coven, attempted to use magic to ward off the Nazis.  Then in 1944, the last witch trial under the Witchcraft Act was that of Helen Duncan of Scotland.  With the trial conducted at the Old Bailey, Duncan was accused of conjuring the spirit of a sailor who had died from a U-boat attack at a séance.  The law was evoked for her trial primarily because it was thought her activities were bad for wartime morale.  Churchill himself thought the case was “absolutely tomfoolery”, though nothing was done to free her or grant her a pardon.

The original Witchcraft Act of 1541 had been succeeded by a number of other laws, the last of which was passed in 1735.  That was eventually overturned by the Fraudulent Mediums Act of 1951, which itself was repeated in 2008 by EU Consumer Protection Regulations.  Due to the efforts of Gardner and others, Wicca is a recognized religion in the United Kingdom, and no one is persecuted as a witch in London or anywhere else.  And while costumed witches will be running amuck in the clubs and pubs of London, real Wiccans will be celebrating Samhain, the ancient pagan holiday from which Halloween originated.