You are here: Home / London News / Seahorses and sharks thriving in Thames, first ever State of the Thames report released 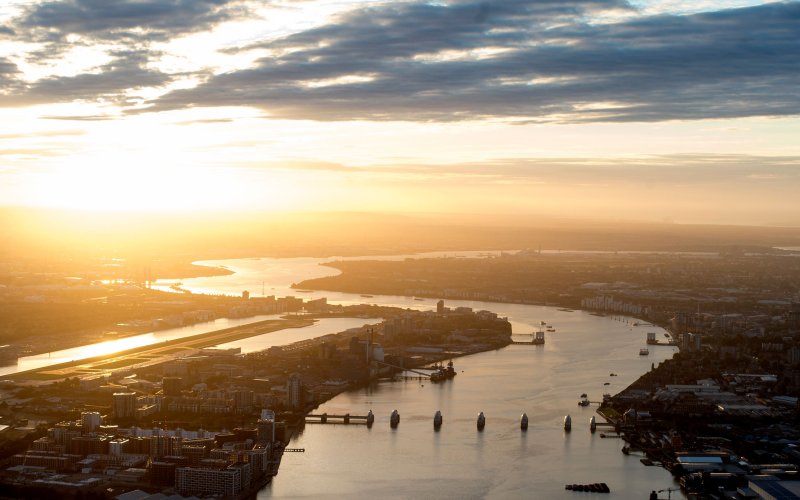 The Thames is a “rich and varied” home for wildlife, including seahorses and sharks; a report into the health of the river has concluded six decades after parts of it were declared “biologically dead.”

But the first-ever State of the Thames report also warns of the threats from climate change and pollution, with an average rise of water temperature of almost 0.2C per year detected.

The presence of a juvenile short-snouted seahorse, found in 2017 at Greenwich, “indicates that the tidal Thames is a recovering estuarine ecosystem,” the report notes.

Evidence has also been gathered on the importance of the river “as a breeding ground and nursery habitat for fish,” including smelt, European seabass, and a type of shark known as a smoothhound.

The report, led by the Zoological Society of London (ZSL), said water quality has “exhibited some promising improvements,” with reduced phosphorus concentrations – a change attributed to the effectiveness of improved sewage treatment works to reduce harmful levels of nutrients entering the water.

But there has been a long-term increase in nitrate concentrations, and the report adds, “the influences of climate change are clearly impacting the tidal Thames, as both water temperature and sea levels continue to rise above historic baselines.”

On average, summer temperatures in the upper tidal Thames have been increasing by 0.19C per year, and those behind the report said this will “undoubtedly affect the estuary’s wildlife, leading to changes in life-history patterns and species ranges.”

When it comes to wildlife, including seals, there have been “improving short-term trends identified for natural habitats, birds and marine mammals,” although the number of fish species showed “a slight decline,” with more research needed to determine the cause, the report said.

Between 2016 and 2020, 17,770 single-use plastic bottles were counted and removed at sites along the tidal Thames, almost half of which were water bottles, the report said.

It added that some plastics found in the river, including cotton buds and wet wipes, come from sewage overflowing into the estuary, which not only threatens the ecosystem but “also has a detrimental impact on the perception of the Thames as being ‘dirty.'”

High levels of pollution in parts of the Thames led scientists in 1957 to declare stretches of it to be “biologically dead,” but there has been a marked improvement since then, the report said.

“Investment in infrastructure has led to great improvements in the water quality of the tidal Thames,” the researchers said.

“As a result, it once again provides a rich and varied habitat to an abundance of wildlife and many benefits to people.”

The report, funded by the Royal Bank of Canada, used 17 indicators to assess the health of the river and involved experts from 16 organizations.

Alison Debney, ZSL conservation program lead for wetland ecosystem recovery, said: “The Thames estuary and its associated ‘blue carbon’ habitats are critically important in our fight to mitigate climate change and build a strong and resilient future for nature and people.

“This report has enabled us to really look at how far the Thames has come on its journey to recovery since it was declared biologically dead, and in some cases set baselines to build from in the future.”

James Brand, from the Environment Agency, said the organization is “committed to reaching net-zero by 2030 and improving water quality in our rivers”.

He added: “The Thames Estuary 2100 Plan advocates adapting to rising sea levels by thinking holistically about our riversides, incorporating new wildlife habitat and other environmental improvements as we work in partnership to upgrade flood defenses.”