You are here: Home / London / The London Fiver – Five Places to Visit for Isambard Kingdom Brunel 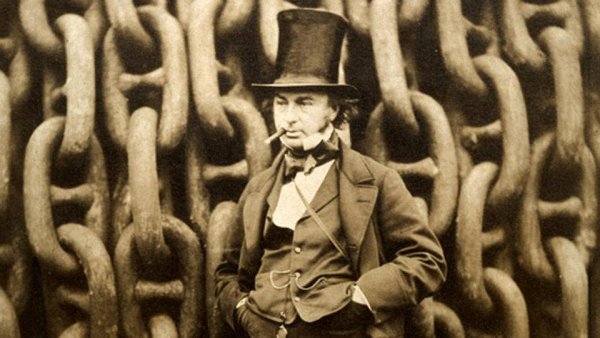 It might be an understatement to say that Isambard Kingdom Brunel was the most important engineer in England during the 19th Century.  The Royal Albert Bridge, the Great Western Railway, the Maidenhead Railway Bridge, and the Clifton Suspension Bridge are just some of the structures in the UK attributable to him.  Brunel helped to connect Britain in a way that revolutionised the economy and society.  For much of his life, London was Brunel’s base of operations, and several places in the city are testaments to his life and work.

Though he was born in Portsmouth, Brunel spent much of his childhood in this home in Chelsea.  Built in 1674 by the 3rd Earl of Lindsey, by the time Marc Brunel purchased the home, it had been divided into four separate dwellings numbered 95 to 100.  The Brunels lived in no. 98 and it is likely here that Isambard became involved in his father’s business.  Apparently not all of Marc Brunel’s engineering projects were appreciated, as some of the changes he made to the house proved unacceptable to the neighbours and later tenants, who had the alterations changed back after the family moved out.  Grade II listed and today in the National Trust, Lindsey House is not open to the public except on open house weekends, so be sure to check the National Trust’s site before planning your visit. 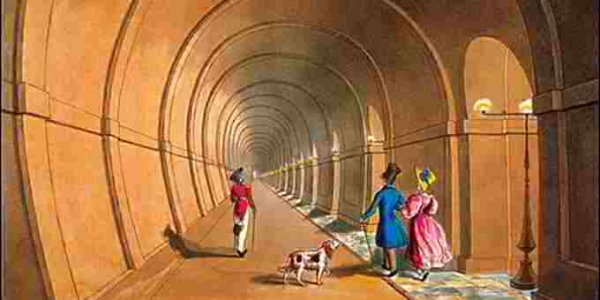 The Thames Tunnel was the first successful tunnel under the river, connecting Rotherhithe and Wapping.  Marc Brunel developed and patented the tunnel shield that made the project possible and brought his son Isambard on to help with the construction.  Begun in 1825, Marc would bring the eighteen-year-old Isambard onto the project who was injured and sidelined for several months in 1828 due to a cave-in.  After opening in 1843, the tunnel was used both by pedestrians and later by the East London Railway, one of the precursors to the London Underground.  Today, the tunnel house in Rotherhithe exists as the Brunel Museum, dedicated to the father and son who built it.

Meant to link the UK’s capital with the West Midlands, Wales, and the South West, the Great Western Railways was one of the greatest engineering feats of the mid-19th Century.  Brunel was appointed as the project’s engineer ten years before he completed work on the Thames Tunnel and surveyed the entire route from London to Bristol himself.  Controversial at the time, Brunel opted to use a broad gauge of 7 feet, 1/4 inches instead of the standard gauge because he believed it would enable trains to run at higher speeds, a belief that he was able to prove through several trials.  Those wishing to visit this triumph can head to Paddington Station, which is the London terminus for the line and has a statue of Brunel located between platforms 8 and 9.

Part of the Great Western Railways, Maidenhead Railways Bridge is the structure that carried the GWR’s trains over the River Thames and to the lands beyond.  The bridge is known for having the widest and flattest arches in the world, designs that were partly the result of experiments by Marc Brunel that Isambard helped to finance.  Since it was finished in 1838, it is one the most-painted subjects in the city and achieved Grade II listed status in 1950 for the western half and 1985 for the eastern half.

The engineer’s life in Victorian times was a hard one, and Isambard certainly didn’t help himself with smoking and may have had a kidney problem known as Bright’s disease.  He died ten days after suffering a stroke in 1859 and is buried in the family plots at Kensal Green Cemetery.  In this magnificent Gothic cemetery full of beautiful monuments and gravestones, the Brunel Family Gravestone is very modest by comparison and easily overlooked.  It can be found south of the main path about halfway between the entrance and the central chapel.  While Isambard’s inscription is simple, under his father’s name has been impressed “He has raised own monument by his public works”, which would apply just as well to the son as the father.