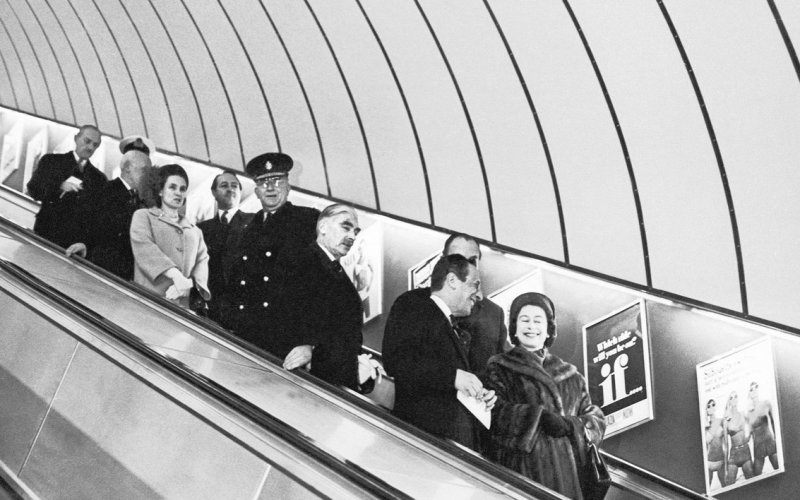 Welcome to Swinging London!  The 1960s were undoubtedly a period of cultural revolution in the United Kingdom’s capital as fashion, musical, sexual, and other norms were pushed to their boundaries by the next generation of Londoners.  The old gave way to the new from 1961 to 1970 as old structures came down, new buildings went up, old governments morphed into other bodies, and new traditions were created.  We’ve identified ten of the most important events from the decade below, each by the year in which it happened.  If there’s something you think we left out, you can let us know in the comments.

Built in a Neo-Roman style in 1837, the Euston Arch once formed the gateway to Euston Station.  However, by 1960, the London County Council wanted to modernize its transportation system and demolish the entirety of Euston Station, including the arch.  While protests and preservation efforts saved the station itself, the Euston Arch’s demolition still took place beginning in 1961 and completed in 1962.

You’d think that with so many palaces and buildings, the Royal Family would be able to keep their art in all of them.  The Queen’s Gallery was constructed in 1962 as a public showcase and the main gallery of Buckingham Palace.  Works that populate the gallery are from the Royal Collection, many of which are held in a public trust and not privately owned by the Sovereign.

The London Tourist Board was formed in 1963 to help promote visitors to the city.  In 1969, it became the official regional tourist board for the city under the Development of Tourism Act.  Now known as VisitLondon, this public body helped increase visitor numbers from 1.6 million international visitors when it was formed to almost ten times that amount in 2019 (11.14 million).

Depicted in films such as The Boat that Rocked (Pirate Radio in the States), the BBC had a large monopoly on playing popular music in the 1960s and often relegated it to an hour per day.  Then came pirate radio stations such as Radio London in 1964, broadcasting popular music 24/7 from ships in the North Sea.  Eventually, the Marine, etc. Broadcasting (Offences) Act in 1967 brought down Radio London and other pirate radio stations.  A few weeks later, the BBC started up Radio One, a popular music station that employed many of the Radio London DJs, changing the nature of music in the UK.

New Towns were created by the British Government after WWII as a development tool to help surrounding London communities grow and be able to provide new housing to Londoners displaced by the London Blitz.  Milton Keynes earned the designation in 1962, and the existing village was expanded to handle a target population of 250,000.

Running from Brixton to Walthamstow, the Victoria Line first entered service on September 1, 1968, after eight years of construction.  It was immediately popular, and 1,000 tickets were sold in roughly the first hour.  The first part of the line when it opened ran from Walthamstow Central to Highbury & Islington and was officially opened by Queen Elizabeth II in 1969 after it was extended to Victoria.

On January 30, 1969, the Beatles gave one of the most well-remembered live concerts in music history when they performed on top of the Apple Corps roof.  For the 42-minute set, the band was joined by pianist Billy Preston and included several songs off the Let It Be album, including “I’ve Got a Feeling,” “Don’t Let Me Down,” and “Get Back.”  The concert ended as Metropolitan Police ascended the stairs of the building to shut it down due to concerns about the growing crowd in the streets.  The band would only release one more album, Abbey Road, before breaking up for good.

Not to be confused with the pirate radio station Radio London mentioned earlier, BBC Radio London was established as the city’s local BBC station.  It was part of a second wave of local stations spearheaded by BBC executive Frank Gillard.  For a time, it operated as BBC Greater London Radio before switching back to its original name in 2015 and still provides local news and programs of interest.