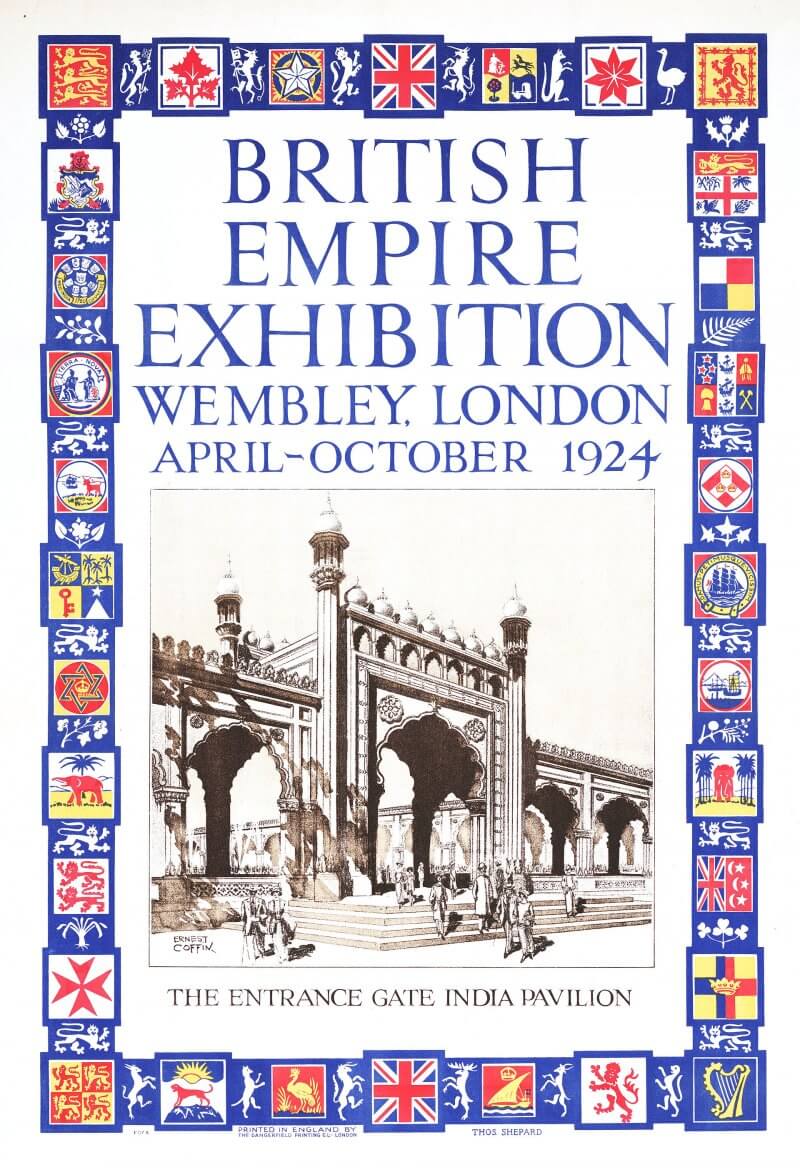 In the aftermath of The Great War, London saw a number of changes that helped to change it permanently.  Today we might take for granted the many aspects of the city that were added between 1921 and 1930.  We also forget about the hardships that were endured as well, with the Depression kicking off towards the end of the decade.  From taxation revolts to iconic landmarks, we’ve identified ten of the most important things that happened to London during this period by year.  If you think there’s something we left out, you can share that with us in the comments.

London’s tax expenditures used to be pretty uneven, enough that in 1921, the poorer Poplar Borough (now the Borough of Tower Hamlets) led a protest in how the city’s taxes were distributed.  They withheld collection of taxes related to the London County Council, Metropolitan Police, Metropolitan Boards Asylum, and Metropolitan Water Board.  The LCC and Metropolitan Boards Aslyum took them to court, and the Poplar Borough Council was held in prison indefinitely for contempt of court over refusal to remit the funds.  After the protest earned widespread public support, Parliament rushed through a law that equalized the tax burden amongst the boroughs.

Well before the existence of the Greater London Authority, the London County Council was the government municipal authority for all boroughs outside the City of London.  In 1922, the body’s main headquarters, County Hall, opened on the banks of the Thames.  Work continued on the building until 1939, and it remained the home of the LCC and its successor, the Greater London Council until the body was disbanded under Margaret Thatcher’s government in 1986.

The match played between the Bolton Wanderers, and West Ham United was the first FA Cup Final played at Wembley Stadium.  It’s perhaps more famous for the overcrowding that took place to the extent that spectators easily got onto the pitch and forced the police to clear everyone out, a moment that was made iconic by the appearance of a grey police horse that looked white in a photo.  As such, it’s often referred to as the “White Horse Final” and led to Parliament introducing numerous safety rules for matches.

In the post-war atmosphere, the British government became concerned about the increased prominence of the United States, Japan, and other countries on the world stage, so Parliament wanted to show off the greatness of the British Empire.  The exhibition at Wembley Park showed off exhibitions from all corners of the empire, including Australia, New Zealand, India, and more.  The Exhibition also built the sports ground Empire Stadium for the event, which eventually became the original Wembley Stadium.

While the double-decker busses had existed in London prior to 1925, the first of the iconic double-decker busses with a covered roof made its debut in this year.  While the open-top busses continued to be produced, the covered version became the norm for transportation across the city in the years to come, with the modern Routemaster being the latest incarnation.

An iconic image in the city and one that has become synonymous with the UK as a whole, the first red telephone boxes made their debut in 1926 on London’s streets.  The design of the boxes was the result of a competition that took place in 1924, and the winning design was chosen for the vibrant red color as it would make them easy to spot.

When Edward Guinness, First Earl of Iveagh and head of the St. James Gate brewery, died in 1927, he left his estate of Kenwood to the country.  Kenwood House came into the possession of the London County Council in 1950 and was opened as a museum, while the remaining lands became part of Hampstead Heath, increasing the land area of one of London’s most popular parks.

Heavy snowfall during Christmas 1927 combined with a spring tide and a storm surge to produce one of the city’s worst floods in early January 1928.  Water levels raised to just over 18 feet and embankments from the City of London and Southwark up to Putney and Hammersmith.  Damage took years to repair, and poorer areas that flooded resulted in 14 deaths and another 4,000 people left homeless.  While later floods were not as serious, repeated flooding led to the creation of the Thames Barrier.

The London Stock Exchange Crash of 1929 started as a result of investor Clarence Hatry being jailed for purchasing stock with fraudulent collateral.  When his company, the Hatry Group, crashed, as a result, it brought down a number of other stocks with it.  Falling on the heels of the ongoing New York Stock Exchange crash earlier that month, the two events are seen as the beginning of the Great Depression.

Better known today as Heathrow Airport, one of the world’s busiest places for air travel opened as the Heathrow Aerodome in 1930.  It was first known as the Harmondsworth Aerodome and then the Great Western Aerodrome before the name changed to Heathrow.  In the 1940s, the airport was greatly expanded and took its first steps to become the international airport that we know today.