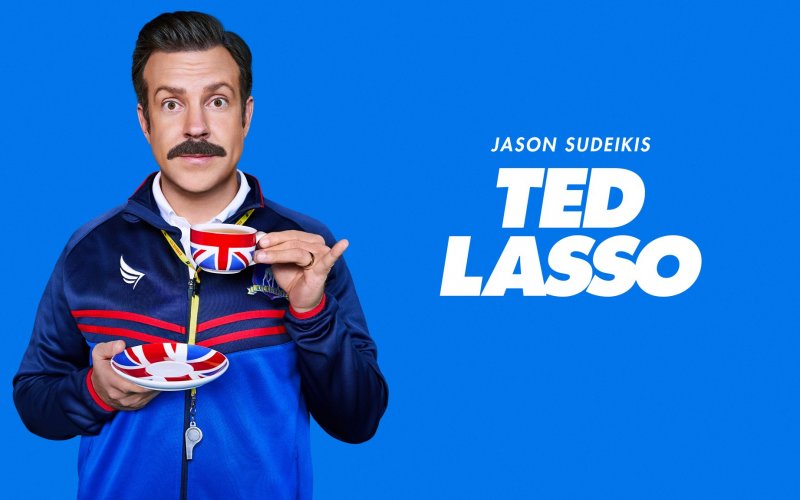 Certainly, one of the bright spots during the pandemic, Apple TV’s Ted Lasso is a show that has filled its viewers with positivity when it was needed most.  Starring Jason Sudeikis as the titular character, Lasso is an American college football coach who is hired to manage British football club AFC Richmond.  While the new owner hopes to run her ex-husband’s beloved team into the ground, Ted’s infectious optimism wins her and the rest of the team over—even if it doesn’t always transfer into a win on the pitch.  Since Ted Lasso films in London, in the very real town of Richmond, there are places you can visit as a fan of the series.  We’ve identified five of the top locations that appear in most episodes below.

A good bit of the show films near Richmond Green and the flats for Ted and Coach beard can be found on Paved Court in Richmond.  It’s usually here that the two coaches meet up in the morning on their way to work.  The bench on the corner of Paved Court and The Green has been used quite heavily.  It’s also this area where Ted makes friends with Shannon, a young teenager whom he often plays football against for fun.

Also near Paved Court is the Prince’s Head Pub, which is the location used for the Crown and Anchor, the AFC Richmond supporters’ local.  Run by Mae on the show and populated with supporters Baz, Jeremy, and Paul, the Crown and Anchor is as much an important location as Richmond’s stadium.  The Prince’s Head Pub isn’t just a location for exterior shots and fans of the show will also recognize the pub’s interior in many episodes, making it a very worthwhile and easy place to visit.

While not a regular feature of the show, the Rivoli Ballroom in Brockley doubles as the Richmond Theater for an important children’s charity event run by the club.  It’s notable in the episode “For the Children” when AFC Richmond owner Rebecca Welton’s ex-husband Rupert Mannion shows up with his new wife in an attempt to upstage the charity gala.  The 50s ballroom is a very popular filming location, appearing in numerous music videos as well as the films Legend and Avengers: Age of Ultron.

This club is located in the Borough of Hillingdon and competes in the Southern League.  They’re a relatively young club, only having formed in 2007 but that’s not necessarily what’s important here.  The club’s SkyEx Community Stadium is the filming location for AFC Richmond’s training grounds.  The stadium opened in 2016 and should be immediately recognizable to Ted Lasso fans as much of the episode’s events take place there.  Matchday tickets are very affordable at only £10 for adults, so it’s certainly recommended that fans of the show come up to support Hayes & Yeading and enjoy watching a real game in their fictional team’s training pitch.

This name might seem a bit familiar to you and that’s because it is the real-life home pitch of Crystal Palace FC.  For the purposes of Ted Lasso, Selhurst serves as a stand-in for AFC Richmond’s own stadium, Nelson Road.  In the show, the stadium is also referred to as “The Dog Track” by fans after the club’s mascot.  In real life, Selhurst Park is definitely a stadium befitting a real Premier League club, which Richmond starts out as before being relegated at the end of Season 1.  You can certainly purchase tickets for a Crystal Palace match and the stadium puts on events and did have tours prior to the pandemic, so it remains to be seen whether they’ll be offered again.