You are here: Home / Site News / Featured / The Fiver – Five Lesser-Known London Museums To Visit On Your Next Trip To London 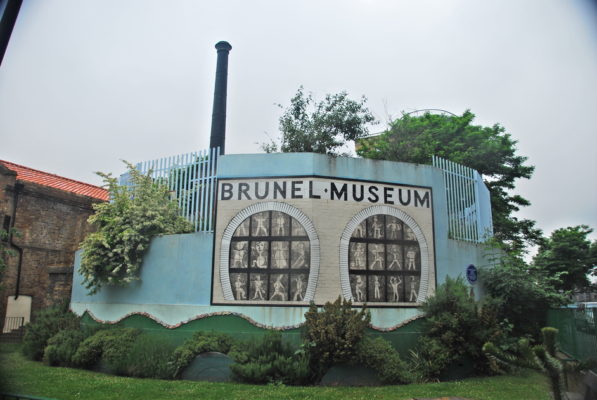 The Victoria & Albert Museum, British Museum, National Gallery and other major museums are visited by thousands of people every day.  They constitute some of the country’s greatest tourist attractions and temples of knowledge.  Yet, in a city such as London, there are many other museums that often go overlooked dedicated to all manner of people, events, and items of curiosity.  These museums may not be the first ones on your list to visit, but they should be considered for the unique qualities that they possess.  Of course, these five are by no means the only lesser-known museums to visit, so let us know some of your favourites in the comments.

Fans of classic cinema houses will want to visit the Cinema Museum in Lambeth, it was formed in 1986 and now resides in the Lambeth Workhouse, where Charlie Chaplin once lived as a boy.  Open for pre-booked tours throughout the year, the museum’s collection began with a collection of lobby cards and now includes film and projection equipment, posters, publications, uniforms, and items remaining from now-demolished cinemas from across the United Kingdom.  In the days of multiplexes and corporate-owned cinemas, Cinema Museum is a great reminder of days gone by.

The Thames Tunnel was built originally to transport cargo under the Thames River from one side to the other, its opening is now the home of a museum dedicated to its designers: Marc Isambard Brunel and Isambard Kingdom Brunel.  The museum itself is in the Engine House for the tunnel, which was home to the pumps that removed water from the river as the tunnel was being constructed.   Now the museum contains many tributes to the father and son team.  The terrace and gardens also have many tributes to Isambard Kingdom Brunel’s works, such as the benches made to resemble the Maidenhead, Hungerford, and Royal Albert bridges.

Magic Circle Museum at the Centre for Magical Arts

The Magic Circle is an organisation of British magicians and illusionists who exist to promote the magical arts in the United Kingdom.  Their headquarters near Euston Station contains a museum that celebrates the history of their profession and including many items from the concert halls of old as well as posters, playbills, and famous items including Harry Houdini’s handcuffs and props used by His Royal Highness, Prince Charles, during his induction into the group.  The museum is available for pre-booked tours and exists on the first floor of the Magic Circle’s building, the Centre for Magical Arts.

Formerly known as the York Gates Collections, the Royal Academy of Music hosts one of the finest museums dedicated to musicians and their craft.  As the oldest music conservatory in the United Kingdom, the Royal Academy’s museum contains instruments and memorabilia dating back to the 16th Century, such as string instruments by Antonia Stradivari.  The permanent exhibitions include the History of the Academy, the Piano Gallery, and the Strings Gallery, while also containing exhibits dedicated to the Bach Society’s 70th Anniversary and violinist Yeduhl Menuhin’s life and career.  A future exhibit is also planned featuring Robert Spencer’s collection of lutes, manuscripts, and music that spans 500 years.  The museum is upon from Monday to Saturday and can be toured for no charge, excepting some special exhibits.

Located in The Building Centre, New London Architecture is an organisation dedicated to the future of the city’s buildings and an information resource to architects, government officials, and the public.  NLA has galleries open to the public to explain the ever-changing look of the city.  The galleries include a twelve-and-a-half-metre, 1:2000 scale interactive model of the city which includes proposed buildings that do not yet have final approval so that people can have an idea of how the city may transform in the future.  In addition to the New London Model, the museum contains exhibits on how the city has grown over its history, its workspaces, and how it relates to the growing number of retirees.  NLA also provides guided, scheduled tours for the public and permits the scheduling of bespoke tours on occasion.