You are here: Home / Columns / Exploring London / London Places: Ten Random Facts and Figures about Leicester Square You May Not Have Known 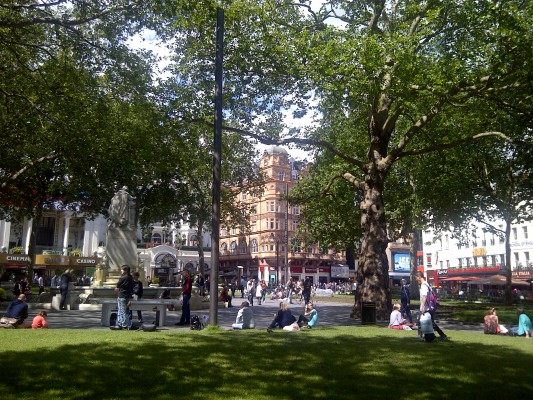 As famous as Grauman’s Chinese Theater is in Los Angeles for movie premieres, London has Leicester Square. Yet before it was the focus of the film industry’s glitz and glamour, it was private property bordering a great house. After the house was demolished and a court case prevented building there, the square was eventually donated to be a place for the public, eventually becoming an entertainment haven in the 19th century. But what other facts do we know about this famous place?

The Sword or the Pistol

Until the end of the 17th Century, Leicester Square was a popular place for dueling. In 1699, Richard Coote, the First Earl of Bellomont, killed a man a duel allegedly over the affections of a woman. He later became the colonial governor of Massachusetts, New Hampshire, and New York.

Karl Marx lived in Leicester Square in 1848 after several failed German revolutions. He stayed in a German hotel in the square and was visited often by his fellow revolutionaries.

Running with the Land

Leicester Square is also the subject of a famous real property law case, Tulk v. Moxhay, decided in 1848. Charles Augustus Tulk was the owner of the square in 1808 and sold it to another party with a covenant (legally enforceable promise) that Leicester Square would remain “uncovered with buildings”. The defendant in the case, Mr. Moxhay, refused to abide by the covenant. The Court, under Lord Cottenham, determined that the covenant was a “restrictive covenant”, and even though the defendant had not contracted to abide by the covenant, he and his successors were still bound by it, as the covenant “runs with the land”. 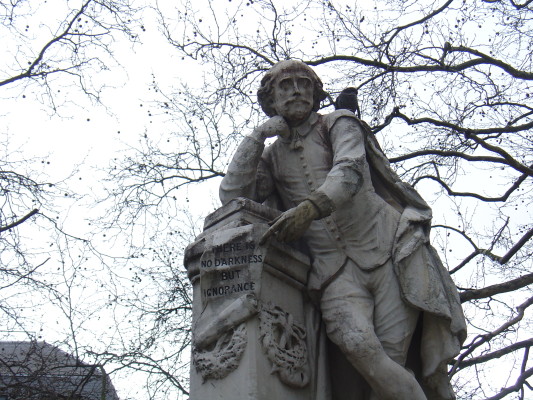 Letting It All Air Out

One of the earliest maps, the Civitas London, which was made between 1570 and 1605, shows that Leicester Square was a place for drying clothes. Women would lay the clothing out in the grass to dry while nearby cows grazed.

The tube route from Leicester Square to Covent Garden is the most popular route for London Tourists. However, it’s actually possible to travel the distance faster on foot.

If you visit the square, you may wonder what a large glockenspiel is doing there. The ten-metre tall structure comes complete with a carillon of twenty-seven bells. It was originally a gift from Switzerland and Liechtenstein and decorated the Swiss Centre promoting tourism and trade with Switzerland. The centre was destroyed in 2008, but the glockenspiel was preserved and has been a free-standing structure in the square since 2011. 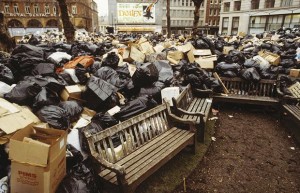 During the Labour Government’s 1979 “Winter of Discontent”, the refuse collectors went on strike and Leicester Square was used as a dumping ground. During this time it got the nickname “Fester Square”.