You are here: Home / History / London Photo: Moody and Atmospheric Picture of Liverpool St Station in 1959- The Great London Smog 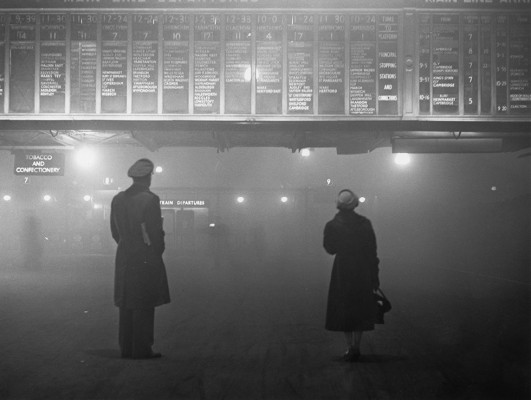 This isn’t really the classic London fog look in a photo – it’s actually London Smog and it was a real problem in the 1950’s until the British Government began cleaning up the air. It makes for a pretty picture, but it caused very real health problems.

This photo is of Liverpool St Station in 1959. Amazing picture!