You are here: Home / Site News / Featured / This is the End: The London Film Fiver – Five London Apocalypse Films

There are lots of ways that civilisation can end, especially in movies.  Sometimes it’s through disease, a disaster, or man trying to play god.  In any event, the cataclysm results in the breaking down of society.  Sometimes it comes back and turns into a dystopia, but in the meantime, it’s generally every person for themselves with everyone just trying to survive.  Over the decades, London has been ground zero for any number of catastrophes that brought our precious little world to its knees.  Have a look at five apocalypse films that take place in London and let us know some of your favourites in the comments. 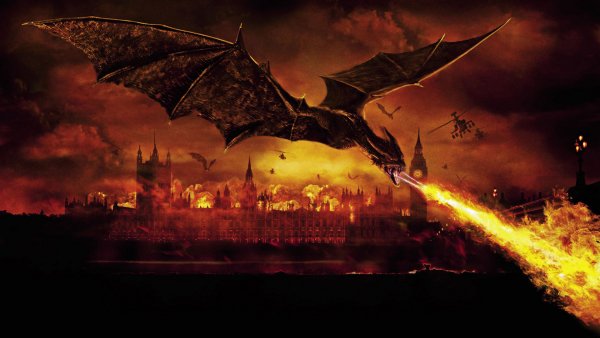 Perhaps one of the more unusual selections on this list, the apocalypse doesn’t come from the traditional means of invasion, nature, or cataclysm, but from the simple act of digging a tunnel for the London Underground.  When workers breach a cave, they unleash dragons upon the unsuspecting populace. Flash-forward to the future, and Christian Bale’s protagonist Quinn is leading a ragtag community to survive and fight off the mythical beasts.  Matthew McConaughey’s group shows up with weapons and knowledge of how to fell the beasts and together they venture from Northumberland back to London to destroy the nest once and for all. 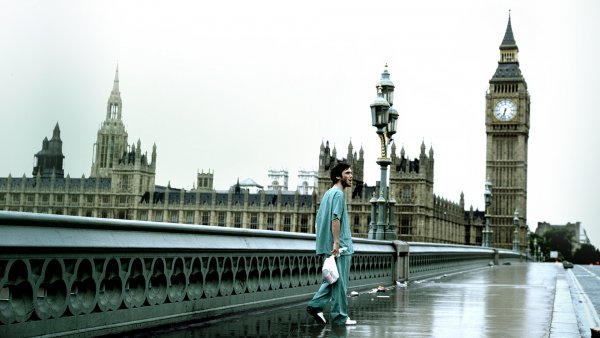 Zombies tend to be a popular means of bringing about a fictional apocalypse, though the reasons behind their emergence can vary.  In this case, it comes as a result of a virus and a group of animal rights activists who free some diseased chimps, get bitten, and then go into a rage-induced frenzy that leaves them mindless instruments of violence.  Much like with American programme The Walking Dead, Cillian Murphy’s protagonist Jim wakes up from a coma in a hospital in London to find a deserted city, a handful of survivors, and the rage zombies.  Fleeing London for promised safe haven in the North, they find the only monsters worse than the ones outside the military camp are the ones inside it.

In the 1960s, the thought of global warming seemed like science-fiction.  Beginning in another deserted London, 1961’s The Day the Earth Caught Fire features an Earth that has been knocked from its orbit as a result of Cold War nuclear testing, bringing the planet closer to the Sun and rapidly increasing the world’s temperature.  Told from the prospective of a small group of journalists, they can only prepare headlines of “World Saved” and “World Doomed” as they await the results of the proposed solution—more nuclear explosions.

Shaun of the Dead 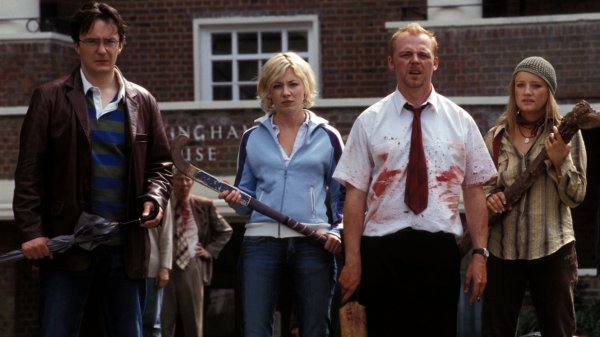 The first of Edgar Wright’s “Cornetto Trilogy” of parody films, Shaun of the Dead takes on the zombies as the at-first oblivious Shaun (Simon Pegg) and Ed (Nick Frost) come to realize that the zombie apocalypse is happening around them.  Trying to collect their friends and family, Shaun’s only mission is to hold up in their local pub until “this all blows over”.  As one might expect, that doesn’t go terribly well the group and their journey is fraught with danger until the end of the film.  To play with the idea of origins of the zombism, Wright provides no real explanation, even blowing off several other films’ origins as preposterous in-universe.  With the tragedy under control, Britain comes to accept the zombies in the most British ways possible.

While this could have easily fit in the Fiver “Invasion Film” article, what marks this is different is that, at the time Dr. Who (Peter Cushing) arrives in 2150 London, the Daleks have already won.  Based on the Doctor Who serial “The Dalek Invasion of Earth”, the story largely follows the exact same plot but with some differences.  Gone are Barbara and Ian, replaced by Dr. Who’s niece Louise and hapless Police Constable Tom Campbell (future Doctor Who actor Bernard Cribbins), respectively, as well as not leaving his granddaughter Susan behind.  The Daleks have effectively reduced London to rubble and enslaved much of the population, with the exception of rebels that find the TARDIS crew.  After they team up to beat the Daleks, Dr. Who returns Tom to a moment slightly before they left, helping him capture some jewel thieves that he would have arrested if he hadn’t stumbled into the TARDIS thinking it was a real police box.