You are here: Home / History / Terror on the Tube: A History of Disasters on the London Underground 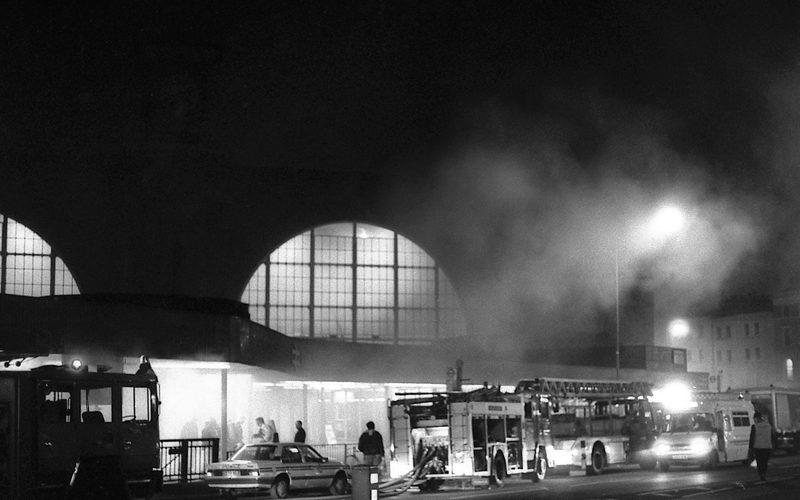 First off, we should point out that despite the horrific title of this article, the Tube is an incredibly safe mode of transportation when you’re in London.  However, no safety record is perfect, and the Tube has on rare occasions been the target of terror groups.  In fact, the London Underground sees over one billion passengers per year and averages an accident per 300 million journeys, so the odds of anything happening are incredibly minute.

However, I’m not here to write about everything going well.  In its long history, accidents and attacks go back as far as the Underground has existed.  The first took place in 1883 set by Irish republican terrorists as part of the Fenian dynamite campaign.  A planted bomb on one of the trains exploded near Paddington station damaging not only that train but also a train passing by it and injuring sixty-two people.  Two years later, another Fenian bomb struck on a train at what is now Euston station.  The first accidents also took place in the same year as the first Fenian bomb attack, when two slow-moving trains collided at Farringdon Street station.

Another bombing would not occur until 1897 when the Aldersgate Street station (now Barbican) was hit by an explosive device left by an anarchist group.  Sixty people were injured in the blast, but only one died as a result of his injuries.  A bomb was discovered at the Westbourne Park station in 1913 but did not explode and was believed to have been planted by Suffragettes, though this was never proven conclusively.  From that point until the Good Friday agreement, the only terrorist bombs were those planted by the Irish Republican Army, with the first attacks coming February 3 as IRA terrorists left bombs in luggage at Tottenham Court Road and Leicester Square stations and on July 26 at King’s Cross and Victoria Stations.  Combined, the attacks only produced one fatality and a handful of injuries. 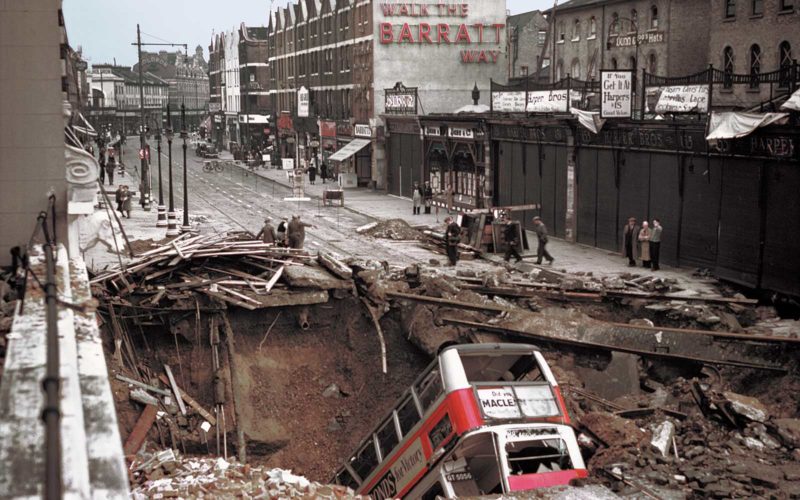 A different kind of bomb would strike as war came to London in 1940.  During the German bombing campaign known as the Blitz, a 1400 kilo semi armour-piercing bomb hit 32 feet underground and exploded just above the cross passage at Balham station.  The bomb left a crater in the street above that a bus crashed into and damaged a water main that flooded the tunnels below and hampered rescue efforts for the people using Balham as a bomb shelter.  None of the 600 people in the shelter were killed by the bomb or the collapse, but reports stated that some people may have drowned in the rising waters or in the panic that ensued as people attempted to escape and estimates ranged from 64 to 68 fatalities.

Unfortunately, this would not be the last disaster that would take place during the war, though the next would not come as a result of German bombs.  Bethnal Green station had also been requisitioned as an air-raid shelter, and it was here on March 3, 1943, that tragedy struck.  As people made their way down the stairs to the station following an air raid siren, a woman and child tripped, causing other people to fall, and quickly creating a mess of entangled bodies that totaled 300.  The resulting panic caused 173 deaths due to the shelterers on the bottom being crushed and/or asphyxiated.  To this day, it remains the worst civilian loss of life in the Underground.

Only two years later, after the end of the war, the next accident would take place as two trains collided at the above-ground Northwood station due to heavy fog on December 31.  One of the train drivers hadn’t seen the danger signal due to the fog, and the resulting crash resulted in three deaths.  The next year, a train driver suffered a heart attack and hit the buffers after the train’s dead man’s handle failed to activate, but no one save the driver died.  And while this couldn’t have been helped, a driver error in 1953 resulted in twelve deaths after a signal failed and one train collided into the rear of another on the Central Line near Stratford.  As the 1950s came to a close, fires started by electrical short circuits in trains on the Central Line caused the death of one person in 1958 and no fatalities in a similar fire in 1960.

Terrorism began to rear its ugly head again in the 1970s, with two bombs found in 1973 planted by the IRA that fortunately didn’t explode.  1975, however, saw a bomb detonated outside of Green Park station that killed one and injured thirty.  The year also proved deadly for another reason, as the Moorgate Tube Crash saw a southbound Northern City Line train fail to stop and crash into its end wall.  Forty-three people died in the crash, the largest number of peacetime Tube fatalities, and no reason why the driver failed to stop was ever uncovered.  The legacy of Moorgate was to introduce the “Moorgate protection”, a system that automatically stops a train moving too fast.

A number of IRA bombings and crashes continued into the 1980s, but by far the worst disasters to occur during this decade were caused by fires in the Tube stations.  On November 23, 1984, Oxford Circus station reported a fire that had begun in a materials store at the south end of the northbound Victoria Line platform where construction was being done to modernize the station. The station was evacuated, and while no one was killed, fourteen were taken to hospital after suffering smoke inhalation.  Believing that smoking materials getting into the store was responsible for the fire, a smoking ban took effect from that point forward.  However, this was unable to stop another fire on November 18, 1987, at King’s Cross station when a passenger dropped a lit match into the escalators.  The escalators still having wooden parts, they caught fire and resulted in the deaths of thirty-one people and a much stricter enforcement of the smoking ban.

As the 1990s dawned, the IRA renewed its attacks on the Underground from 1991 to 1993 with no reported injuries.  However, with the Good Friday agreement in 1998, no further acts of violence from the IRA occurred.  Several derailments were reported from 1999 to 2004, but safety measures enacted in previous years prevented any serious injuries.  The London Underground’s next travesty would befall it on July 7, 2005, when a series of coordinated terrorist attacks struck commuters during the morning rush hour.  The countries first Islamic terrorist attack since the 1988 bombing of Pan Am Flight 103, at least three bombs were set off on trains and one on a double-decker bus that resulted in fifty-two deaths (not counting the bombers themselves).  More attacks were attempted on July 21 but resulted in no casualties.

After this, there are fortunately few other incidents to report.  The Mile End derailment in 2007 only resulted in minor injuries, and the terrorist attack on September 15, 2017, at Parsons Green station produced no fatalities.  One can hope that as time goes on, safety and security will continue to improve and ensure that no other loss of life occurs on London’s largest transport service.