You are here: Home / Culture / The London Fiver – Top Five London Dystopia Films – Which One is Your Favourite?

A dystopia can be defined as an imaginary place where life is unpleasant, the opposite of a utopia.  This is more than just the characters having a bad day, nearly always featuring an oppressive government that has come about either as a response to some past cataclysm or the gradual development of a police state.  London has been the setting of several films that have featured a dystopian society, either through original works or adaptations of other stories.  In each of these films, the protagonist attempts to bring down this authoritarian regime with varying degrees of success.  In their own way, each of these films has become an iconic representation of the desire to be free. 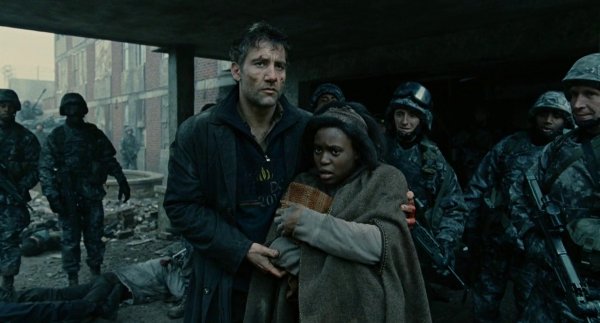 Based on the novel of the same name by P.D. James, directed by Alfonso Couron, and starring Clive Owen, Children of Men sees a London dealing with the after-effects of mass infertilization.  While the rest of the world has erupted in chaos, the UK is one of the few places of stability, something we witness in London and later other parts of the UK.  Owen’s character Theo is tasked with protecting one of many immigrants seeking asylum in Britain, a woman named Kee who is the first woman to become pregnant in years.  Aided by a resistance group called the Fishes, the British government treats the Fishes and asylum seekers with an equal amount of violence, going as far as to bomb a refugee camp that is in revolt.  The ending of the film is both bittersweet and ambiguous, leaving it up to the viewer if the world will improve. 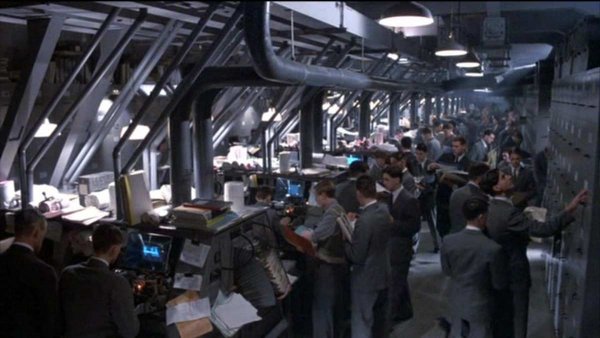 One of director Terry Gilliam’s greatest works, he treats the authoritarian society of Brazil’s London with a mixture of over-commercialisation and massive, inefficient bureaucracy.  Sam Lowry, played by Jonathan Pryce, is a low-level government clerk who makes a minor error that gets another man wrongfully incarcerated.  Lowry must then correct the error and encounters the literal woman of his dreams, only for his life to spin out of control until he’s branded a terrorist, arrested, and tortured.  Depending on which version you’re watching, Sam either gets away free and lives happily ever after with his dream girl, or you discover that the torture has caused Sam to descend into an insane delusion where he’s finally “free” of the regime.  Gilliam’s dystopian London inspired several other films, including The City of Lost Children, The Hudsucker Proxy, and Dark City. 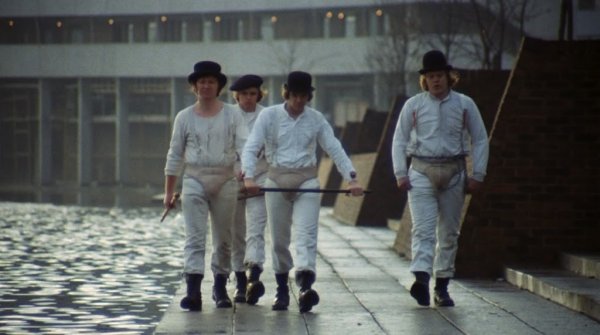 An adaptation of Anthony Burgess’s novella, the film was directed by Stanley Kubrick and features Malcolm McDowell as Alex DeLarge, a sociopathic teenager who leads his gang of “droogs” to commit acts of “ultraviolence”.  In the London of the film, crime has gotten even more vicious and the government’s response has become equally inhumane to match.  After Alex and his droogs beat author F. Alexander nearly to death, in the process crippling him, and rape his wife, Alex is arrested and subjected to brainwashing to rid him of his violent tendencies.  The result of this treatment is that it makes Alex intensely ill at the thought of violence or immoral behavior as well as the playing of Beethoven.  The government expresses no interest in ethics so long as it reduces crime and prison over-crowding.  The film follows the American ending of the novel, which leaves out a chapter where Alex legitimately reforms, preferring instead the darker ending where the brainwashing has worn off following an attack in which Alex was unable to defend himself and nearly died. 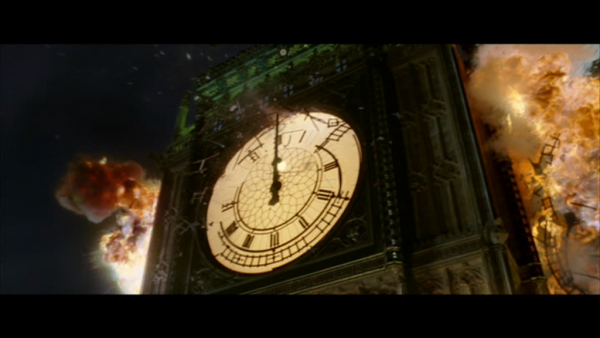 “People shouldn’t be afraid of their governments.  Governments should be afraid of their people.”  This is the primary theme of 2006’s V for Vendetta, an adaptation of Alan Moore’s 1988 graphic novel.  The original story was written during Thatcherism and is a picture of what Moore thought the future would become as a result of the Conservative government’s policies.  The film features a London that is completely under the control of the nationalistic, fascist Norsefire Party.  After the mysterious vigilante V (Hugo Weaving) rescues Evey Hammond (Natalie Portman) from the secret police when she’s out past curfew, she slowly gets drawn into his world of rebellion against the government.  Perhaps one of the most iconic aspects of the story is V’s mask and attire patterned on Guy Fawkes, which matching explosive plans for government buildings seen as the symbols of oppression.  V’s actions ultimately result in bringing down the government by inciting a revolt amongst the people, ending on a somewhat happier note than most dystopian tales. 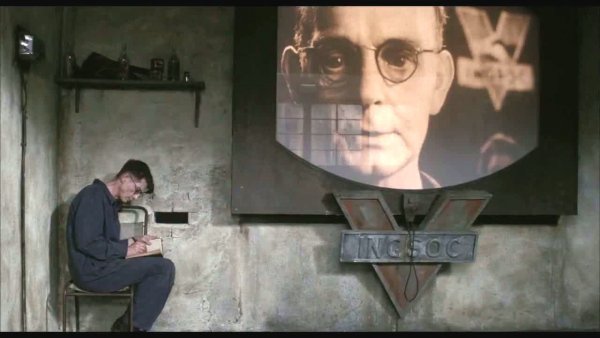 The granddaddy of them all, George Orwell’s foreboding warning against English Socialism (known as Ingsoc in the story) was adapted by Michael Radford with John Hurt as Winston Smith, a low-level employee in the Ministry of Truth, an office responsible for propaganda and rewriting history.  Much like Brazil, Smith falls in love with a woman which leads to the two of them taking subversive actions that ultimately lead to their capture and “rehabilitation”.  As with other dystopian stories, Nineteen Eighty-Four produced its own iconic image, that of “Big Brother”, the all-seeing government eye that has since become a term synonymous with government intrusion into private lives, encapsulated in the phrase “Big Brother is watching you.”  While a 1956 film adaptation and a BBC television series were also made from the novel, it tends to be Radford’s film that is the best remembered.

Do you have your own favourite stories that aren’t in this list?  Let us know in the comments.