You are here: Home / Guides / Top 10 London: Top Ten Things to See and Do in Bloomsbury 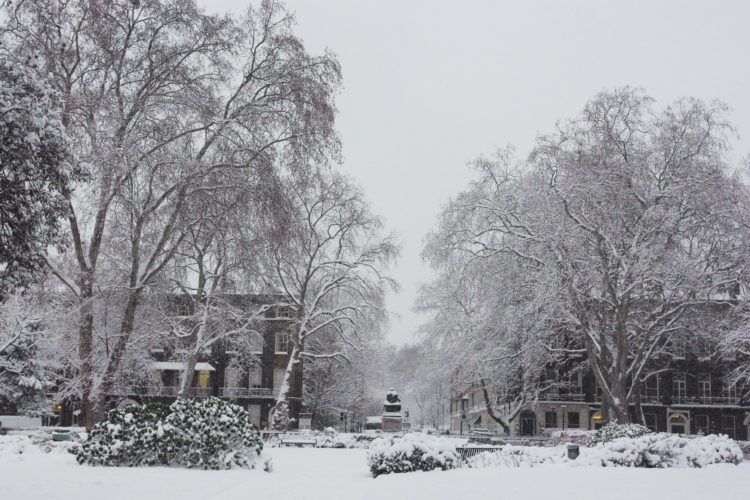 Bloomsbury is one of the busiest areas of London and with good reason.  Quite a number of the city’s museums are here along with several green spaces and University College London.  Bloomsbury was described in the Domesday Book as having hogs and vineyards, though the modern name for the area didn’t appear until the 13th Century.  As London grew, Bloomsbury began to develop in the 1600s, and by the 1800s, the area was starting to resemble what we would recognize today.  Regarded as a cosmopolitan residential neighborhood and intellectual center, Bloomsbury has plenty of worthwhile places to visit, and we’ve outlined ten of them below.  Let us know your own favorite spots in the comments.

Once a major communications center protected by the Official Secrets Act, BT Tower was opened by the General Post Office in 1964.  Once home to an observation platform and a rotating restaurant, both have since closed, and the tower isn’t open to the public.  It is still worth visiting the outside to marvel at its architecture and importance to the United Kingdom.

Having been to this museum myself, I can tell you that it is certainly worth the trip.  Located close to the British Museum, the Cartoon Museum is dedicated to all manner of political satire comics dating back hundreds of years as well as newer comic art from some of Britain’s finest.  Purchasing the London Pass will grant free access to the museum, though an adult ticket is only £8.50.

Located on the very corner of Bloomsbury, Kings Cross St. Pancras is one of the finest train and tube stations in the city.  Its Victorian design is an absolutely Marvel, though if that’s not reason enough, Harry Potter fans will want to stop and have their picture taken pushing a trolly through “Platform 9 ¾”.  Nearby the fictional platform is a Harry Potter store that sells all manner of wizarding goodies.

And speaking of goodies, Pollock’s Toy Museum features many playthings that children from many different eras have enjoyed.  The museum’s collection includes over 2,000 toys from all over the world.  Most of them are from the Victorian period, offering a window into the lives of children who played with the toys nearly 200 years ago from teddy bears to tin soldiers.

Located in Portland Place and Langham Place, Broadcasting House is the BBC’s headquarters, home to its television, radio, and publishing arms.  Broadcasting House runs a tour of the studios that will let you see where all the magic is made, and there’s also the opportunity to buy tickets for shows that tape there.  Visitors can experience the substantive history of the BBC as well as understanding what makes this media giant run today.

The Dominion Theater is one of the jewels of the West End.  This Grade II listed art deco building is absolutely beautiful on the inside and has been home to some of the West End’s biggest productions from We Will Rock You to Swan Lake.  Coming in 2020, the Dominion will play host to a new musical based on the Dreamworks animated film The Prince of Egypt.

Bloomsbury is certainly full of green spaces from Russel Square to the Malet Street Gardens, but the place to visit most is Coram’s Fields.  This seven-acre park is one of the best places to visit for children and teens, with playgrounds, sports fields, a wildlife garden, and even its own city farm.  The place is designed for people under sixteen, but the charity that runs it certainly won’t mind children of all ages strolling through.

I did say that Bloomsbury has a lot of museums, and the first of our final three entries is the Grant Museum of Zoology.  Part of the University College London, the Grant Museum houses a number of exhibits dedicated extinct species and exotic animals (over 67,000 to be more exact).  With many of these creatures long gone, the Grant Museum is the last place in London to understand how they once lived on this Earth.

48 Doughty Street was once home to one of Britain’s greatest writers and now serves as the Charles Dickens Museum.  Dickens lived in this house for two years during which he wrote The Pickwick Papers, Oliver Twist, Nicholas Nickleby, and Barnaby Rudge.  Much of the house features exhibits to his life as well as how it looked when the writer lived here.  During Christmastime, it’s done up in the same way as the holidays were celebrated in the 1830s.

The crown jewel of Bloomsbury is one of the top museums to visit in the UK.  The British Museum is one that showcases the history and culture of humanity, from our modern society’s ancient foundations to the present.  You can visit any number of historical treasures here as well as temporary exhibits that focus on important influences in the world.  It can’t be stressed enough how important this museum is not only to the United Kingdom but the world as a whole.