You are here: Home / Guides / Top Ten London: Top 10 Things to See and Do in Paddington 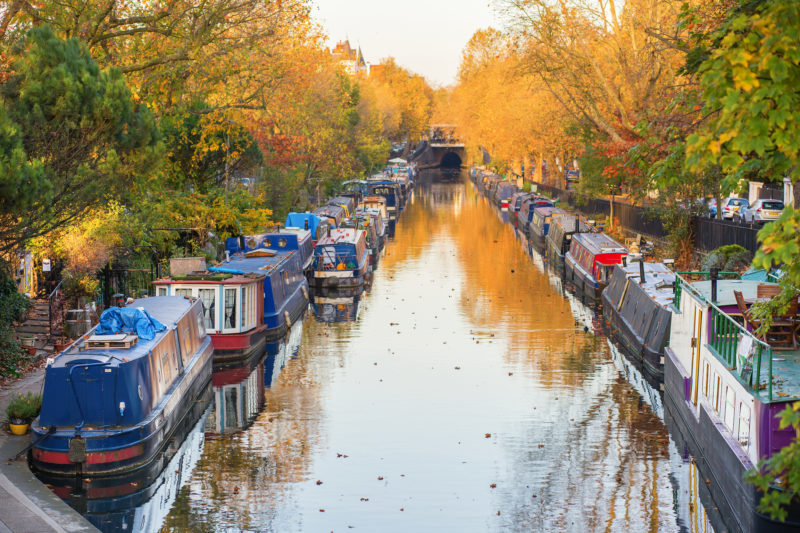 Most people might associate the name Paddington with a certain bear; in fact, doing the research on this article requires some modifiers to my search to specifically point out that I’m not looking for him.  However, the area from which the famous fictional character takes his name has plenty of distinction in itself.  Once a medieval parish and then a London borough, the latter was ultimately absorbed into Kensington and Westminster, leaving behind roughly a few square miles of neighborhood to which the name still pertains.  Within that space, however, you are guaranteed to find a lot to do.

The first of Paddington’s multi-use areas on this list, Merchant Square is filled with apartments, restaurants, public spaces, and more.  There’s always something going on here whether it’s live music, a regatta, a rubber duck race, or food festivals.  No matter what you’re in the mood to do, you can find something fun in Merchant Square.

Also to be found in Merchant Square are two of the area’s most notable features, the Fan Bridge and the Rolling Bridge.  As the name implies, the Fan Bridge unfolds like a fan, allowing pedestrians to cross through the use of hydraulics.  Similarly, the Rolling Bridge curls up over the Paddington Basin to let boats through.  Both are pretty awesome examples of engineering that’s worth your time.

One of London’s manufactured green spaces, Sheldon Square is part of a multi-use are that includes offices, shops, and restaurants.  At the heart of it is the Sheldon Square amphitheater that hosts any number of events per year including a big screen during summer months showing everything from sporting events to films.

Hire a Paddle Board

It’s not very often that you can hit the water inside a city, and Active360 has a base right in Merchant Square from which you can rent your own board and padding and move up and down the basin.  If you’ve never been paddle boarding before, they have trained professionals on hand who can teach you and take you up the canal on an excursion that will really let you explore the Paddington Basin.

Transformed from a barge that spends half the year in Paddington’s Little Venice, the Puppet Theater Barge is a fifty-seat performance venue that is certainly one of the city’s most unique.  The theater puts performances of classic stories including Little Red Riding Hood and The Town Mouse and the Country Mouse.  The barge also has refreshments and a working toilet so you can have a comfortable experience any time of year.

An Anglican Church at the heart of Paddington’s Little Venice, this Georgian building was consecrated in 1791 and was the third church on this site.  The first was notable for being the spot where poet John Donne preached his first sermon and the second saw William Hogarth’s marriage.  The interior is a gorgeous space with big, bright windows and a balcony that encircles the church.  Its unique design certainly makes it a place worth visiting.

Getting a little bit into the area’s most famous resident, the Pawprint Trail is a series of Paddington Bear statues that was first erected for the live-action Paddington film in 2014.  The trail begins at Paddington Station and goes outside the neighborhood and all the way to ZSL London Zoo.  Some of the country’s most celebrated artists have contributed to the bear statues, and you can use a guidebook to help find them all.

Credited as the man who discovered penicillin, Dr Alexander Fleming made his famous breakthrough at St. Mary’s Hospital, which has converted his laboratory into a museum.  There’s an entry cost of £4 for adults, and the laboratory is left in much the same condition as it was when Fleming lived there.  There are also exhibits concerning penicillin and chronicling Fleming’s life.

One of the most popular tourist attractions in Paddington, Little Venice is so named for the series of canals that run through the neighborhood.  It’s home to plenty of restaurants, pubs, cafes, and lots of barges that serve every purpose from being a residence to a puppet theater as we’ve already covered.  The canals touch everywhere you’ll want to visit within Paddington, so you can take a boat down to wherever you want to go, walk beside on the streets, or even try your hand at the paddle boards mentioned previously.

The number one place to visit is once you might hit anyway if you’re taking the Underground or a train.  Paddington Station was built as part of the Great Western Railway and today serves as the Central London terminus.  There are several monuments to the station’s history, including one to famous railway engineer Isambard Kingdom Brunel.  And of course, if you’re going to do the Pawprint Trail, you might as well start with the statue of Paddington Bear on Platform 1 where Michael Bond’s famous character first entered the imaginations of generations of children.