You are here: Home / Site News / Featured / Regent’s Park: 10 Interesting Facts and Figures about Regent’s Park You Might Not Know 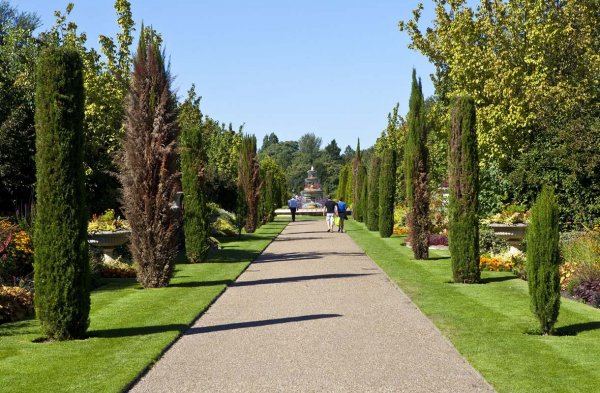 One of London’s many Royal Parks, Regent’s Park once belonged to Barking Abbey until Henry VIII dissolved the monasteries and took their property for the crown. From that point, it was a hunting park until King George IV (then Prince Regent) commissioned a master plan from John Nash. Eventually, the plan changed and the park first opened to the public in 1835. Today, it has dozens of attractions that bring in a steady stream of visitors from London and beyond. So what interesting facts can we take from one of the city’s greatest parks?

Regent’s Park is 166 hectares, or 410.2 acres, in size. The outer circle is 4.3 kilometres long and the inner circle is 1.3 km. The inner circle also contains Queen Mary’s Gardens which has more than 30,000 roses of 400 different varieties.

In many ways, Regent’s Park was the world’s first scientific park. By 1826, Sir Stamford Raffles was making moves to establish the Zoological Society of London in Regent’s Park and create the first scientific zoo for “teaching and elucidating zoology.” He fell ill and the creation of the zoo was taken over by the Marquis of Lansdowne, who opened it as the world’s first scientific zoo in 1828. At first, the animals were kept entirely indoors until they started dying and the zoo realised that they needed fresh air and exercise. Despite a Royal Charter from King George, the general public was not admitted until 1848. Charles Darwin was a Zoological Fellow and regularly visited the park in 1831.

Like every Royal Park, Regent’s Park is a Grade I listed landscape mean its protected and can never be built over.

Originally, John Nash’s master plan involved a palace for George and several terraces and villas for his friends. While the palace idea was abandoned, the terraces and villas were still constructed. Ultimately, twelve different terraces were built, including Park Square and Park Crescent to the south.

In January 1867, at least 200 people fell into the freezing waters of the main lake when the ice broke. At least 40 people died as a result and park authorities drained the lake to a depth of four feet to ensure it could never happen again.

The Regent’s Park Mosque was built during World War II in honour of Britain’s Muslim population and its support for the Allies during the war. The mosque is part of a larger complex that includes a library with over 20,000 books and the mosque’s prayer hall can hold over 1,400 worshippers for daily prayers. At least 50,000 Muslims attend the mosque for the celebrations of Eid al-Fitr and Eid al-Adha every year.

Look at this View

Primrose Hill was named after the surrounding area and at 256 feet in height, offers an astounding view of central London to the south-east and Belsize Park and Hampstead to the north. The district surrounding it is one of the most expensive and exclusive in the city.

The canal was constructed in 1816 and runs along the northern edge of Regent’s Park, connecting the Grand Union Canal to the London Docks. Architect John Nash held shares in the company that controlled the canal. The Macclesfield Bridge, the widest of the bridges running over the canal, was originally known as North Gate Bridge, but renamed in honour of Lord Macclesfield, who was chairman of the Regent’s Canal Company and helped keep it financially stable to ensure its construction was completed. In 1874, a barge carrying both petroleum and gunpowder caught fire and the combustible materials exploded right as the barge was passing under the bridge. The crew was killed and windows were blown out a mile away. The bridge was then rebuilt in 1876.

The are 100 acres of Regent’s Park dedicated to sports and you can find fields supporting everything from Australian Rules Football to Ultimate Frisbee. Regent’s Park was set to play host to the baseball and softball competitions in the 2012 Summer Olympics until those sports were dropped from the Olympic schedule.

Regent’s University London is located on the south-east section of the park and is one of the few private, non-profit universities in Britain. It was established in 1984 when it took over the site of the University of London’s Bedford College. It presently serves students of over 140 different nationalities.