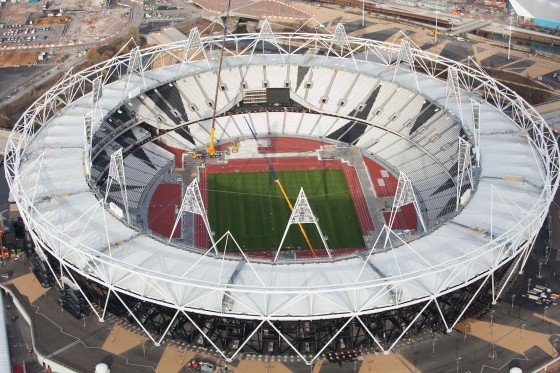 London is the only city in the world that has had the honour of hosting three Olympic games.  The Summer Olympics have seen their home in the United Kingdom’s capital in 1908, 1948, and 2012.  London would have had four times hosting if it hadn’t been for World War II disrupting the normal schedule.  Each time has been responsible for many memorable moments and has worked to foster the spirits of competition and peace.

1908 was the first time that the games were hosted in London, though they were the fifth games to be held since the original in Athens in 1896 (the 1906 Olympics were touted  as Olympic games, but are not recognised as such by the International Olympic Committee).  Rome had actually won the privilege of hosting the games, but due to eruptions from Mt. Vesuvius in 1906, the Italian government had to divert funds to help rebuild a devastated Naples and the games moved accordingly.

White City Stadium was hastily built to accommodate the games and was widely regarded as a technological marvel.  For the first time in these competitions, standard rules were adopted for each sport and judges were selected from each of the participating countries rather than come from the host.  Unlike today’s games, there was no Olympic Village for the athletes, meaning that they had to find hotels and boarding houses instead  (the American team actually stayed 53 miles away in Brighton).  What’s more, the games went for a period of six months rather than a couple of weeks.  With a total of 22 teams competing, Britain came out the overal winners of the games with 56 gold medals, 51 silver, and 39 bronze (a grand total of 146).

London won another opportunity from the IOC in June 1939 for the 1944 Olympic Games.  However, with the beginning of World War II in September, the games were effectively put on hold until the war’s end, and London was able to host the games in 1948 instead.  Britain still recovering from the war meant that no new facilities were built to house the Olympics, leading to them being referred to as “The Austerity Games.”  Male athletes were housed in RAF camps while female athletes found accommodation in London’s universities.

At the time, London was the only other city in the world to host the games twice, as Paris had been in 1900 and 1924.  The profits made from the games totaled some £30,000, which was much needed for reconstructing the city after the damage done by the Blitz.  The games of that year were home to several firsts, one of which being the first broadcast over the Olympics on television, with the BBC paying £1,050 for the rights.  The first defection also took place at the games with Czechoslovakian Marie Provaznikova, the President of the International Gymnastics Federation, refusing to return home.  Of 59 countries participating, the United Kingdom came in 12th in the medal count, bringing home a total of 23.

London would move into unprecedented territory when it was selected for its third Olympic Games in 2005 for the 2012 Summer Olympics.  The 30th Olympiad saw an unprecedented building plan with a focus on sustainable buildings that were both energy-efficient and would see continued use once the games ended.  This included the 200-hectacre Olympic Park, the Olympic Stadium, swimming facilities, Olympic Village, and more, which including the cost of putting on the games, amounted to nearly £9 billion.  Directed by Danny Boyle, the Opening and Closing Ceremonies were some of the most extravagant and well-received of all previous games.  Additionally, some cultural events celebrated Britain in the 2012 Cultural Olympiad.

By the end, 205 National Olympic Committees took part in these games, competing in 26 different sports.  It was a particularly successful Games for British athletes, with the UK coming in third in the medal count having won 26 gold medals, 17 silver, and 19 bronze for a total of 65.  American swimmer Michael Phelps became the winningest Olympic athlete of all time, gaining his 22nd medal.  The ultimate legacy of these games are still be assessed four years later, though Queen Elizabeth Olympic Park has seen heavy use and is helping to transform East London into a thriving part of the city.