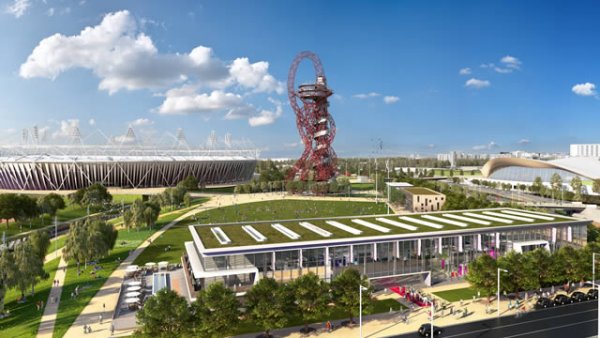 Oftentimes, the Olympic Games come under fire for building these large sports complexes but having no real plan for them after the games are over.  For Greece, its venues from the 2004 games in Athens have been a symbol of economic depression as stadiums, swimming facilities, and athletes’ dormitories go vacant and unused. On the opposite end of the spectrum, cities such as Atlanta found other uses for its Olympic grounds.  Olympic Stadium transformed into Turner Field for the Atlanta Braves baseball team, the archery and track cycling venues were repurposed by Stone Mountain Park into a trail, and the Olympic Village was turned into dormitories for Georgia Tech and Georgia State University.

The British government and the Greater London Authority were determined to be more like Atlanta than Athens and find other uses for the facilities created for the 2012 Olympics.  The London Legacy Development Corporation was established shortly after the games ended to ensure that East London would continue to thrive after the rest of the world had left.  The corporation hired EDAW, Allies and Morrison, and Buro Happold (known as the EDAW Consortium) to come up with the design plan and LDA Design to handle the greenspace plans.  Construction firm CLM Delivery Partner managed the building on the various sites and the whole thing was ultimately completed for £292 million after 19 months.

On opening, Queen Elizabeth Olympic Park became the largest park in Europe in 150 years.  Each space was meant to be distinct and linked by flowing hills and chains of trees.  At the centre is the ArcelorMittal Orbit, a sculpture and observational tower that constitutes the largest piece of public art in the United Kingdom.  The Orbit also features the world’s tallest and longest tunnel slide in which people can reach up to 15 mph as they flow down it to the bottom. Speaking of flow, the River Lea which runs through the park is currently being prepared for leisure and sport activities.  The gardens and meadows are expansive enough that visitors to the park can completely forget they’re in the middle of one of the world’s largest cities.

Nearly all of the former Olympic sport venues have been transformed into public venues.  One such place is the London Aquatics Centre, a focal point for the swimming and diving events during the games, it has become a place where swimmers of all skill levels can have fun and compete.  The Velodrome that was home to Olympic cycling events now not only sees more bikes than it used to, there’s a repair facility there to accompany the track cycling, BMX, mountain biking, and course races.  This is joined by the Lee Valley Hockey and Tennis Centre across the A12.  Copper Box Arena which was home to pentathlon fencing, handball and goalball now hosts even more sports, with groups such as the British Basketball League’s London Lions making it their base of operations.  Olympic Stadium, home to those magnificent opening and closing ceremonies now sees life as the base for West Ham United.

Even more areas have seen completely new and varied uses, such as Here East being a new centre of technology and innovation.  Offices and restaurants have cropped up all over Queen Elizabeth Olympic Park that is seeing the place truly become a multi-use property.  Homes and flats can be found not too far away.  Major media groups such as BT Sport and 3 Mills Studios close by hum with activity on a daily basis.  Across 560-plus acres, millions of visitors come to the park every year for so many different reasons.  Instead of an abandoned Olympic venue, Queen Elizabeth Olympic Park is breathing new life into East London and providing residents and tourists alike with places to play, eat, live, and work.