You are here: Home / Culture / Haunted London – 10 London Ghosts and the Places They Purportedly Haunt 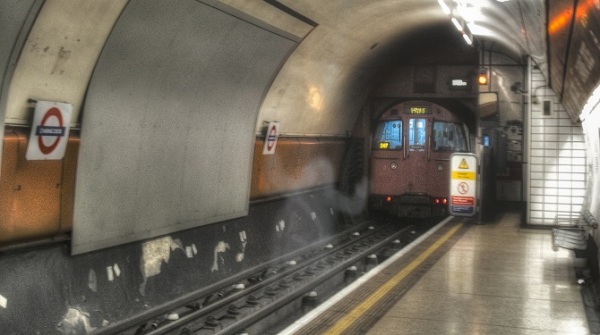 As the sun sets over London, its citizens aren’t the only ones who come out to liven up the streets. Many former Londoners who’ve shuffled off this mortal coil return to the city, haunting the places they knew in life. A city as old as this one certainly has its share of ghosts and they inhabit all areas of the sprawling metropolis, from the lowliest pubs to the palaces of royalty.

If you’re flying into the airport and think you see something hovering above Runway One, your eyes may not be deceiving you. No one knows who exactly this apparition is, but it is suspected that he was one of the deceased passengers from a Belgian airplane that crashed on the runway in 1948. Supposedly, the ghost will even set off Heathrow’s radar. When crews go out to investigate, they won’t find anything, but the radar will still insist something—or someone—is there.

Plenty of actors wish they wouldn’t have to leave the stage, and some in London never do. William Terriss was one of Britain’s most popular actors during the Victorian era, and the sort of fame he enjoyed engendered enemies. One particularly bitter rival, Richard Arthur Prince, stabbed Terriss as he was entering the Adelphi Theatre for a performance. Terriss’s ghost has been seen several times at the theatre and also at Covent Garden tube station.

In Westminster Abbey, the ghost of a former priest dubbed “Father Benedictus” tends to float above the cloisters around 5-6 p.m. As the Abbey was expanded and altered over the years, the floor was also lowered, giving the appearance that Benedictus floats (as he would be at the proper height for his time). His form has reported to be quite solid and he’s supposedly a chatty ghost, holding entire conversations with visitors to the Abbey.

Edward V and Richard, Duke of York, The Tower of London

Edward and Richard are known as “The Princes in the Tower”, who were sent to the Tower of London by their uncle, King Richard III, and most-likely murdered there at his order in 1483. Their ghosts are said to haunt the “Bloody Tower” and have been seen since the 15th Century, shortly after their deaths. Visitors and employees at the Tower will sometimes hear children laughing and they can be seen playing along the buttresses. The bodies of two juveniles believed to be the princes were discovered by workmen in 1674 and they were given a proper burial, yet their ghosts remain.

50 Berkeley Square is perhaps the most haunted house in London, but Mr. Myers takes the cake for its spectres and has reportedly been the most malicious. Already haunted by the time he leased the property in 1859. It is said he locked himself in the attic after his fiancée left him and slowly went mad until his death. In 1887, two sailors from the HMS Penelope stayed in the house for a night. By morning, one was found dead, having tripped and fallen as he ran from the house, while the other reported seeing the ghost of Mr. Myers coming at them aggressively.

The Tomb of the Unknown Warrior in Westminster Abbey was completed in 1920 as a tribute to the unknown soldiers who died in World War I. On its completion, the compete body of an unknown soldier was placed inside with soil from the battlefields of France. It is said that, at night, once the crowds have gone, the spirit of this soldier appears alongside the tomb with his head bowed, before disappearing into nothingness.

Not even the BBC is immune from ghosts, as one of a limping butler haunts Broadcasting House, home to many famous programmes. While Broadcasting House was completed in 1934, the ghost supposedly began appearing in 1937 and is thought to be from a time before the building’s construction.

A few ghosts are said to haunt this tube station, but the Black Lady (or Black Nun as she is sometimes known) is the most famous. Supposedly, her name was Sarah Whitehead and her brother, Phillip Whitehead, was a banker at the Bank of England. He was found guilty of forging cheques and hung in 1811. Distraught by his death, Sarah would visit the spot where the station is now for 25 years looking for Phillip. She has often been spotted walking the halls or standing on the platforms.

This royal park has its own mysterious phantom, a headless woman in a bloody dress. The story goes that, in the 18th Century, she was lured to the park by her soldier husband, who murdered her. He removed her head and was attempting to throw her in the lake when other soldiers from his regiment spotted him and took him into custody. His wife’s ghost is said to haunt Birdcage Walk and the Cockpit Steps, though she has also been seen to emerge from the lake.

Even the royal family is not spared its own ghosts at Buckingham Palace. During the reign of King Edward VII, his private secretary, Major John Gwynne, was divorced by his wife and subsequently shunned in society. He didn’t take the fall of his social status well, retiring to his office in the palace one night and putting a bullet in his head. Staff working in that part of Buckingham Palace claim to have heard a gun firing.