You are here: Home / Columns / Dispatches from London: How I’ve Learned from my Travel Mistakes 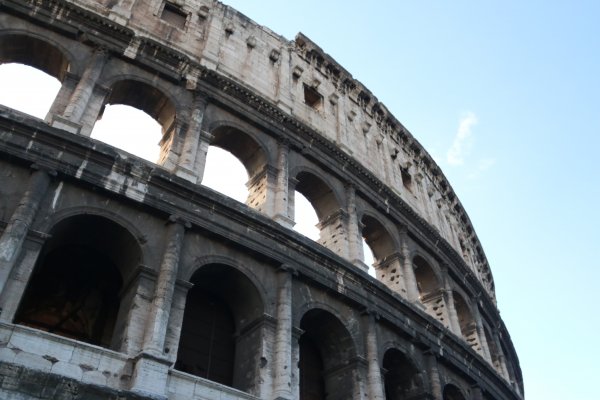 This “Dispatch from London” comes not quite from London today. For the past few weekends, I’ve been traveling around Europe with my boyfriend, rather than staying put in London. I love having London as my home base for getting to and from places so easily. This was one of the major reasons I wanted to be in London; easy-access travel. For a minuscule amount of money (if I search airline websites at the right time of day or find budget travel sites), I can get flights out of London’s smaller airports or buses and trains to places all over Europe. For a student with a very free weekend and a heart full of wanderlust, why wouldn’t I take advantage of this? Well, I am, and it’s been very rewarding.

Of course, with the wonderful prices and seeing beautiful things, comes the imperfect side to travel; the mistakes. The misinformation or lost knowledge of going to a place where you don’t speak the language. Those moments when you realize you should’ve done more research or downloaded a map so you know where you’re going. When you want to slap yourself for not learning French in high school when you had the chance, or you find yourself having to give into the traditional, annoying tourist trope and asking someone for directions, even though they only speak Italian and you only speak English. When you don’t have a travel agent or a tour guide to take you everywhere and set everything up for you, it’s easy to find yourself in an awkward situation.

To me, this is the best part of travel. Those uneasy feelings are actually thrilling and give me a sense of adventure. Where’s the fun in travel if you can predict everything that is going to happen? There is excitement in the unknown, and sometimes heading off somewhere with no itinerary or plan can be the best way to explore a new place. I am both a planner and a procrastinator. On some trips, I like to plan down to the hour where I will be and what I will be doing. This keeps me on track when I know a plan-less day would lead me to be idle. But then there are journeys where I want the unpredictable nature of the day to take me wherever it needs to go, and that’s sometimes when I find or come across amazing things.

But then there are the unfortunate mistakes which have nothing to do with the exploration of the city. These mistakes are what end up costing money and time and cause great inconvenience. This weekend I was traveling around Italy, and had booked a flight which would get me from Rome to London in time for my class later in the day. I woke up the morning of my departure, ready to board my flight back to London. I thought I had left plenty of time to get there. My flight was at 10:55am, and I was going to get to the airport around 10am, which was definitely all right, since I wasn’t checking any baggage. From my calculations, it took 30 minutes to get from the B&B to the train station, then 30 minutes to get to the airport. But when I got to the bus stop to catch the bus, it was late… by 15 minutes. Then the bus took much longer than 30 minutes to get to the station. At the train station, the express train to the airport was late by 10 minutes, finally getting me to the airport at 10:30.

I was hoping I could run through the airport to catch my flight, but going through security took awhile and once I had gotten through that, the gate I needed to get to was a 10 minute walk from there. With sweat covering my face and stress filling my body, I ran to the gate and finally arrived at 10:45. Of course, my arrival time was much too late to board so they told me I would have to go all the way back through the airport to change my flight. After getting lost a few times, I found my way out and back to the EasyJet desk, only to find out I had to pay almost double the cost of the original ticket to change the flight, and that the next flight was not for another 6 hours. Cue my six-hour haunt through the airport, moaning to myself that I had to wait there that long, and feeling the regret that if I had known I’d miss my flight, I could’ve just stayed with my boyfriend for another few days and come back to London later in the week. The one perk was that the airport had free, fast, no-time limit wifi, so at least I had the internet to distract me for awhile, which is definitely something a millennial like me needs.

Through this, I learned that I shouldn’t trust public transportation to get me anywhere on time, as well as leave doubly early for the airport next time so I can avoid this. To make matters worse though, the flight was filled with turbulence and up until the landing, the plane was wobbly and my fear of flying was only intensified. After getting into Gatwick airport, I thought my troubles had ended, but due to my stress level being high, I ended up getting on the wrong train, which took me an extra hour to get home, since I had to get off at the first stop, take another one going the opposite way, get back to Gatwick, and get on the proper train to Victoria station. All of these moments aren’t the worst things that could have happened to me, but it’s good to knock my travel smugness down a peg or two, because apparently I thought I was invincible to the dumb mistakes a traveler can make. I am not immune, and that’s okay. And next time I will plan accordingly to make sure I’ve learned from these mistakes.