You are here: Home / Culture / The London Fiver – Five of the Best Theatre Venues

While theatre is available in London throughout the year, the start of warmer weather means the theatre season really kicks off.  Everything from classic Shakespeare to newer favourites such as Harry Potter and the Cursed Child and their casts are ready to entertain.  Being one of the world’s drama centres, there are many great theatres to visit and take in a show.  Whether you’re in the mood for a classic venue, a modern theatre, or an open-air stage, here are five of the best options to see a play when you’re in London.

Sitting not too far from the first Globe Theatre’s original site, Shakespeare’s Globe was the dream of Sam Wanamaker, who sought to build a faithful recreation of the Elizabethan venue in Southbank.  This end result is so faithful that it also doubles as a museum where visitors can take tours to learn more about the Bard and theatre performances of his era.  In addition to the regular series of Shakespearean plays featured in the Globe’s schedule, the venue also sees other surviving plays from the era and newer historical dramas such as Kneehigh’s Tristan & Yesult. 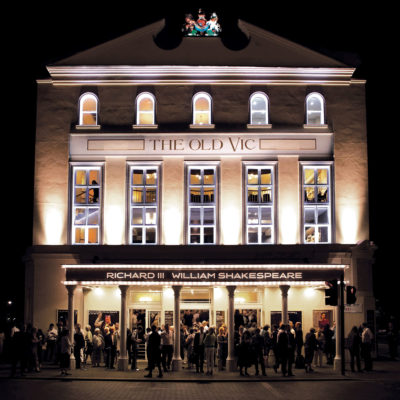 The Old Vic was established in 1818 as the Royal Coburg Theatre and changed its name to the Royal Victoria Theatre in 1933.  Located in Waterloo, the theatre was damaged during the London Blitz, but reopened in 1950 and achieved Grade II listed status the next year.  Some of Britain’s best-known talents have performed on its stage including Laurence Olivier, Judi Dench, and Peter O’Toole, as well as Helena Bonham Carter, being an alumnus of the Youth Company and Kevin Spacey having just finished his run as Artistic Director.  The 2016-2017 season has seen the theatre perform everything from Samuel Beckett to Dr. Seuss. 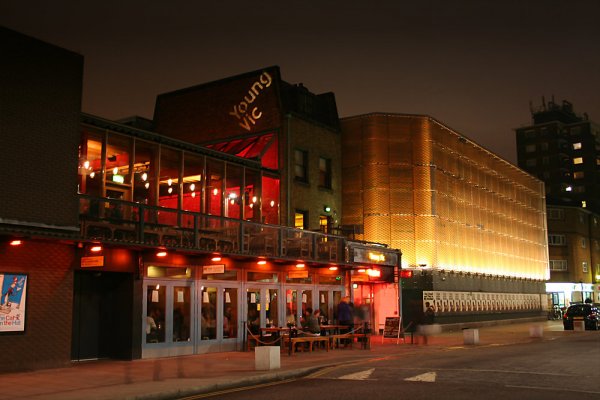 As much dedicated to experimental theatre as the Old Vic is to the classics, the Young Vic was started after World War II first a theatre to bring the classics to children and teens, but over time the company morphed into presenting these classics in innovative ways, pushing the boundaries of the medium.  The current Young Vic theatre was constructed in 1970 from breeze blocks and was originally only meant to last five years.  Many new and undiscovered talents have come through the Young Vic, and their plays continue to explore new territory as well as deliver new takes on your favourite tales. 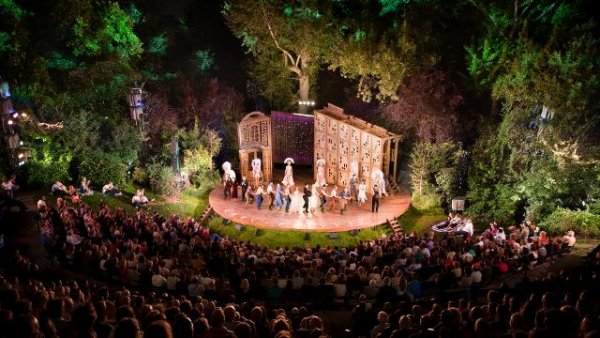 Completely surrounded by greenery at the centre of Queen Mary’s Gardens, the Open Air Theatre at Regent’s Park is one of the best examples of this type of uncovered venue in the country.  The theatre was founded in 1933 by Sydney Carroll and Robert Atkins, today there is an extensive green room and workshop area behind the stage, and the only shelter comes from the theatre’s bar.  Due to its open nature, performances are very much dependent on the weather and the Met Office will be called in case of questionable conditions.  Additionally, the bar does provide full-service meals 90 minutes before the shows begin as well as light refreshments until midnight, and there is a picnic area for those who wish to bring their own meals. 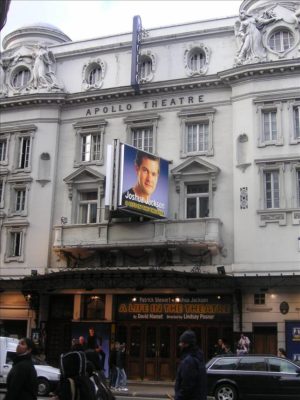 One of the West End’s best theatre venues, this Grade II listed structure first opened its curtains in 1901 as a music venue.  As Queen Victoria had died a month before it was completed, the theatre became the first in London built during the Edwardian Period, and its European styling provides for four levels, each with its own foyer and promenade.  It has been renovated several times over the decades, most recently in 2013 when a partial ceiling collapse injured a number of people.  The Apollo has seen many varied performances and performers over the years from Laurence Olivier to Sienna Miller.