Tudor architecture came about as the final building design style of the medieval period.  While the style’s name is attached to the dynasty that began with King Henry VI and ended with Queen Elizabeth, Tudor architecture doesn’t have quite as long a period covering the years from 1500 to 1560 and Elizabethan Style beginning thereafter.  There are many hallmarks of Tudor architecture such as brick masonry, hammer-beam roofs, decorative chimneys, long galleries, jettied upper floors, and more.  There are a great number of Tudor buildings still left in London, and we’ve outlined our top ten favorites below.  You can let us know your own favorites in the comments. 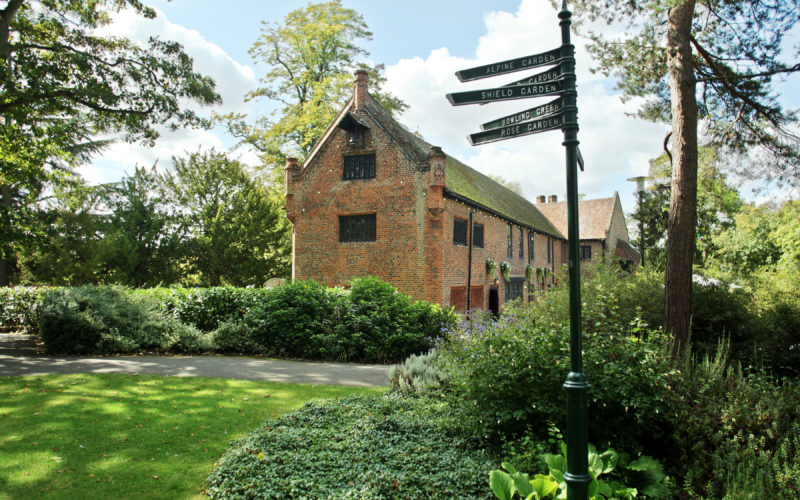 The Tudor Barn in Eltham, Greenwich, is the last remaining structure of its type in the city.  William Roper built-in 1525, and the barn was used not only for storage but also as servants’ quarters.  It became part of a public park in 1933 and today contains a restaurant, pub, and event hall.  Adding to its history, Roper was married to Margaret More, the daughter of Sir Thomas More, and the building itself is Grade II listed. 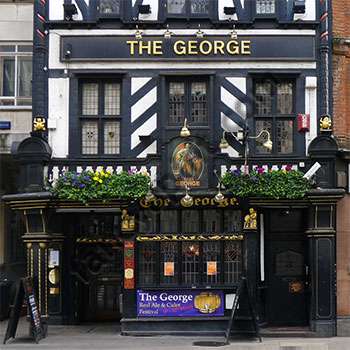 While it’s a bit pricier than most pubs, The George is an excellent example of a Tudor drinking establishment and restaurant in London.  It features plenty of characteristics of the style such as the visible timbers, wattle and daub walls, leaded glass windows, and the gable roof.  Located across from the Royal Courts of Justice, it’s not to be confused with The George Inn in Southwark, which is the oldest coaching inn in the city. 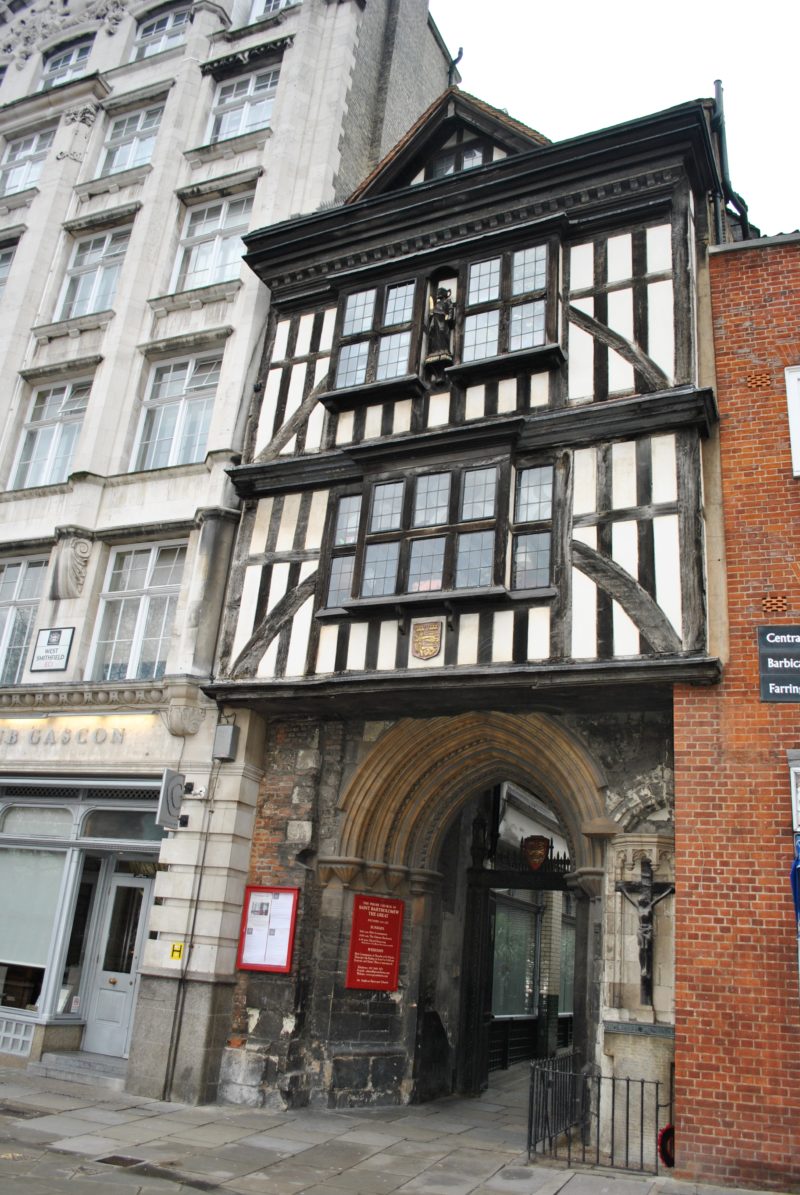 St. Bartholomew’s Gatehouse is a building that acts as the entrance to the Priory Church of St. Bartholomew the Great, also called St. Bart’s.  The church fell victim to the Dissolution of the Monasteries and, fifty years later, William Scudamore built a house above the gate, and even though architecture was firmly in the Elizabethan period by this point, the house has all the markings of the Tudor style from the timber frame to the gabled dormer. 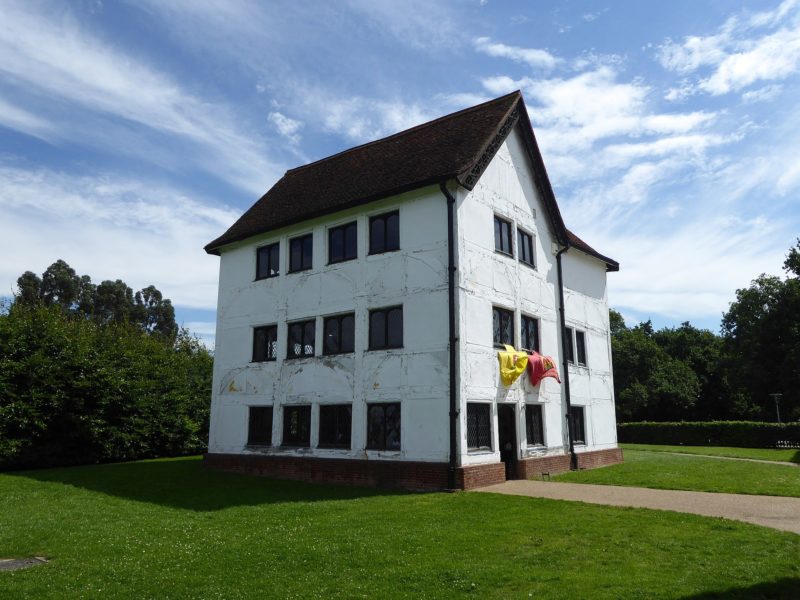 While named for Elizabeth I, this three-story timber hunting lodge was actually constructed by her father, King Henry VIII in 1543 before Elizabeth had it refurbished in 1589.  It is now a museum operated by the City of London Corporation and is a Grade II listed structure.  The lodge hosts numerous events throughout the year on Tudor history, food, and fashion. 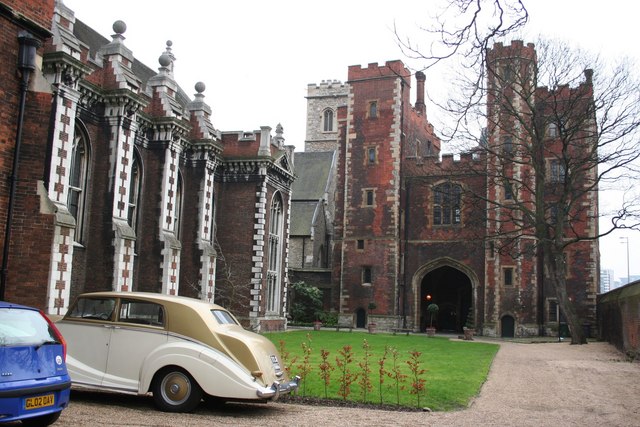 Certainly one of the grandest Tudor residences that still fulfills that role, Lambeth Palace has been the London home of the Archbishop of Canterbury since roughly 1200 AD when it became the home of the Community of St. Anselm whose patron is the Archbishop.  Being so old, the building has many different architectural styles, including the Tudor gatehouse with its brick construction, lead windows, and low arches.

The four Inns of Court are the places where every barrister and solicitor in the UK must be admitted in order to practice law.  Lincoln’s Inn is one of the four and is housed in a Tudor building that has existed on the site since 1580 after the benchers acquired a freehold estate on the grounds, constructing the Old Hall and a long-demolished chapel. 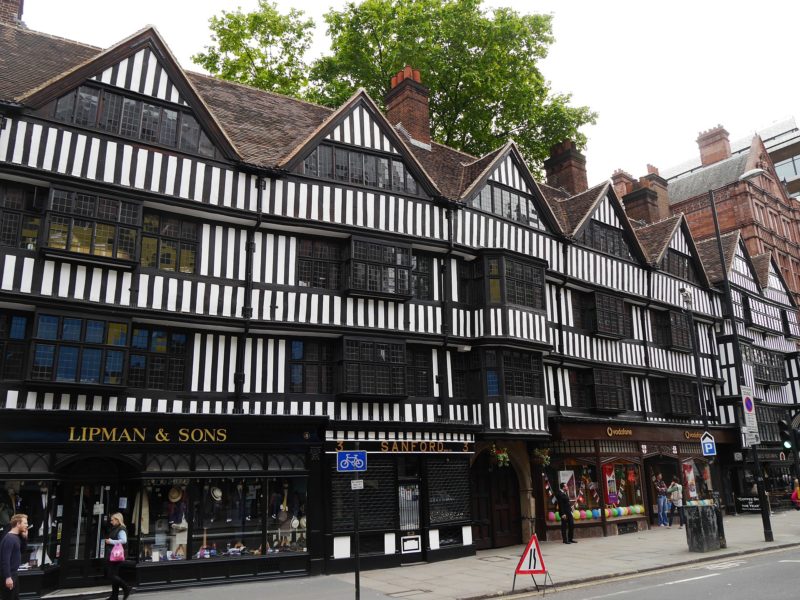 Staple Inn began life being very closely linked to the Inns of Court, specifically being attached to Grey’s Inn and being part of the Inns of Chancery (courts of equity).  Staple Inn is very obviously a Tudor-style structure with its wooden beams, gables, and wattle and daub walls.  The walls were actually covered over at one point in the building’s renovation but have since been restored to their original condition. 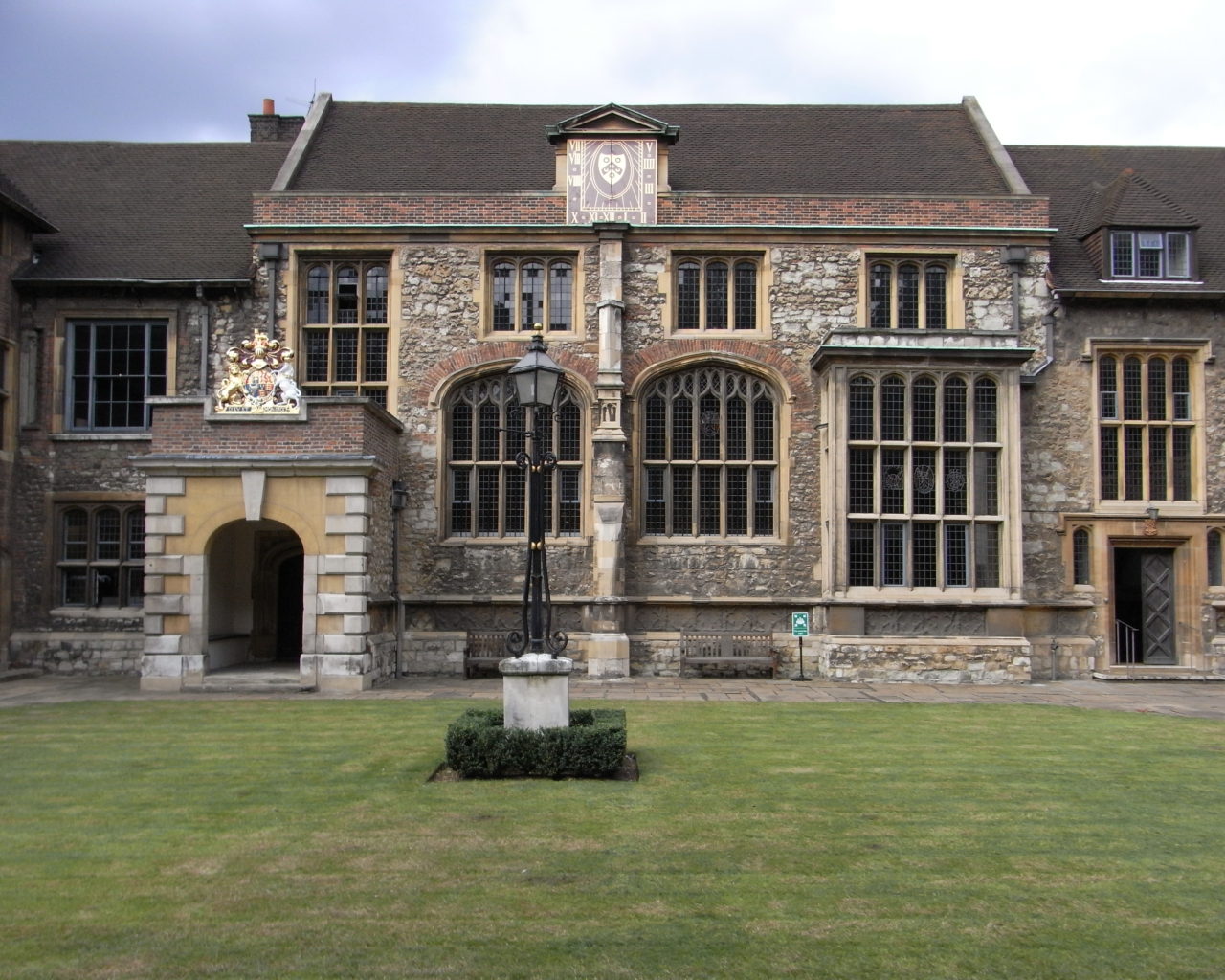 The original parts of the Charterhouse were built in 1348, but the Tudor mansion that makes up much of the existing structure came about in 1545 courtesy of Sir Edward North.  North proceeded to transform the former priory into his new home and built the Great Hall and the Great Chamber, both of which have extensive Tudor features.  The Charterhouse became a mansion for both the nobility and the monarchy, as Queen Elizabeth I used it to meet with the Privy Council prior to her coronation. 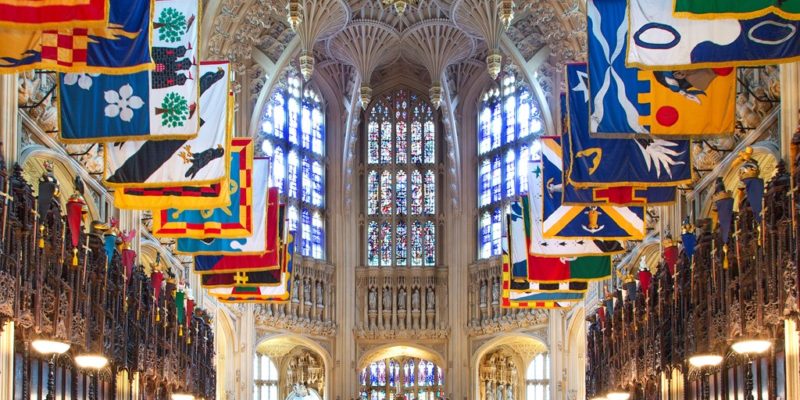 Also known as the Henry VII Chapel, the Lady Chapel in Westminster Abbey was constructed at Henry’s direction from 1503 to 1509.  The chapel is actually separated from the rest of the Abbey and has a different architectural style that is more symmetrical than the rest of the building.  The fan-vaulted roof with its underhanging pendants is perhaps the most notable feature and is decorated throughout with Tudor emblems of the rose and portcullis, making it the best example of a Tudor place of worship in London. 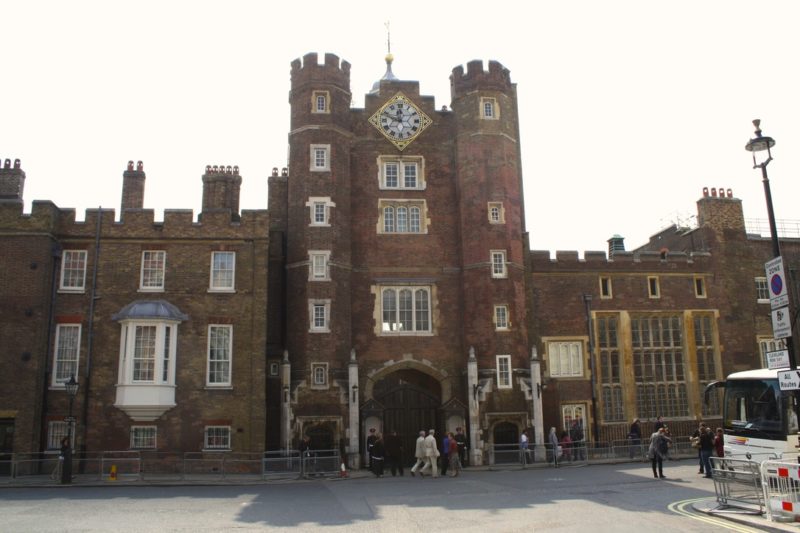 The best Tudor palace has to go to St. James, which is still the ceremonial seat of the monarchy and most senior royal residence, even though no monarch has lived there for centuries.  King Henry VIII had the palace built from 1531 to 1536, and it naturally displays many hallmarks of the era including the brick façade, ornate chimneys, and polygonal turrets with fake battlements (as gunpowder made such aspects non-functional and merely aesthetic).  Henry had it refurbished in 1544, and it would become home to both Queen Mary I and Queen Elizabeth I.  A working palace, so access is limited to the Queen’s Chapel and Chapel Royal, but you can witness the splendor of the Tudor style while you watch the changing of the guard.