You are here: Home / Site News / Featured / Ancient Roman City: 10 Interesting Facts and Figures about the City of London You Might Not Know 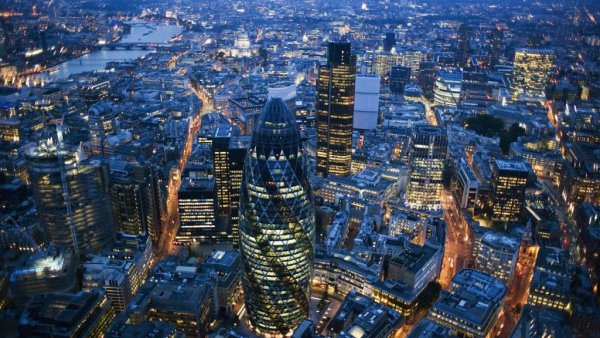 Long before London was the megalopolis it is today, what was known as London was confined to a square mile formed out of the Roman settlement of Londonium. Now much part of the Greater London Authority, the City of London still carves its own niche out of the sprawling city. It is the oldest part of London, but is home to some of its most modern buildings. Still at the core of London, there are many interesting facts about the city that you may never have known. Read on and discover something new.

Until 1994, every “road” as we know it in the City of London wasn’t actually called a road. There are plenty of Streets, Lanes, Gates, and Courts, but no “Roads”. In that year, the lines were redrawn and Goswell Road became part of the city.

The City of London Corporation, the governing body for the Square Mile, estimates that there 14,385 businesses operating within the city. The Corporation states that 98.5% of these businesses are Small to Medium Enterprises and make up 48% of employment within its borders, meaning that 1.5% of firms employ the remaining 52%. That’s 209,000 out of 400,000 employees.

Rebuilding after the Fire

The damage caused by the Great Fire of London in 1666 spared much of Greater London, but the Square Mile bore all of the destruction. 436 acres of the city was destroyed, including 13,200 homes and 87 out of 109 churches, including St. Paul’s Cathedral. St. Paul’s and many of the other 50 churches were rebuilt by Sir Christopher Wren, while only 9,000 of the destroyed homes were rebuilt. With all that destruction, only six people died.

The London Underground was a marvel of its time and the first underground railway system in the world, but it wasn’t without opposition. Clergymen at the time warned that the noise of the trains would “disturb the devil.” Now the city has eight Tube stations and the Metropolitan, Circle, District, and Central lines run through the city.

Watching Over the City

King William I built the Tower of London just outside the City of London after subduing resistance in the city. The Tower was intentionally made to be taller than any other building in London to be physically imposing and remind Londoners who their king was now.

The oldest church in the Greater London area can be found in the City of London. All Hallows by the Tower Church was founded in 675 AD. The church’s undercroft has Roman pavement that dates back to the 2nd Century.

Monument for the Stars

Not just a monument to tragedy, the Monument to the Great of London also had a second, scientific purpose. The Monument was also meant to have a fixed telescope to study a single star as well as studying gravity and pendulum experiments from a laboratory accessible today through the ticket office. Robert Hooke designed this element of the Monument along with Sir Christopher Wren, but these scientific purposes were ultimately unsuccessful as traffic from Fish Hill caused vibrations that interfered with the equipment.

In addition to having the world’s oldest underground subway, the first underground lavatory was made available to the public in 1855 near the site of the Bank of England.

The City’s Own Wedding Cake

One of the many churches rebuilt after the Great Fire was St. Bride’s Church on Fleet Street. The tiered design of the bell tower is said to have inspired the first wedding cake. Thomas Rich, a baker’s apprentice who fell in love with his boss’s daughter, wanted to make his bride an extravagant cake and drew upon the tiered tower for inspiration. The resulting cake proved to be the inspiration for countless others.