You are here: Home / Site News / Featured / An Age of Exhibition – A Look at the Arts and Sciences on Display in Victorian London 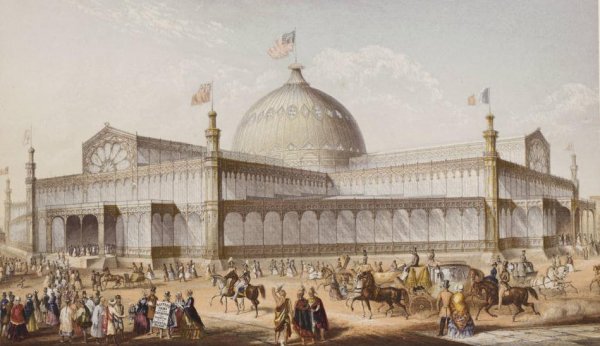 In the 19th Century, the public’s interest in the arts and sciences was enormous. Appropriately, this was symbolized in Queen Victoria and Prince Albert, who spent the better part of their lives supporting the arts and sciences and fully believed that these wonders didn’t belong to just the upper classes, but should be shared by everyone. To that extent, plans were drawn up by the Royal Society for the Arts, Manufactures and Commerce for an exhibition to show off technological wonders from around the world.

The exhibition was organised by Society members that included Prince Albert, Henry Cole, Francis Henry, George Wallis, Charles Duke and others. They decided to set the exhibition in Knightsbridge and had the Crystal Palace constructed to house the exhibitions. Over 14,000 of these exhibitions from 15,000 exhibitors were on display covering the Palace’s 990,000 square feet. From printing machines that could produce 5,000 copies in an hour (which was a lot back then) to an ancestor of the fax machine developed by Frederick Bakewell, there was plenty to awe the public. Though the initial price to get in was three guineas (or £308.03 in today’s money), it eventually lowered to a shilling (£4.89), ensuring that the majority of people could afford to see these wonders.

Eventually the Exhibition closed in October of 1851, but not before 6 million people had passed through it. Instead of the predicted shortfall, the Great Exhibition produced a profit of £186,000, which in today’s money would be approximately £23,192,592. This was certainly an encouragement to Albert and the members of the Royal Society who wanted to see the public’s exposure to the arts and sciences continue. Prince Albert recommended using the profits made from the Great Exhibition to purchase land along Exhibition Road in South Kensington. 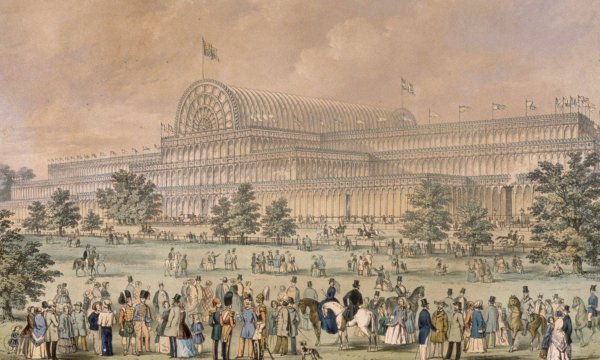 Albert had wanted to transform this area into a centre for the arts, sciences, and technology. Starting in the latter half of the 1850s, construction began on many of the area’s institutions, including new buildings for Imperial College London, the Royal College of Art, the Victoria and Albert Museum, the Science Museum, and others. Unfortunately, while Albert’s dream was being established in South Kensington, his health was beginning to fail. What began as stomach cramps eventually claimed his life. While his doctors then thought he had caught Typhoid Fever, modern writers often believe that his prior symptoms suggest that Albert may have suffered from Crohn’s Disease, renal failure, or abdominal cancer.

On his death, Queen Victoria went into a period of mourning that would last for the remainder of her life. Yet, she was still dedicated to seeing her late husband’s dreams come true. The area was given the nickname Albertopolis in his honour. Victoria began work on what would become the Royal Albert Hall, perhaps the premiere classical music venue in London. Later additions to Albertopolis included the Natural History Museum in 1881 and the Imperial Institute in 1887. While the latter changed to the Commonwealth Institute and the original building only has the Queen’s Tower remaining (part of Imperial College London), many of the structures that formed this cultural and scientific centre are still there today.

The legacy of the Victorians in the arts, sciences, and technology is still with us. Visiting London, you can attend concerts at the Royal Albert Hall, experience the wonders of science at the Science Museum, view fabulous works of art at the Victoria and Albert Museum, or study the development of species at the Natural History Museum. While the exhibitions the buildings may have changed, walking through them can still grant the sense of wonder felt by the Victorians.