You are here: Home / History / Their Excellency, the Mayor – A Primer on the Lord Mayors and Mayors of London 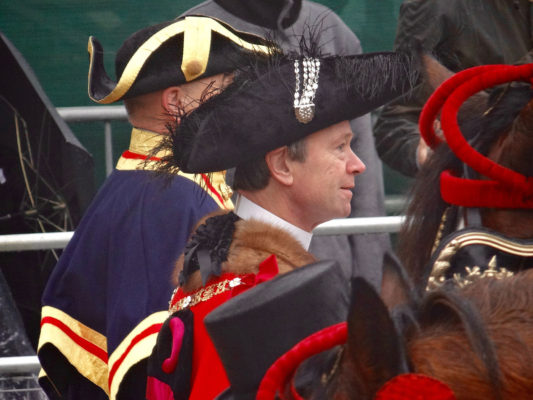 What we know as London had been inhabited for hundreds, if not thousands, of years, though the first major settlement that formed the city came about during the Roman occupation.  Its boundaries were established by the London Wall and at the height of the Roman period, Londonium had up to 60,000 inhabitants.  During this period, a Roman prefect would have been responsible for the city’s administration.  However, the decline of the Roman Empire meant a decline in the city’s fortunes as well, though it would be restored later under King Alfred the Great.  The Anglo-Saxons had a similar administrative post to mayor called a Portgrave or Portreeve, which was essentially a chief magistrate.  In 1130, King Henry I appointed a Sheriff for the City of London and Middlesex County, who acted as the chief administrative officer.

The first “true” Mayor of London did not come about until 1189 when King Richard I appointed Henry Fitz-Ailwyn de Londonstone.  The creation of the post was essentially a tradeoff between Richard and the city’s merchants for the heavy taxes he levied to pay for the Crown’s military campaigns.  The term of the post was established to be one year and Fitz-Ailwyn served for a total of twenty-four terms until his death in 1212.  The position would change from one that was appointed by the Crown to one elected by the people in 1215.  The first elected mayor, William Hardell, was the only commoner to be a witness to the Magna Carta that same year.  Hardell was appointed as one of the enforcers (or Sureties) of the charter.

However, one of King John’s conditions was that the newly-elected mayor had to be presented to the sovereign for his approval.  King Henry III made it so that the presentation could be done before the Barons of the Exchequer at Westminster, though Henry would always be a thorn in the side of London’s mayors during his reign.  He once refused to give assent to Mayor Gerard de la Beche until the king himself could travel to London.  For many years, the relationship between the Sovereign and the Mayor could be a strained one, with the Crown suspending the position of mayor at several points for disobedience.

The first person to hold the title of “Lord Mayor” was Sir Thomas Legge in 1354, though it was his second term as he’d previously been mayor in 1347.  In 1435, the Lord Mayor was a candidate elected from amongst the City Aldermen.  To the present day, over 700 people have held the title of Mayor or Lord Mayor of the City of London.  The first woman to hold the title was Dame Mary Donaldson in 1983 and the only other woman to be Lord mayor was Dame Fiona Wolfe in 2013.  The current Lord Mayor of the City of London is Lord Mayor Jeffrey Evans, 4th Baron Mountevans.

With the increase in London’s population following the Industrial Revolution and its continued growth throughout the 19th and 20th Centuries, there was a recognised need for larger municipal organisation to administer services.  The government then created the London County Council in 1889 as part of the Local Government Act of 1888.  The act also established within the LCC the positions of Chairman and Vice-Chairman, which were great honours, but largely ceremonial.  As with Parliament, the position of Leader of the LCC was the leader of the majority party, a post that was first recognised in 1933.  The LCC was dissolved in 1965 and replaced with the Greater London Council, which had a similar leadership scheme, though the Leader also served as Council’s Chairman.  The GLC was then abolished during Margaret Thatcher’s government in 1986 and administrative control was either with Parliamentary committees or local councils.

With control of the British government back in the hands of Labour in the late-1990s, the party decided to resurrect the idea of a municipal organisation to administer Greater London.  The Greater London Authority was then established by legislation in 1999 with a mayor-council form of government modeled after American municipalities.  In this system, the Mayor was a directly elected position that would answer to the London Assembly.  The first Mayor of London under this scheme was Ken Livingstone, who had been the Leader of the GLC at the time of its dissolution.  He was followed by Boris Johnson in 2008 and then newly-elected Mayor Sadiq Khan in 2016, who is the city’s first mayor of Islamic faith.

While the GLA has authority over the whole of London and administers many city-wide services, the City of London Corporation continues to provide and administer some services within its own jurisdiction.  Thus, while the position of Mayor has greater authority, it is still markedly separate from that of Lord Mayor.  Even though London has changed drastically since the appointment of the city’s first mayor, both the Mayor and Lord Mayor still serve important roles in London.