You are here: Home / Culture / Ten World War II Movie Locations You Can Visit in London

Through World War II, London was a center of the United Kingdom’s battle against Nazi Germany and bore a heavy burden of the Axis attack.  Appropriately because of its role throughout the conflict that spanned nearly six years, London has been a featured location in many movies made about the war.  From the power of Whitehall to the Blitz rubble that used to be someone’s home, many parts of the city have been used to bring this period back to life.  We have identified ten World War II movie locations that you can visit and include films that realistically portray the war as well as entirely fictional accounts.  Let us know some of your favorite World War II movies and movie locations in the comments.

While not a realistic depiction of the war, this 1964 film along with the 1962 novel The Man in the High Castle depicted a “what if” scenario where the Nazis won.  In It Happened Here, the film offers up an England where the Nazis defeated British forces and ponders questions about who would become a collaborator under the new regime, whether willingly or unwillingly.  Trafalgar Square features as part of a newsreel showing Nazis occupying London and even holding a rally here. 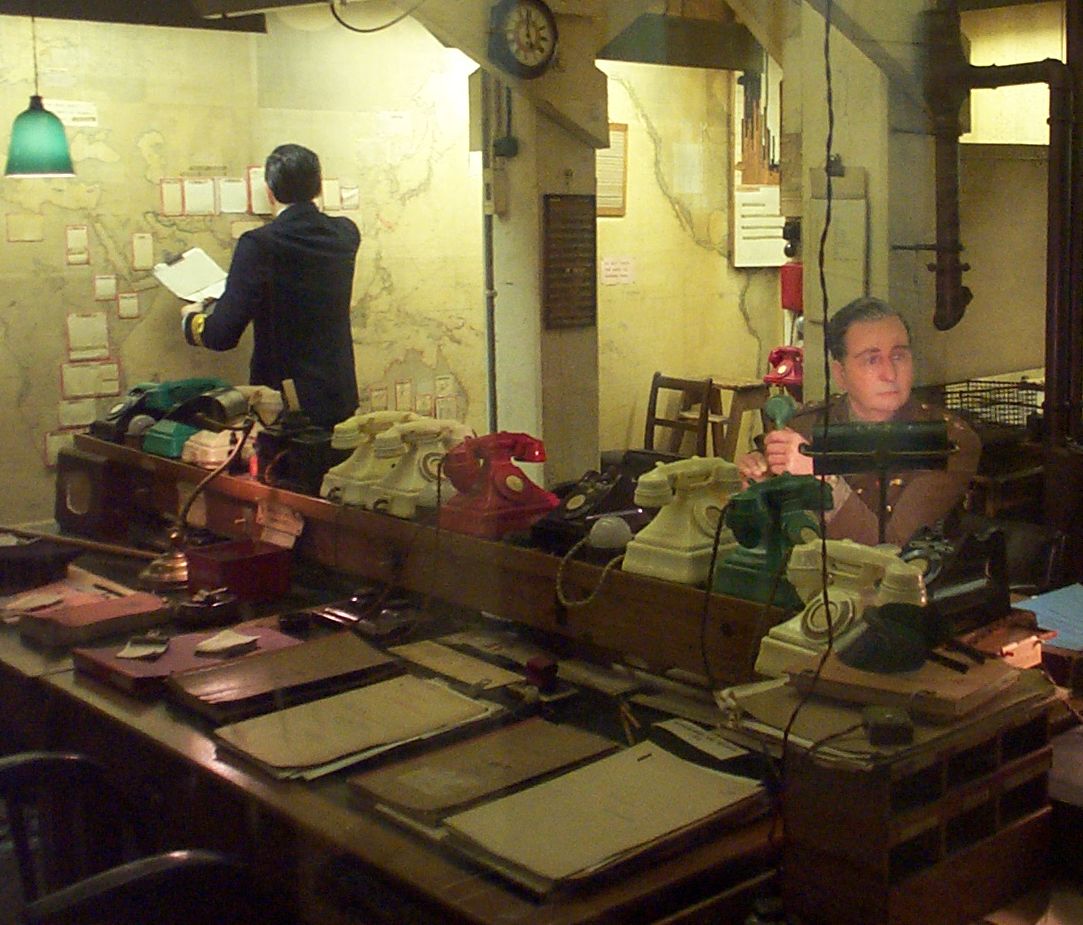 Darkest Hour is a film that shows Winston Churchill’s rise to Prime Minister and his early years in that position during the war.  The Churchill War Rooms operated as the British government’s nerve center during World War II and for the film, production designer Sarah Greenwood and her team painstakingly recreated the War Rooms bunker where over three-and-a-half weeks of filming took place.  You can visit the real Churchill War Rooms and see where history happened for yourself.

Focused on the coming to power of King George VI and how he worked to overcome his stutter and be a symbol of Britain’s resolve during the war, The King’s Speech naturally features many London locations throughout the film.  One particularly notable example comes at the end, where the King makes his powerful speech announcing that the country is now at war with Germany.  George’s long walk through Buckingham Palace to the room where he will give the speech was actually filmed in Lancaster House, a Neo-Classical mansion near St. James’s Palace that has often doubled for the monarch’s home.

While 2011’s Captain America:  The First Avenger features the fictional American superhero, most of the movie was actually filmed in England.  This includes the scenes where Cap is part of a traveling USO show to sell bonds for the war effort.  All of these scenes were filmed at Hackney Empire, a grade II listed building that opened in 1901 as a music hall.  You can see its upper-level seats in some shots as our hero punches a fake Hitler. 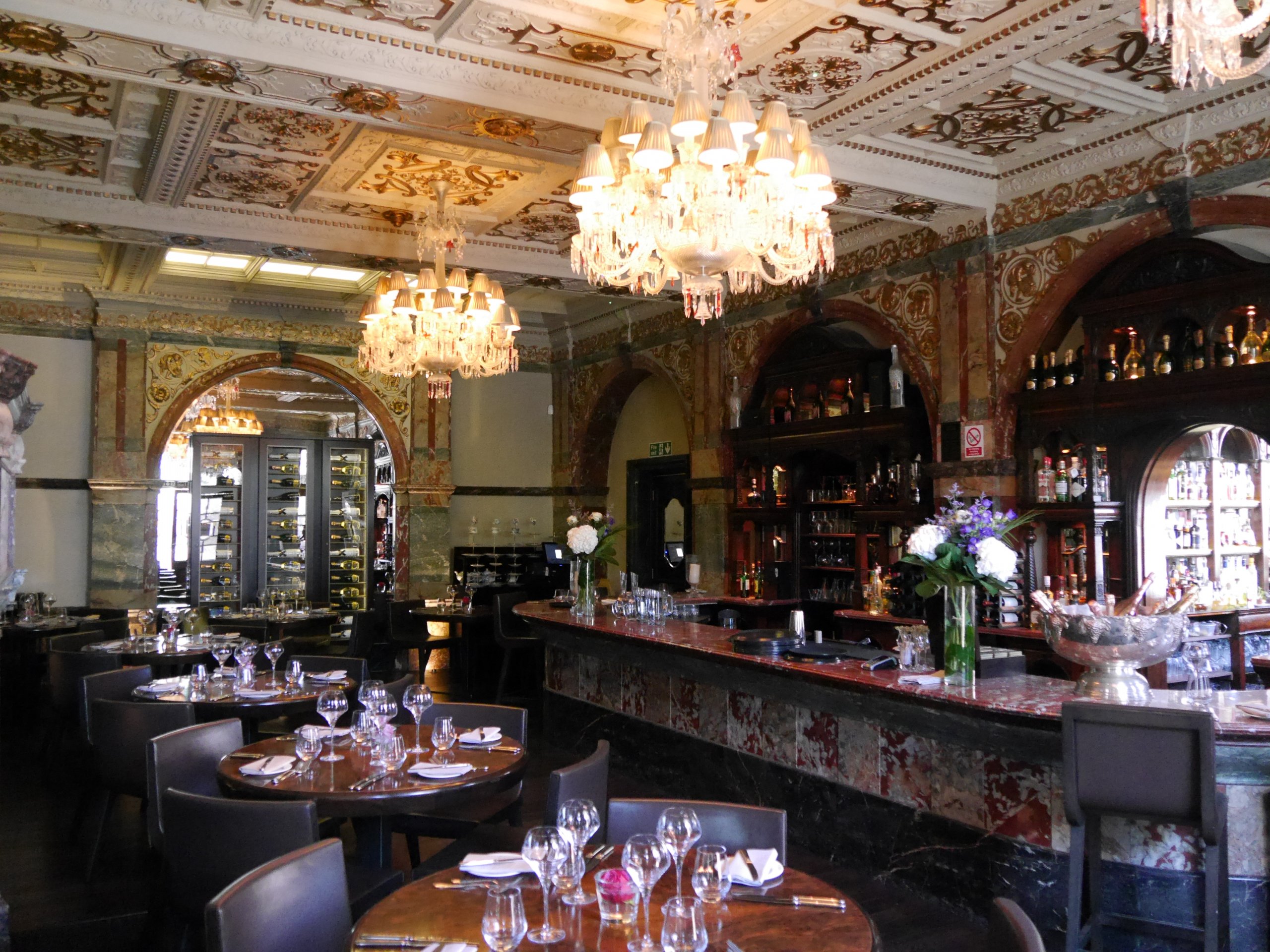 Since England also served as a staging area for some American forces before they went to mainland Europe, it’s not unusual that some scenes in the movie take place in a London pub.  As Steve Rodger commiserates with his fellow soldiers and deepens his relationship with British Agent Peggy Carter, these events happen in the front and middle bar areas of Crocker’s Folly, a gastropub located in St. John’s Wood on the other side of Regents Park.

An important moment in the war was the Allied cracking of the German ENIGMA code machine, a feat that would not have been possible without British computer scientist Alan Turing.  Played by Benedict Cumberbatch in the 2014 film The Imitation Game, the film relies heavily on Turing’s Oxford time at Bletchley Park in Buckinghamshire but also relies on scenes set in London, such as whenever Turing meets with his bosses at MI6.  The exterior of the espionage headquarters seen in the movie is actually that of the Lethaby Building in Holborn.

Hope and Glory focuses on the effects the Blitz has on a family living in the London suburbs during the war.  The story is told mostly through the eyes of ten-year-old Billy, who is absolutely thrilled when his school is destroyed as a result of the bombing (as most children might be excited at the thought of not having to go to school).  The school building itself is Queen’s Manor Primary School, which is certainly still intact. 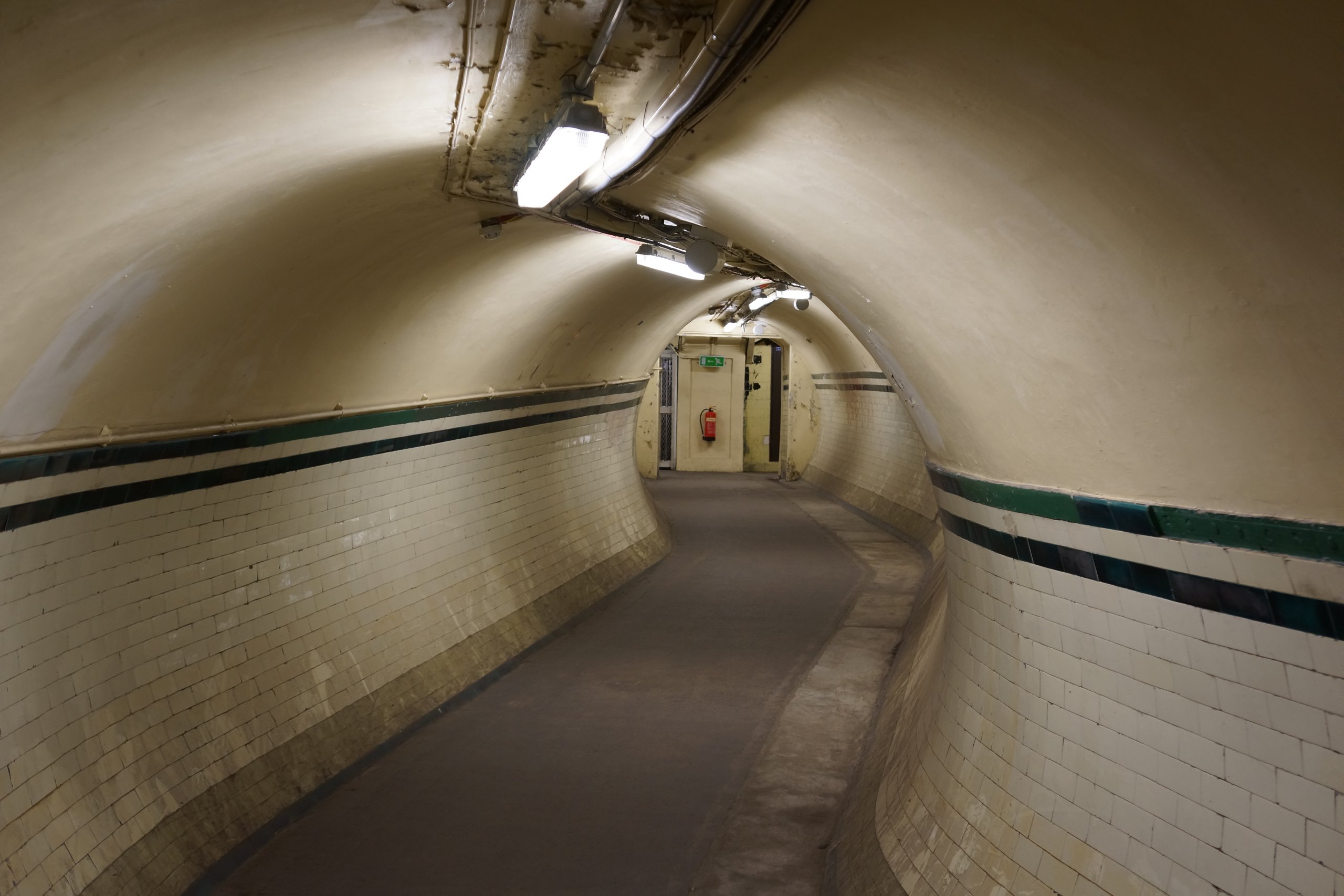 Aldwych Underground Station is a closed Tube station that, because it has been so well-preserved over the years, is a perfect place for filming.  One such example is the 1969 film Battle of Britain, which takes a long look at the battle that was a turning point for British Forces.  Aldwych comes into the film as representing one of many Underground stations that served as air-raid bunkers during the Blitz and subsequent bombing attempts by the Luftwaffe.  The station also plays this role in other WWII films.

Another couple American movies that made use of British locations were the first and third Indiana Jones Films.  Set a couple of years prior to Germany’s invasion of Poland, archaeologist Dr. Henry “Indiana” Jones makes attempts in both films at preventing the Nazis from acquiring mystic weaponry that will make them all but invincible in the coming war.  Early scenes in both films depict Dr. Jones teaching at the fictional Marshall College, which for both exterior and interior shots was done at the Royal Masonic School for Girls in Rickmansworth.

Based on the book Their Finest Hour and a Half by Lissa Evans, Their Finest is a film that shows how the Ministry of Information worked hard to make propaganda films that were both entertaining and informative.  Gemma Arterton plays Catrin Cole, a scriptwriter for the ministry.  As she’s on her way to the interview for the job at the beginning of the film, we see the Blitz’s devastating effects on the neighborhood of Bloomsbury as she makes her way to the Ministry of Information building played by Senate House, which also appeared in Dunkirk.