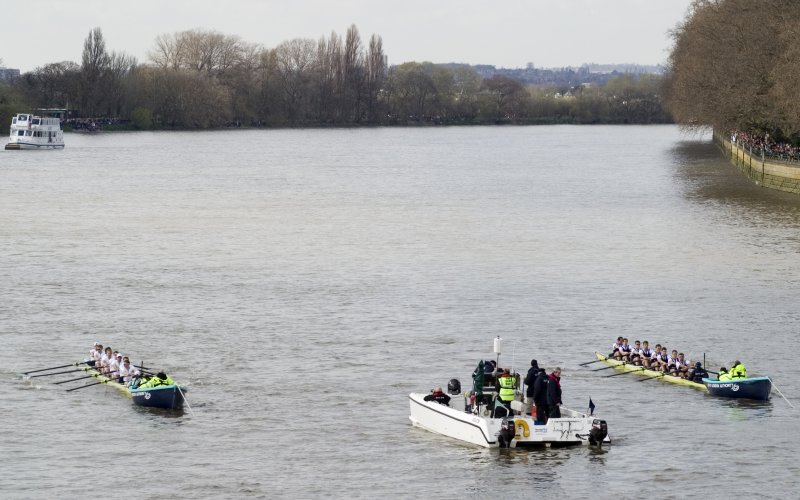 London is a city on the go—and that translates to racing!  There are plenty of races that take place in London on foot, bicycle, car, and more.  For those wanting to participate, there are races for amateurs and professionals as well as ones for the public and for members only.  Regardless of whether you want to participate, there are still races you can view as a spectator.  We’ve outlined five of these London races below.  If you think there’s a competition we’ve left out, no matter the method of locomotion, you can let us know in the comments.

Officially known as the Virgin Money London Marathon, the London Marathon is one of the world’s top foot races.  The marathon began in 1981 and has several different categories of races, from those for the general public to races for professional runners.  While the professionals tend to compete for money, the mass public part of the race has a heavy charity fundraising component as well as a lot of fancy dress costumes.  Spectators normally line the streets to get a good look at the runners and cheer them on.

For the Peter Pan Cup, members of the Serpentine Swimming Club line up on the shore in Hyde Park to go for the chilliest of races as they plunge into the Serpentine’s cold waters.  The races have been going on since 1864, and the club also holds races on Saturdays with the distance depending on the water’s temperature.  On December 25, the Serpentine’s temperature sits at about 40 degrees Fahrenheit, but that doesn’t stop the club members from finishing their hundred-yard competition.  You have to be a member of the Serpentine Swimming Club to participate, but anyone is welcome to watch.

Sponsored by Prudential, RideLondon is the city’s biggest bicycle race.  The race is one of the newest, having been inaugurated in 2013 and was intended as a legacy of the 2012 Olympic Summer Games.  As with the London Marathon, there are a number of sub-categories for the race, such as the Classique (women’s professional), Surrey Classic (men’s professional), and Surrey 100 (amateurs).  The FreeCycle event is one for all ages and passes by London landmarks while also featuring festival zone stops with bike-related activities.  Also, like the London Marathon, there’s a heavy charity aspect to it and plenty of participants partner with a non-profit to help raise funds.

Interestingly, The Boat Race doesn’t involve a lot of boats and isn’t even put on by anyone from London.  This race is an annual rowing competition held on the Thames between students of Oxford University and Cambridge University, with teams for both men and women.  It’s the oldest race on this list, having begun between the two schools in 1829.  Well over 250,000 people line up on the riverbanks to watch the race in person, while another 15 million tune in on television.  For those keeping score at home, Cambridge has won the men’s race 85 times, and Oxford has won it 80 times, while the Cambridge women have won their race 45 times to Oxford’s 30 victories. The 2020 race was cancelled due to COVID-19. The 2021 race was held on the Great Ouse in Ely, Cambridgeshire. For 2022, the course will have to change as no river traffic is currently allowed under Hammersmith Bridge, which is undergoing repairs.

Of course, we’re not going to leave out a car race.  The London to Brighton Veteran Car Run is the longest-running car race in the world, having begun in 1896 to celebrate the Locomotives on Highways Act.  It’s called the “veteran” car run because it’s a requirement that a participating car must have been built before 1905.  This means you’ll see any number of beautiful turn-of-the-century cars (and even some bicycles and motorcycles) if you go to the start of the race at The Mall in London before it starts heading south to Brighton.