You are here: Home / Site News / Featured / The Tube: Ten Interesting Facts and Figures about the Northern Line 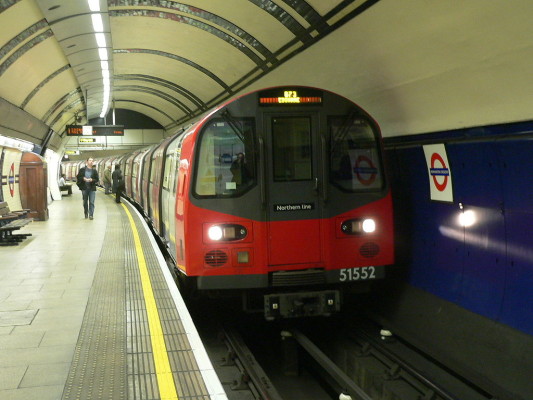 A black line on the Underground map marks the Northern Line, it opened in 1890 and is the oldest of the deep-level lines on the map. Despite its name, it actually doesn’t have the most northern Underground station, even though it does run from north to south. The line was started from two separate lines, the City & South London Railway and the Charing Cross, Euston, and Hampstead Railway. The two were linked in the 1920s and further extended as the suburbs grew. From High Burnett all the way to Morden, there are many interesting facts to know about the Northern Line.

As mentioned, while the Northern Line’s name is a bit of a misnomer since its most northerly station isn’t the most northern on the Underground, it does have the southernmost station with Morgan. The Northern Line is also home to the longest continuous tunnel which runs for 17.3 miles from East Finchley to Morden. Lastly, the deepest station on the Underground is Hampstead station, which sits 58.5 metres below street level.

You Gotta Get High Before You Taste the Lows

In addition to having the lowest Underground station, the Northern Line also has the highest elevation. The Dollis Brook Viaduct over Dollis Road is 18 metres (60 feet) high.

Perhaps the number of Central London stations could explain why the Northern Line has the highest number of trains for scheduled peak period service at 91. It has the third-most stations at 51, behind the District Line (60) and the Piccadilly Line (52).

The time to travel between Embankment and Charing Cross stations is exactly 42 seconds.

Sleeping on the Job

A pretty dangerous activity when you’re an Underground train driver. On 11 July 2000, a driver allegedly fell asleep behind the wheel and his train with all its passengers rolled 100 metres backwards through the Chalk Farm station. When it went through a signal at red, the automatic breaks applied and stopped the train, which was fortunate for the passengers as another train was further down the line and they would have collided if it hadn’t stopped. 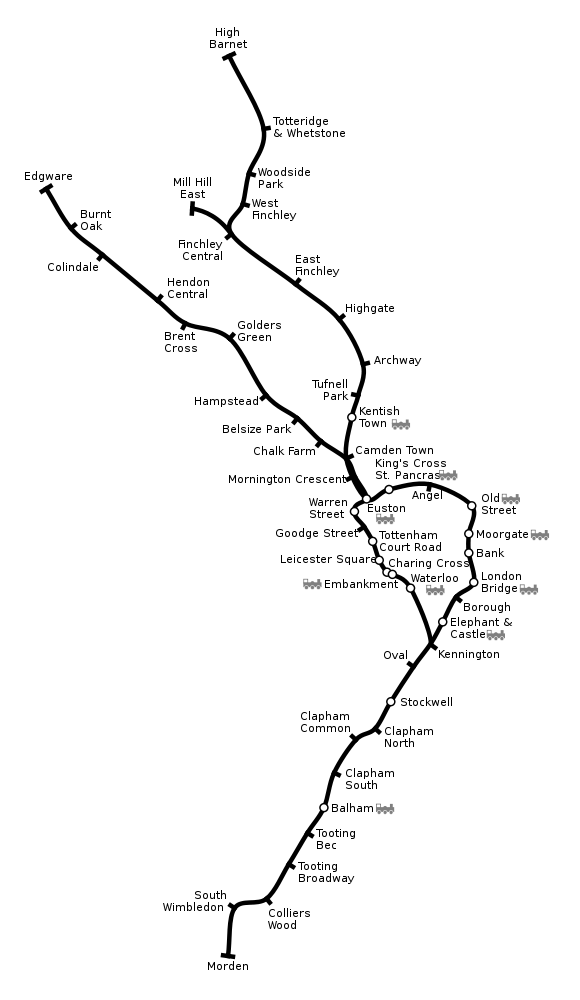 A 2002 study of the air quality in the Underground revealed that it was 73 times worse than the air above-ground. The study stated that spending a mere 20 minutes on the Northern Line was like smoking a cigarette.

The famous warning of “Mind the Gap” originated on the Northern Line in 1968. Sound engineer Peter Lodge recorded the phrase himself as well as the closing doors warning after the actor hired to do the lines demanded royalties. The northbound platform at Embankment station is the only place where you can hear his original recording. His widow requested that it be reinstituted so she could hear his voice again.

The Northern Line has one abandoned station, the North End Station, between Hampstead and Golders Green. It was begun in 1903, but never completed. The reason for this was that a housing development that was planned for nearby the station never came to be. By the time construction was halted in 1906, the larger diameter station tunnels, low level passageways, and lift shafts had already been excavated and built. During World War II, it was used to store secret archives accessed only by service trains and during the Cold War, it formed part of the city’s civil defence.

The way the Northern Line splits at Central London means that if you get on a terminating train headed south to Kennington, you could end up in completely the wrong station. The train actually loops back after it hits Morden and goes north up the left side of the Northern Line to Edgware. People who pass out drunk or fall asleep have been known to awaken on the completely opposite side of the city from where they intended.