You are here: Home / Site News / Featured / Exploring The Tube: Ten Interesting Facts and Figures about the Central Line 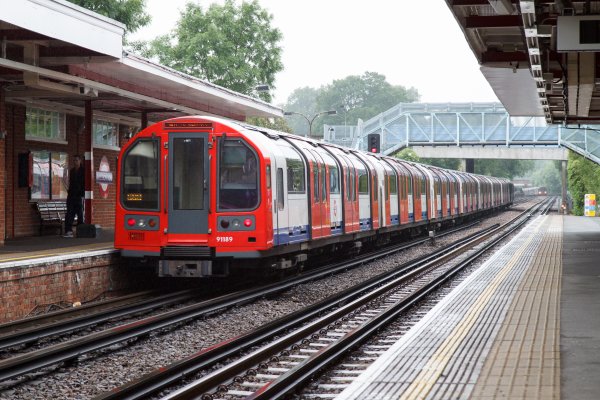 The Central Line is easily the longest route on the London Underground. From West Ruislip to Epping stations, the line length is 46 miles (76 kilometres), with the longest direct route between the two stations being almost 34 miles (59.4 kilometres). There are a total of 49 stations along the Central Line with seven lines that have closed since it opened. What’s more, in 2011/2012, approximately 260.916 million people traveled on the line.

Origin of the Name

“The Tube” as a nickname for the London Underground began with Central London Railway in the 1900s. It’s two penny fare combined with the cylindrical shape of the lines gave it the nickname “The Two Penny Tube”, later shortened to just “The Tube”. The nickname was eventually used for the entire Underground.

If you’ve ever wondered why the Central Line tunnels seem to twist and turn more than other Underground lines, it’s because the Central Line actually follows the street pattern of Medieval London. 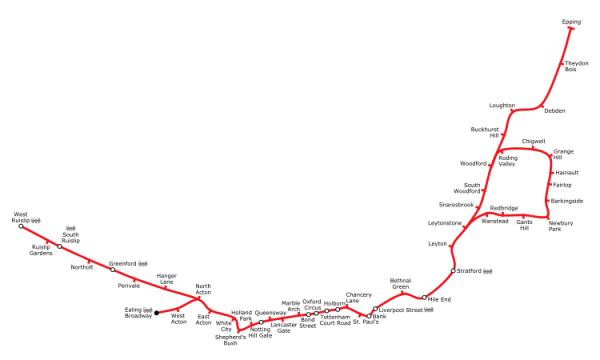 One of the stations on the line possesses the same name as a well-known television program. Grange Hill is both a station between Hainault and Chigwell and also a drama program focusing on events at the fictional Grange Hill School. The program is one of the longest-running in BBC history and was broadcast for thirty years from 1978 to 2008.

While many Underground stations were repurposed during World War II as air raid shelters, approximately two miles of the Central Line were shut down and converted into an aircraft factory. Electronics manufacturer Plessey utilized the Central Line as a factory after its original location was bombed by the Luftwaffe. This fact remained an official secret until the 1980s.

When the Central Line first ran in 1900, amongst its VIP passengers were Mark Twain and the Prince of Wales, the future King Edward VII.

The Light of Day

The Central Line has the most stations without an above ground building. Of the Central Line’s 49 stations, five of them have no surface building. These stations include: Notting Hill Gate, Bank, Bethnal Green, Chancery Lane, and Gants Hill.

Last of its Kind

For years, the Greenford Station on the Central Line was home to the Underground’s last remaining wooden escalator. Wooden escalators were largely replaced after the King’s Cross fire of 1987. Recently, the Greenford Station has been the focus of upgrading that will include step-free access, a wider staircase, and a radar key toilet. Sadly, these renovations mean that the Underground’s last wooden staircase will be gone by the time work is finished this summer.

A Museum Piece for the Museum

One of the Central Line’s closed stations was the British Museum Station. It opened in 1900, but was shut down in 1933 after the expansion of the nearby Holborn station made the museum’s station obsolete.