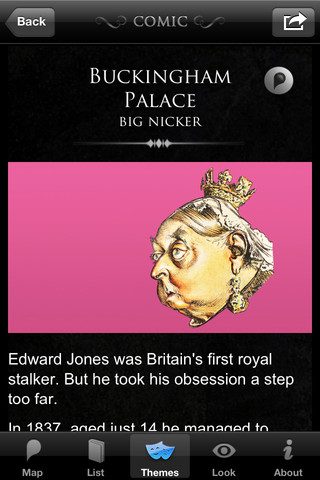 We discovered this lovely iPhone app before our last trip to London and we just had to share it. It’s a ton of fun. I’ll let the app developers fill you in:

Ever felt you’re not being told the whole story? Black Plaques lift the carefully-placed rug to discover a big stain under it:

What with augmented reality to accompany each story, the effect (most notably with police photos at Jack the Ripper murder sites) can be alarmingly vivid. 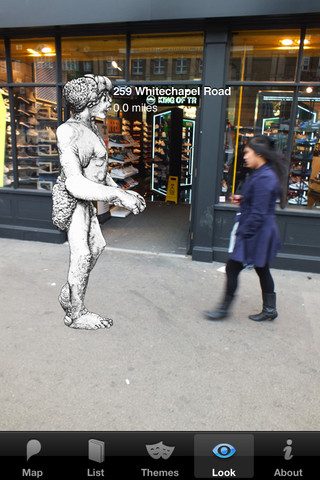 But on a lighter note, it’s not all misery and gore. Black Plaques immortalise any episode where mankind was not enjoying its finest hour – heroic failures, lewd antics and tragic misfortunes mix with the mysterious, farcical and misguided, topped with a dollop of the downright peculiar.

Over 300 virtual plaques create a compendium of colourful vignettes, little-known to locals let alone visitors, exposing the foibles and failings that DON’T get mounted on a wall.

We loved this app! It was a lot of fun on our last trip to London.